Why the 21st Century Actually Might Have Started in 2007

by Patrick J. Kiger Sep 28, 2017
In 2007, the first person to buy the newly introduced Apple iPhone at an Apple store in London was Graham Gilbert, a 22-year-old student from Manchester, England. Andrew Parsons/PA Images/Getty Images

For many of us, the 21st century and the new millennium began on Jan. 1, 2000, because that's the moment that we began to use a 2 as the first numeral in a year rather than a 1. That probably seems like it makes perfect sense, except that as chronological purists will point out, the century and the millennium actually began a year later, because Western civilization uses the Gregorian calendar, which started with the year 1, not 0.

So for those who really want to be a stickler, the 21st century technically began at precisely midnight GMT on Jan. 1, 2001. That moment was dictated by an international conference back in 1884.

What Defines a Decade?

But calendar years can have a tenuous connection to what's really happening in human society and culture. After all, when we think of the Victorian era and its customs and fashions, we think of the 1800s, even though the British ruler after whom that period was named didn't die until Jan. 22, 1901. And when you think of the George Lucas' coming-of-age film "American Graffiti," the cars and the hairstyles and the music seem to evoke nostalgia for the carefree, innocent '50s — even though the film actually is set in 1962. But that's okay, because the summer of that year probably was a lot more like the '50s than the tumultuous era of youthful rebellion, strife and nonconformity that we call the '60s.

The original Apple iPhone was neither the first smartphone nor the first touchscreen, but its popularity upon its introduction in 2007, and its reliance on outside apps, helped define our era.
Steve Silvas/Flickr Vision/Getty Images

You could argue that the '60s actually began in 1963 with the national trauma of the assassination of President John F. Kennedy, or you could pick 1964, the year that Beatlemania revolutionized American youth culture and the Gulf of Tonkin Resolution led to the massive escalation of the Vietnam War, setting the nation down a path toward disillusionment and division.

Similarly, the '70s as we know them probably didn't start until disco music and double-knit polyester leisure suits overwhelmed good taste sometime around 1975 or 1976.

When Did the 21st Century Really Begin?

But getting back to the new millennium and the 21st century, when did that era actually begin, in a cultural sense? In retrospect, the year 2000 seems less and less like a logical starting point for the way that we live now, and more like an extended hangover from the 1990s, especially when it came to technology.

Mobile phones still flipped open and had dim, monochrome screens and tiny keypads. People actually logged on to the internet on their computers, using dialup modems that made a hideous screech. They still went to stories to buy stuff, and mostly read newspapers and magazines printed on paper. Social media, if you could call it that, took the form of online bulletin boards.

If we're going to pick a different demarcation, 2007 might be a better choice. That year saw the debut of the iPhone, which turned phones into multipurpose gadgets with easy-to-use touchscreens that put the internet in our pocket, and became our go-to source for everything from music to messaging to taking pictures. It also was the year that social media started to blow up, as Facebook evolved from a networking site for college students into a way for people all over the world to communicate, get news and share cute cat videos.

Similarly, Twitter was transformed by the invention of the hashtag, which enabled users to sift through tweets by topic and unify into virtual communities around terse slogans. It's also the year that the housing bubble, which would lead to a cataclysmic global economic crisis, first started to show signs of bursting.

The hashtag may seem ubiquitous today, showing up at weddings, in advertisements, and pretty much everywhere. But pre-2007, its use in social media didn't exist.
Hero Images/Getty Images

And it was also the year that future U.S. President Donald Trump made his famous appearance at WrestleMania, which Rolling Stone later described as the beginning of his unconventional path to the White House. It also was the year that North Korea negotiated a deal with the Bush Administration to dismantle its nuclear program, and unfortunately, we know how that worked out.

Isn't It All Arbitrary?

But not everybody goes with 2007. "I do think that a century can be defined by certain events or influential milestones," says Matthew A. Donahue, a lecturer in the Department of Popular Culture at Bowling Green State University, via email. "But I feel that there were really two milestones related to the ushering in of the 21st century. One would be the Y2K transition from 1999 into 2000. Just in terms of this really being an informing moment of the change from the 20th to the 21st century. The hype over this event was spectacular – and while the event itself turned out to be a dud, as in the sky did not fall, aka the world kept going on as usual – this was an informing moment to the public at large that we are heading into a new century."

In addition to the Y2K bug issue, Donahue counts the trauma of the Sept. 11, 2001, terrorist attacks on New York and Washington as contributing to the cultural foundation of today's world.

"This moment brought an impact and influence to the social, political and geopolitical realities worldwide and this impact is still felt today and will be well into the future," he says.

One challenge of picking a starting date for the millennium or the century is the difficulty of deciding what's really significant — or rather, what will seem significant years from now.

"I think that there are certain events that are epiphanies for the individual and society as a whole and those are the ones that have the most impact," says Donahue. "In popular culture there are but fleeting moments that can come up, trends if you will that may seem important in the moment, but have little long lasting impact. In today's 21st century, trends come and go pretty quickly and are quickly left in the dustbin of history. A few more recent pop culture phenomenon: let's try Myspace, Silly Bandz, [the reality TV program] 'Jersey Shore' or even Pokemon Go for that matter. These trends do help to define an overall era, but their impact is not monumental."

Covered in shaving cream, businessman and TV personality Donald Trump and wrestler Stone Cold Steve Austin grapple during a match billed as the "Battle of the Billionaires" at the 2007 Wrestlemania event. Trump won the U.S. presidency nine years later, bringing his combative, showy style to the traditionally reserved position.
Bill Pugliano/Getty Images
Now That's Interesting
Millennium Island in the South Pacific — a coral atoll that was the first place to see the sun rise in 2000 — is at risk of disappearing under rising seas due to climate change, according to NASA Earth Observatory.

Gravitational Waves Detected Again, But This Is the Best Yet 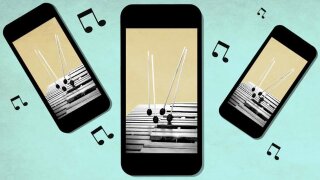 The Origin of the iPhone Marimba Ringtone Is Shrouded in Mystery 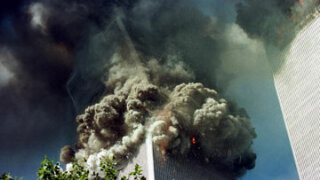 What caused the World Trade Center towers to collapse on 9/11? 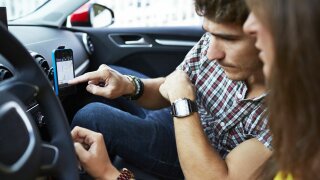 Relying on GPS Prevents Parts of Your Brain From Activating