The City of San Francisco Wreck

by the Editors of Publications International, Ltd.
Next

Deliberate train-wrecking has been an un-common occurrence in the United States. Until the 1995 Amtrak derailment in Arizona, the nation's best known and most intractable act of railroad sabotage was the derailment of the streamliner City of San Francisco on the Southern Pacific Railroad near Harney, Nevada.

At about 10:32 P.M. on August 12, 1939, westbound train No. 101, consisting of 14 cars carrying 149 passengers, approached a bridge over the Humboldt River. Sometime earlier that day, someone had removed the splice bars at a rail joint 165 feet east of the bridge. The rails were pried out of alignment and deliberately re-spiked nearly five inches out of gauge.

The train derailed at 60 miles an hour. The locomotives and the first two cars made it across the bridge, grinding to a stop 865 feet past the gap. The next two cars demolished the bridge and ended up under three others in a mass of wreckage on the riverbed, with the eighth car sticking out of the ravine. Six more cars stayed upright, although three of them had derailed. Twenty-four people died in a scene of horror and devastation.

A nationwide investigation located a number of suspects, but no one was ever charged with the crime. 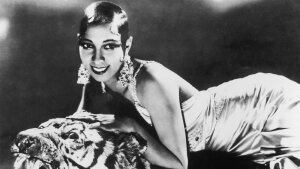