Adults, like children, can be easily captivated by steam locomotives. It comes as no surprise that some individuals built working live-steam models of engines, such as this one, as far back as 1910.
Sanderson Photography, Inc.

During World War I, the US. government had demonstrated for the first time the potential for long-distance motorized freight transport, which had been necessary to supplement the overburdened railroads. Following the war, the United States was left with battered roads -- much like its railroads -- and a huge postwar rebuilding program was begun with taxpayer dollars.

The railroads would enjoy no such rebuilding program. In some cases there would be years of haggling over the government's compensation for using the railroads (each was paid for the period of government control, but payments were based on pre-war freight rates). The entire saga of government control should have pointed to managed competition -- not nationalization -- as the answer to the woes of America's railroads, but it would take a good many more years for anything to be done in that direction.

This circa 1877 view of a New York Elevated Railroad train is notable for the decorous steam dummy locomotive no. 18, Brooklyn, built by Brooks Works that year. These machines had centrally-located cylinders and a water tank atop the boiler.
California State Railroad Museum

As the 1920s dawned, so too did a time of recovery, general optimism, and social experiment -- especially with regard to the role of women in society. American railroaders could look back proudly at their accomplishments over the past two decades, even with the tarnish of wartime confusion and stifling government control. Yet the future held much less promise. A new era was dawning for the transportation systems of America, and railroads seemed likely to have a diminishing role.

Despite the less than favorable economic forecast, the 1920s would become the golden years for American railroading. The decade inspired a romantic image of the industry that persists to this very day. 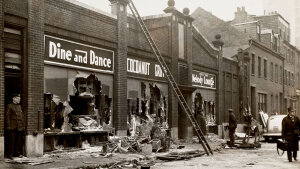 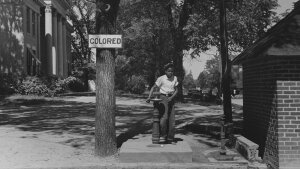