Browse the article Things Are Indeed Bigger in Texas 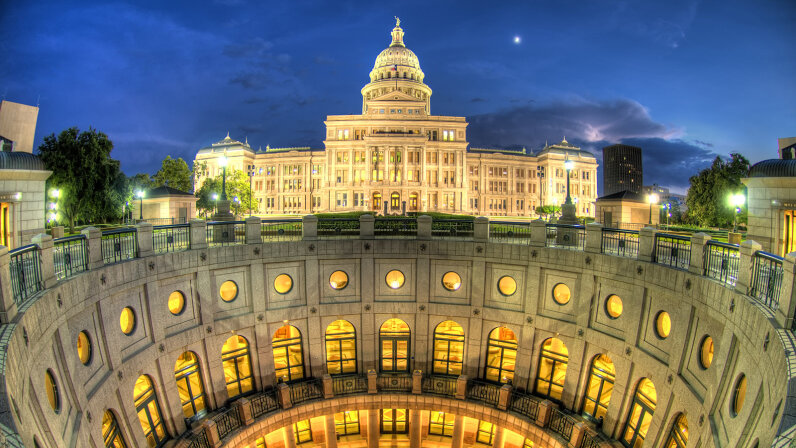 No matter where you live, you've heard it a million times: Everything's bigger in Texas. And a million times, a little voice in your head said, Is it? Like, is this a case of Texas saying something a lot and hoping that it'll someday be true?

Some things are just too hard to measure, like hair height. So we'll just have to give you that one, because you lovely Texas ladies do love your big hair. But there are a lot of things that can be very precisely measured, and it turns out they are bigger in the Lone Star State. But they're not all things you necessarily want to be bigger.

Let's get this out of the way: Texas is a huge chunk of land. It's the second largest state at 268,596 square miles (695,660 square kilometers) behind only Alaska. That equates to 7.4 percent of the total area of the United States. Texas has double the square miles of the 10 smallest states combined. You can fit a good number of East Coast states plus Hawaii inside Texas. Outside the United States, Texas is twice the size of Germany.

Texas is also the second most populous state, with 25.1 million people as of the 2010 census, behind only California. Since then, it's become the fastest growing state, too. Between 2016 and 2017, six of the 10 counties in the U.S. with the largest increases in population were in Texas. The massive Dallas-Fort Worth-Arlington area added nearly 150,000 people in that one year alone.

Governing all these people over all this land requires a building that reflects all this bigness. So of course, Texas has the largest domed state capitol building by square footage, with 18 acres (7.2 hectares) of floor space. It's taller than the U.S. Capitol Building in Washington, D.C., though that building does actually have more square footage.

This isn't exactly "large," but Texas does have the highest speed limit in the U.S. You can drive 85 miles per hour (136.7 kilometers per hour) on State Highway 130 between Austin and San Antonio, but you'll pay for the privilege. It's a toll road.

Perhaps not unrelated, Texas is the biggest contributor to greenhouse gases in the United States. It has twice the greenhouse gas emissions of any other state. Not only are there a lot of cars driving along lots and lots and lots of miles of roads, but you may have heard that there's a little bit of oil in Texas. Enough oil, actually, to make it the biggest oil producer in the country. Industry experts predict that Texas alone will be the third largest oil producer in the world in 2019.

Other contributors to the greenhouse gas issue in Texas have four legs instead of four wheels, and they sound like "moo" instead of "vroom." King Ranch, which was founded in 1853, still raises cattle and farms things like citrus and cotton, and it's bigger than the entire state of Rhode Island. Poor Rhode Island. It's so tiny, it's not like that's a high bar to hurdle. But King Ranch does have 825,000 acres (333,865 hectares), which is nearly 1,300 square miles (3,367 square kilometers). You could nearly squeeze Delaware's 1,950 square miles (5,050 square kilometers) in there if Delaware decided not to have dessert.

Texas is staking a claim on clean energy, too. It doesn't yet have the largest wind farms; that's in China. But it does have three of the 10 largest land-based wind farms in the world (and three of six in the U.S.). The largest wind farm in Texas is 4.5 times the size of New York City.

NOW THAT'S UNNECESSARY
New Braunfels, Texas, boasts the largest convenience store in the world. The Buc-ee's Travel Center on I-35 has 60 gas pumps, which can service 120 cars at a time, and a 67,000-square-foot (6,224-square-meter) store. It has 1,000 parking spaces, a Wall of Candy, a barbecue pit, and 80 soda fountains for filling what can only be the biggest to-go cups. But in a state that takes 14 hours to cross in a car, only the biggest convenience stores will do.