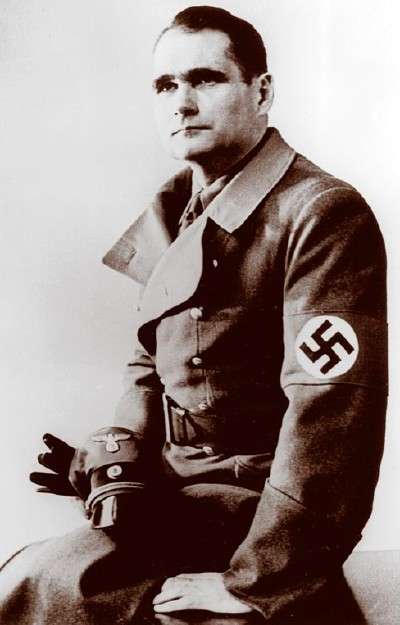 In late April 1941 Greece surrendered to the Axis. This and other important events from this period are detailed in the World War II timeline below.

April 13: Confident that there will be no German invasion, Joseph Stalin shores up his eastern frontier with the signing of a Japanese-Soviet neutrality pact.

April 14: With supply lines stretched to the limit, German General Erwin Rommel's Afrika Korps is forced to halt its stunning advance across Libya, just beyond Tobruk.

Egypt's King Farouk secretly tells Hitler that he would welcome a German invasion force and expulsion of the British.

April 16: Representatives of the United States and Japan meet in Washington to resolve their differences. President Franklin Roosevelt opens the talks by laying out what he sees as four critical points in international relations: territorial integrity, noninterference, equal opportunity for commerce, and stability in the Pacific.

April 26: Rommel's Afrika Korps advances, forcing the British to back out of Libya and into Egypt.

April 30: The Nazi Party bans the display of the crucifix in schools across Bavaria, inciting anger through this deeply Catholic region of southern Germany. The crucifixes will be restored.

May 1941: SS Reichsführer Heinrich Himmler decrees that writing one's name, simple arithmetic, and obedience to Germans is all the education needed for the non-German, eastern population of the conquered territories.

Below are more images and headlines detailing the events of World War II and the Nazi German march through eastern Europe.

Nazi Deputy Rudolf Hess crashes in Scotland: On May 10, 1941, German official Rudolf Hess made an unauthorized visit to Britain. He was arrested after he broke his ankle in a parachute jump from his Messerschmitt, which crashed just south of Glasgow, Scotland. Hess, whose German title of deputy Führer put him in charge of the Nazi Party apparatus, was on a solo mission. He said he wanted to negotiate a peace in which Britain would be safe from attack if it gave Nazi Germany a free hand in Europe. Dismissed as insane by the British and Adolf Hitler, Hess remained in Allied imprisonment until his death in 1987.

German propaganda magazine woos Europeans: In March 1943, Life magazine declared, "The deadliest weapon in the vast Axis propaganda arsenal is Signal... a German twice-a-month picture magazine patterned after LIFE." Signal was a modern, attractive, oversized magazine that downplayed social and political differences among European nations, promoted their "common cause" against Bolshevism, and encouraged a new order referred to as Pax Germanica. Published from 1940 to 1945 in 25 languages, Signal reached a circulation of 2.5 million copies per issue -- making it the most popular propaganda publication in wartime Europe.

Britain takes control in Iraq: In May 1941, British forces rolled into Baghdad to bring about regime change. For the rest of the war, Iraqi officials cooperated with the British. However, many historians believe that the easy British victory heightened both Arab nationalism and Islamic fundamentalism. Especially troubling to the British were the intrigues of Grand Mufti Muhammed Amin al-Husseini -- a man of deceptively gentle manners and soothing voice. The grand mufti was a favorite of Adolf Hitler, for whom he recruited Muslim soldiers.

In June 1941 Rudolf Hess made his famous flight to Scotland. This event and others are summarized on the World War II timeline on the next page.