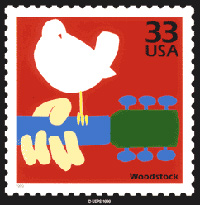 On August 15, 16 and 17, 1969, just a month after the famous moon landing of Apollo 11, the world witnessed another giant leap of sorts. This time it was the Woodstock music festival in upstate New York. An estimated 500,000 people converged on one small town to hear three days of music. The fact that this many people would come this far for the sake of song told us something about the human experience at that time -- although exactly what it told is unclear.

Even though you probably weren't there, it's quite likely you've heard of the event known as Woodstock. You might have heard that there were sex, drugs and rock 'n' roll. Or maybe you heard that there were problems with food, sanitation, parking, traffic and even potable water. You've possibly heard that the music was fantastic -- a musical lineup that's unlikely to be ever reproduced in any era. And all of this is true, so let's take a look at exactly how it all happened.

The first thing you need to recognize is that 1969 was prime time for "counterculture" in America. The counterculture included drug use, anti-war protests, anti-capitalism, the concept of free love, the Women's Liberation movement, communal living and much more. America was divided. On one side were a group of Americans sporting "America: Love it or Leave it" bumper stickers and supporting the Vietnam War. On the other side were a group of Americans known as the hippies -- a term that became mainstream sometime around 1967.

The second thing to recognize is rock music was becoming a very big phenomenon. Woodstock was about counterculture musicians like Joan Baez, Grateful Dead, The Who, Jimi Hendrix, Janis Joplin, and Crosby, Stills and Nash. Booking dozens of counterculture bands all in one place turned Woodstock into a magnet that attracted people from all over the country. 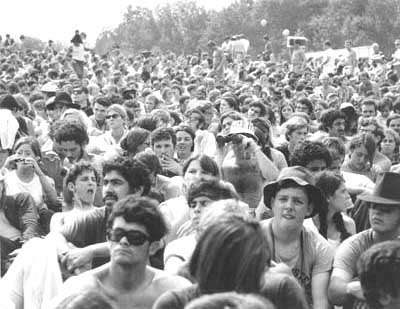 Hippies spread the love and listen to a legendary lineup of bands during the Woodstock Music Festival.
Photo courtesy Associated Press