Browse the article 10 Weirdest Headlines of 2011 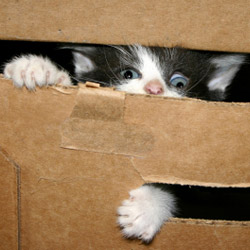 What do a polydactyl cat and a diamond "planet" have in common? Both made headlines in 2011. (This little guy isn't the cat in question, but check out those extra digits on the inside of each paw.) See more pictures from 2011.
©iStockphoto.com/Denise McQuillen

Stock prices, political unrests, crime reports and unemployment numbers: There were plenty of serious news headlines to grab our attention in 2011. Fortunately, there were a few lighthearted ones, too.

From rock stars' scrawls being studied like cave paintings to real-life superheroes who made a mess out of fighting crime, we invite you to join us as we recap 10 of the wackiest stories that popped up on Web sites, got shared on Twitter and Facebook, filled up the last 30 seconds of the nightly news or attracted attention at the newsstand. (But not via tabloids, which we decided to exclude from the running. Those would've made for a whole different article.)

It all starts on the next page with the story of a stray cat that helped raise thousands of dollars -- thanks to his unusual toes. 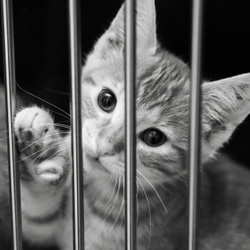 This fella isn't Daniel either, but he's kindly giving us a better look at the underside of a polydactyl paw.
©iStockphoto.com/suemack

When Milwaukee Animal Rescue learned its rent would double, the news nearly spelled disaster for this nonprofit in Greendale, Wis. Soon, however, an unclaimed pet that the shelter had saved from being euthanized stepped in to perform a rescue of his own.

Daniel, an orange-and-white striped, mixed breed cat, has a physical feature so unique that he came to symbolize the special companionship that rescued animals can offer -- and it helped raise thousands of dollars for the shelter he calls home. Daniel has 26 toes instead of the 18 that most cats sport. The two extra digits on each paw are a genetic mutation known as polydactylism.

Although Daniel doesn't have enough toes to claw his way into the record books (the world record–holding cat has 28 toes), he has caught plenty of $26 donations from admirers. Within six weeks of adopting Daniel in October 2011, the Milwaukee Animal Rescue received a total of $80,000 in public contributions, enough to consider purchasing a building to house, in part, its permanent 26-toed mascot: Daniel [source: Antlfinger].

Like many of the roadways that form the transportation lifeline across the U.S., the portion of Interstate 15 near Salt Lake City is occasionally the site of road-improvement projects. On Oct. 25, 2011, however, one stretch of I-15 was repaved in an unexpected way.

A truck moving millions of bees ran into trouble when its driver failed to successfully navigate a construction zone. The truck hit a barrier and overturned, causing the 450 bee colonies it carried to topple over, too. Although the hives were held in with netting, an estimated 20 million bees escaped and covered the Interstate, which led to a traffic standstill -- at least for a few hours [source: Nelson].

While about 20 local beekeepers scrambled to help round up the bees, two responding law enforcement officers and the truck's driver were treated for bee stings. No word on when the sting of losing their homes wore off for the bees. 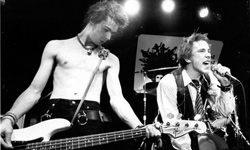 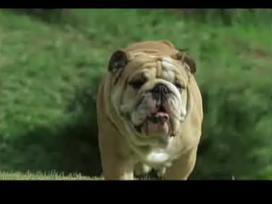 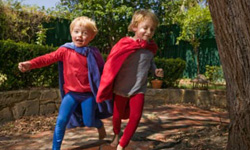 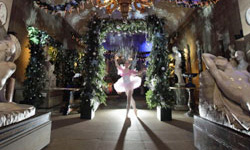 Freelance journalism jobs are known for their long hours and low pay, so the idea that someone would fake a reporting gig probably didn't cross the minds of those vetting potential contributors at West Valley City newspapers. Perhaps that's why the city's mayor was able to pose as a reporter eager to write about the area's upbeat news.

In 2011, Mayor Mike Winder took the promotion of West Valley City, Utah, to a whole new level when he created the alias Richard Burwash, set up a false Facebook page and e-mail address under the name, and began communicating with editors. He even contributed a series of buoyant articles under his assumed byline and sometimes quoted himself (his actual, mayoral self, that is) in the articles. Winder eventually decided to come clean when he embarked on a bid for a higher office [source: Foy]. 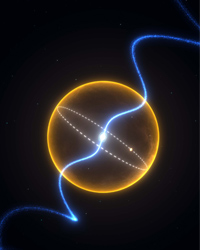 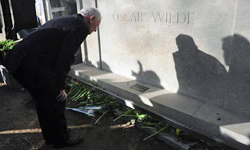 In 2011, a convict sued his former hostages for $235,000. According to the lawsuit, when fugitive murder suspect Jesse Dimmick broke into a newlywed couple's Kansas home in 2009, the couple promised to accept money from him in exchange for hiding him from the authorities who he claimed were actively giving him chase. After eating Cheetos, drinking Dr. Pepper and watching a movie, Dimmick fell asleep. At which point the couple made a hasty exit and contacted police.

Dimmick, who is representing himself in court, contends the couple reneged on the oral contract they allegedly made with him, so he's asking for money to cover his medical bills and other expenses. (Dimmick required treatment after an officer's firearm accidentally discharged during his capture and shot him in the back.) As of Nov. 28, 2011, the couple he held hostage had filed a motion to have the claim dismissed [source: Hrenchir].