by Cristen Conger
Prev NEXT
13 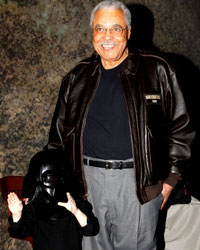 The Super Bowl is one of the first major pop culture-shaping events of each year, with spectators glued to their televisions lest they miss a single buzz-worthy commercial. In 2011, one of the best pricey ads that debuted during the annual pigskin showdown borrowed from vintage pop culture to feed current pop culture.

A young child dressed up in a Darth Vader costume stomps around the house with the familiar John Williams "Star Wars" score piping in the background, unsuccessfully attempting to "use the Force" to move various objects. Employing simplistic humor and no dialogue, the car commercial charmed audiences enough to make the Super Bowl spot into an online viral hit. The subtle, but savvy Volkswagen Passat ad, titled "The Force" attracted more than 45 million YouTube views as of December 2011 since its prime time debut. It was even a highbrow hit, earning a Film Gold Lion Award at the 2011 Cannes Film Festival [source: Nudd].