Browse the article What Was the Christmas Truce? 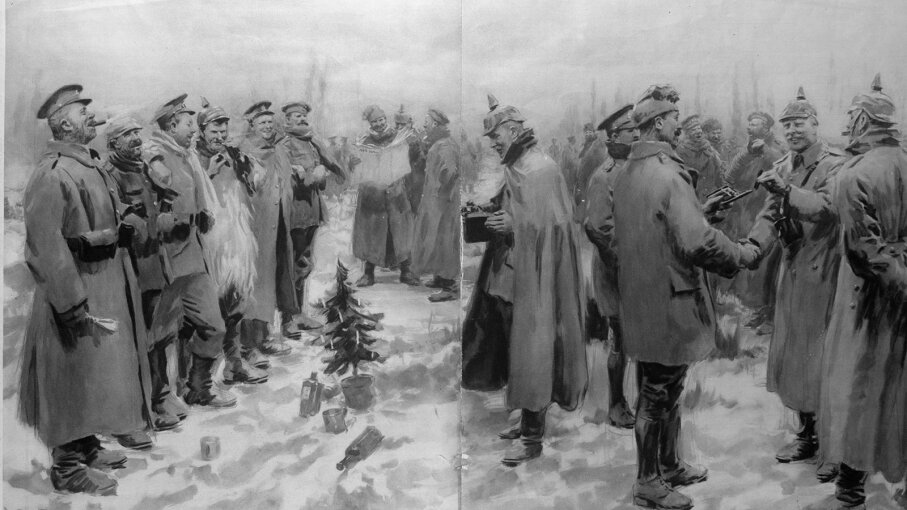 German and British troops celebrate Christmas together during a temporary cessation of World War I hostilities known as the Christmas Truce. Mansell/Mansell/The LIFE Picture Collection via Getty Images

World War I gave the world its first brush with efficient widespread death. More than 8.5 million people would lose their lives to the war. Troops used trench warfare for the first time. The hundreds of miles of trenches that marked the landscape from the English Channel to Switzerland held an astounding average of one soldier for every four inches. Both sides held tenaciously to their positions: The Battle of Verdun lasted nine months, caused 300,000 deaths and resulted in almost no change in the position of the lines [source: PBS].

New technology made its way onto the battlefields of France, Germany and Belgium, bringing death to soldiers in new, horrible ways. Machine guns, which made­ their debut in the American Civil War, became more efficient over the ensuing decades, and by the early 20th century could deal 600 rounds per minute. Chemical warfare was refined in the form of mustard, chlorine and phosgene gases. Airplanes were used for the first time in major combat, introducing the concept of mass-casualty bombings. The tank and the flamethrower both made their debuts with mixed results.

­The casualties of World War I extended to civilians, making "The Great War" a "total war" [source: PBS]. Soldier Joshua Campbell wrote this of a bombardment in the town of Dunkirk, France: "Another day one of them hit a group of children at play in front of the billet where at one time we lodged, and one never knew how many children had been killed, so complete was their annihilation" [source: Campbell]. World War I also brought g­enocide into the 20th century, as the Ottoman Turks slaughtered more than one million ethnic Armenians.

In the midst of all of this madness, however, an event took place that serves to renew a little faith in humanity. The Christmas Truce was a brief moment of sanity standing out against the chaos of war. Read on to find out what happened.

The Christmas Truce of 1914 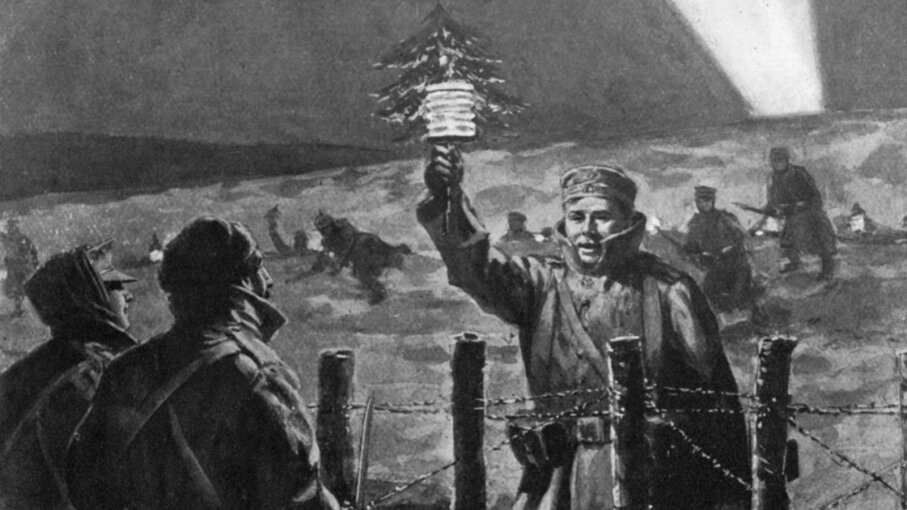 One of the first public statements Pope Benedict XV made when he was elected to the papacy was to plea for a truce on Christmas Day. Although the Germans entertained the idea of a Christmas truce, the Allied forces rejected it. Benedict's request fell to the wayside; World War I had begun in earnest.

On the Western front, in the Flanders area of Belgium, the Christmas season arrived amid heavy fighting. Both sides were dug in, and miserable soldiers learned what it meant to live in discomfort and mortal fear. In some cases enemy soldiers fought from trenches just 30 yards (27.4 meters) from one another [source: Rees]. The area between each side's trenches -- No Man's Land -- was littered with corpses. Dead eyes stared back at the soldiers in the trenches from the frozen mud.

The small trees -- tannenbaums, in German -- were sent to the front, replete with small candles to light. On Christmas Eve 1914, German soldiers lit the candles and set some trees upon the ledges of the their trenches. When they began singing, the British troops joined in. Wary, hopeful soldiers began to peer over the trenches.

As Christmas broke over Flanders, a truce was carved from the spirit of the season. Germans held up signs: "You no fight, we no fight." British troops responded with signs proclaiming "Merry Christmas." This Christmas turned out to be a merry one.

Christmas in No Man's Land

No Man's Land became a meeting ground, as muddy, cold soldiers emerged from their trenches. The very same pudding and chocolate sent to soldiers from home in Berlin and London served as impromptu Christmas gifts between men who had just hours before shot at one another. Soldiers exchanged jokes and tobacco. One German, a juggler, put on a show in the middle of No Man's Land. The English produced a soccer ball and a pick up game broke out. The Germans won 3-2 [source: Rees].

The extent of the Christmas Truce is amazing. In some places fighting continued, but this was unusual. In some areas, officers established truces. In others, rank-and-file soldiers established trust. Some soldiers defied direct orders from their commanding officers and met up with enemies who were, for the moment, no longer their foes. In other cases, officers encouraged the truces, or at least didn't intervene.

But as both sides' high commands ordered soldiers to get back to war, the shooting began again. In some places, though, the peace lasted until after the New Year.

Eventually, the hope of a lasting peace, provoked by the men in the trenches who were asked to fight the war, faded into the sky over Flanders with the gun smoke. The Christmas Truce ended, and the war continued for four more years. While the spontaneous peace which took place on Christmas 1914 must have seemed like a dream, it's even more surreal that the soldiers took up arms against one another again afterward.

For more information on World War I and other related topics, visit the next page.