by Jesslyn Shields Feb 16, 2017
Remnants of a parchment scroll that had been processed for writing were uncovered in Qumran's Cave 12. Casey L. Olson and Oren Gutfeld

Once, maybe around the time Jesus was alive, Cave 12 was called something different. Perhaps it didn't even have a name, but at the time members of the Jewish sect known as the Essenes thought the cave would be a good place to hide some religious documents — a portion of the ancient writings we now call the Dead Sea Scrolls.

So, century after century, these scrolls sat in ceramic jugs in Cave 12 in the desert of the West Bank, on the northwestern shore of the Dead Sea, at a site now known as Qumran. In 1947, the first cave containing Dead Sea Scrolls — Cave 1— was found by a shepherd, and 10 other caves were subsequently discovered and excavated by archaeologists, some of them containing scrolls chock full of clues to the origins of Christianity, among other things. A few caves, however, were found to have contained scrolls, but had been looted before the archaeologists could get to them.

Now, 60 years after the most recent discovery at Qumran, a 12th cave has been discovered. And though it doesn't contain new scrolls, archaeologists are pretty pumped.

"Until now, it was accepted that Dead Sea scrolls were found only in 11 caves at Qumran, but now there is no doubt that this is the 12th cave," said Dr. Oren Gutfeld, an archaeologist at the Hebrew University's Institute of Archaeology, in a press release. "Finding this additional scroll cave means we can no longer be certain that the original locations (Caves 1 through 11) attributed to the Dead Sea scrolls that reached the market via the Bedouins are accurate."

So what wasn't found in Cave 12 is almost as helpful to archaeologists as new scrolls would have been. The presence of broken jars, string for tying the scrolls, pieces of leather that were incorporated into the scrolls, parchment being prepared for writing, in addition to pickaxe heads from the 1950s, prove almost without a doubt that scrolls were once there, but it tells a more complete story of the history of the Dead Sea scrolls. The cave also contained arrowheads, flint blades, and a decorated carnelian stamp seal from the Chalcolithic and the Neolithic periods, proving that this cave was in use by humanity well before it became a storage unit for religious texts.

"The important discovery of another scroll cave attests to the fact that a lot of work remains to be done in the Judean Desert and finds of huge importance are still waiting to be discovered," said Israel Hasson, director-general of the Israel Antiquities Authority in the same press release.

Archaeologists stand near the entrance to Cave 12 in Qumran, Israel.
Casey L. Olson and Oren Gutfeld
Archaeologist Ahiad Ovadia digs inside Cave 12.
Casey L. Olson and Oren Gutfeld
Now That's Interesting
More than 900 scrolls have been found in the caves at Qumran, representing fragments of 350 separate works across multiple copies. The scrolls contain hymns, prayers, several copies of the Hebrew Bible, and an early version of the Ten Commandments, among other things.

Brainwaves and 'Emotional ID' Could Replace Passwords and PINs 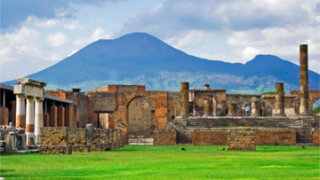 If Those Aren't Human Hands in Ancient Cave Art … What Are They?