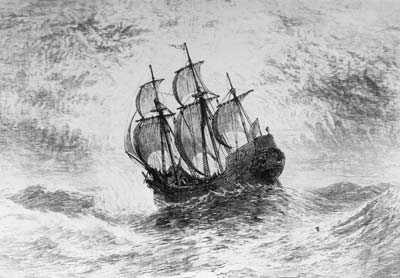 The Mayflower was the ship in which the Pilgrims crossed the Atlantic to the New World in 1620. See a modern replica of the Mayflower, next. 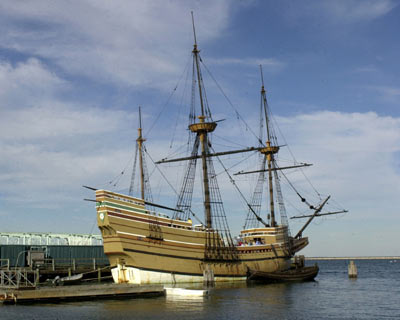 The Mayflower II, a replica of the ship which carried the Pilgrims to the New World, is docked in Plymouth Harbor Nov. 25, 2003, in Plymouth, Massachusetts. See one of its 'crew members' in the next photo. 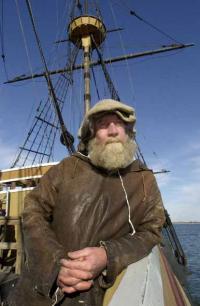 Tom Leahy, who portrays Seaman Wood aboard the Mayflower II, looks out across Plymouth Harbor. Next up, see a less-precise replica of the original Mayflower. 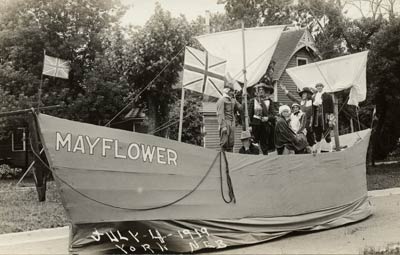 Manned by a crew of people in period costume, a parade float designed to look like the Mayflower is readied for an Independence Day parade in York, Nebraska. Get a closer look at a Pilgrim-style period costume, next. 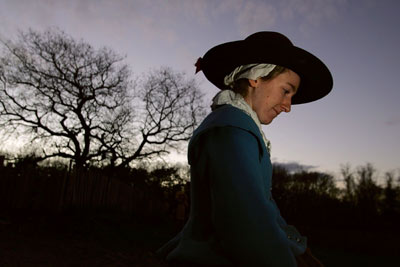 Re-enactor Constant Snow walks through the 1627 Pilgrim Village at 'Plimoth Plantation,' where she and other role-players portray Pilgrims seven years after the arrival of the Mayflower in Plymouth, Massachusetts. See tourists at the plantation, next. 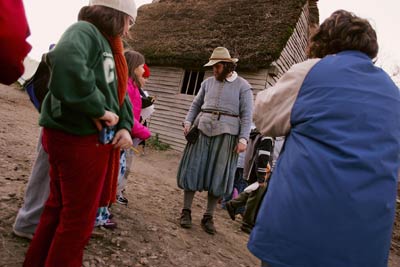 Visitors meet a local at the 1627 Pilgrim Village at 'Plimoth Plantation.' Why were the Pilgrims so important to history? Next up, see an illustration of one of their defining moments. 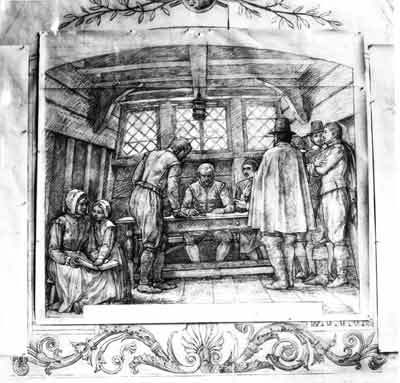 Pilgrim leaders sign the compact document in one of the Mayflower's cabins on Nov. 11, 1620. The agreement helped to establish the American tradition of government based on the consent of the governed. See the landing of the Mayflower in the next image. 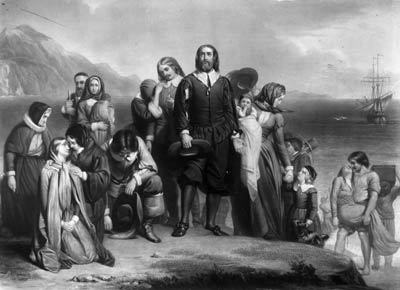 The Pilgrims who traveled on the Mayflower landed in New England, where they founded the Plymouth Colony (original artwork: Painting by Charles Lucy). Next, see the Pilgrims interacting with the Native Americans. 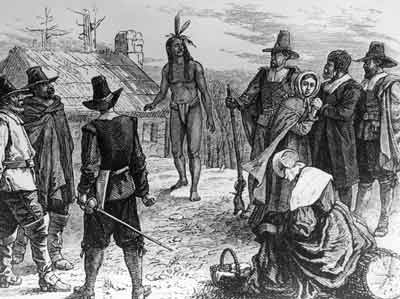 This circa 1700 engraving, after a painting by Baron Wappers, shows the Pilgrims in America. Read these articles to learn more about Colonial America.