by Marshall Brain
NEXT PAGE 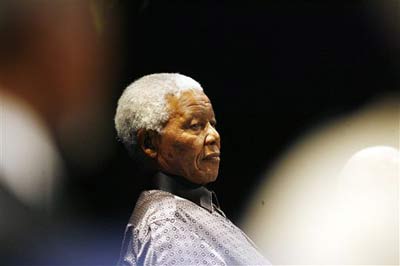 On August 5, 1962, Nelson Mandela was arrested. This arrest set in motion a chain of events that made Nelson Mandela a household name around the world. It also eventually brought about the end of the South African political system, known as apartheid. Eventually Nelson Mandela became the president of South Africa, and he received the Nobel Peace Prize in 1993 -- one of the highest honors that human beings bestow upon each other.

What was it that made his arrest so powerful? To understand the significance, you need to understand what happened both before and after that day.

Nelson Mandela was born on July 18, 1918, near the South African town of Qunu. He lived a fairly prosperous life as a child, attending private schools and then college. He finished college while working as a law clerk in Johannesburg.

After the elections in 1948, the apartheid political system became the law of the land in South Africa. Under this system, the country was divided along racial lines, with one area known as White South Africa, another as Black South Africa, and so on. Everything having to do with government, including voting, education and so forth, was divided along racial lines. As a result, whites controlled every aspect of the South African government. Over the course of the next several years, a number of laws were enacted to enforce the separation between races. For example, interracial marriage became illegal, different areas of South Africa were set aside for people of different races to live, and by 1953, it was illegal for different races to share facilities like drinking fountains and restrooms.

Mandela started working peacefully against apartheid, but he was arrested for the first time in 1956, accused of treason along with 150 others. All were eventually set free, but the arrest had an effect. By the 1960s, influenced by his time in prison and other events like the Sharpeville Massacre, Mandela's peaceful ideas changed. He led an armed resistance that used techniques such as the destruction of government property to fight against apartheid. It was for these acts that he was arrested and imprisoned in 1962.

The apartheid system in South Africa was growing around the same time the United States was working to undo decades of racial discrimination against blacks. As you might imagine, the sentiment in the United States and the rest of the world was very much against apartheid, and the imprisonment of Nelson Mandela caused a great deal of angst.

The breakthrough came in 1989, when then-president P.W. Botha lost his office due to a stroke he suffered. Botha's replacement, F.W. De Klerk, released Nelson Mandela from prison in 1990. De Klerk then oversaw the dismantling of the apartheid system. De Klerk and Mandela shared the Nobel Peace Prize in 1993 for their combined efforts to end apartheid.

Because Mandela had so much public recognition in 1994, and blacks held a majority in the new democratic South Africa, he was elected president in the first free election.