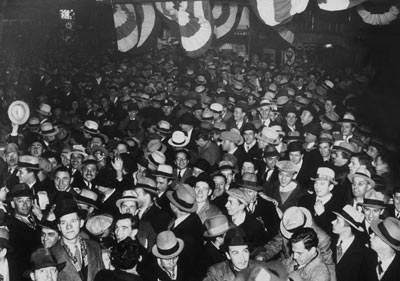 It takes one constitutional amendment to undo another. Enter the 21st Amendment, the first — and, so far, only — amendment to restore rights taken away by a previous amendment. In 1932, both parties called for the 18th Amendment to be repealed. In 1933, Congress answered by passing a resolution proposing the repeal. Once three-fourths of the states had ratified the resolution, the 21st Amendment was passed and alcohol began to flow again legally in the United States.

By Dec. 5, 1933, when the amendment was ratified, even people who had vocally supported Prohibition had changed their tune dramatically. Their opinions about the evils of alcohol remained, but they had realized the effects of Prohibition to be far-reaching and perhaps worse than alcohol itself. According to famous tycoon John D. Rockefeller, "Drinking has generally increased, the speakeasy has replaced the saloon; a vast army of lawbreakers has been recruited and financed on a colossal scale."