Ridiculous History: Sentenced to Death by Molten Gold Down the Throat

Browse the article Ridiculous History: Sentenced to Death by Molten Gold Down the Throat 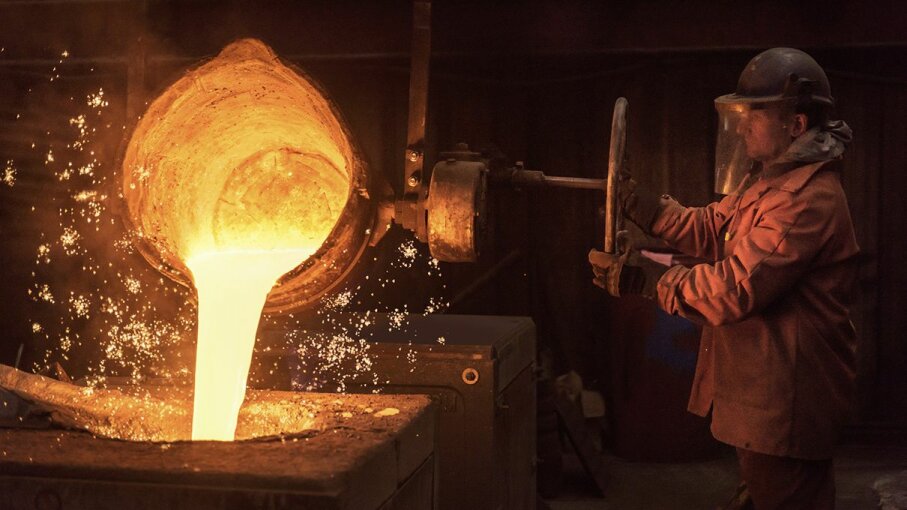 Imagine burning-hot, molten metal poured not into a safe and insulated crucible, but rather your open mouth. That horrifying form of execution actually happened. Monty Rakusen/Getty Images

Imagine being tightly bound and surrounded by an angry group of people in 16th-century Ecuador. The crowd parts as a man walks toward you with a crucible of molten gold. He forces your mouth open as you struggle as hard as you can, but to no avail. Boiling, bubbling, glowing molten gold is poured into your open mouth, killing you within seconds. Terrifying, right? That's is exactly what happened to a Spanish governor in the colonial settlement of Logroño in 1599.

It turns out that the governor of the Amazonian town had been cheating the indigenous Jivaro tribe (also known as Shuar) in their gold trade, which resulted in a violent revolt. The Jivaro attacked the Logroño settlement, and during the ensuing massacre of up to 25,000 Spaniards, executed the governor by pouring the object of his greed down his throat. The Jivaro then burned the remaining settlement to the ground.

The Jivaro tribe of the Peruvian and Ecuadorian Amazon retains much of its traditional culture in modern times.
Wolfgang Kaehler/Getty Images

And it wasn't actually the heat from molten metal that killed the victims, according to a 2003 study published in the Journal of Clinical Pathology, or the fact that the lead the scientists used solidified within 10 seconds — it was the steam it produced when poured into a body cavity. The scientists who looked into the practice used molten metal and a cow's larynx obtained from a slaughterhouse to test the procedure. As unsettling as this account is, the use of hot metals and other liquids for torture or execution was not limited to South America. While there was no shortage of torture methods across the Atlantic, the practice of pouring molten metal down a victim's throat is also said to have been used in Europe by the Spanish during the Inquisition, as well as the Romans before them.

Marcus Licinius Crassus (115-53 B.C.E.) was a Roman politician, mentor of Julius Caesar, and quite possibly one of the wealthiest men in Roman history. Crassus amassed a personal fortune primarily by seizing the assets — including property, slaves and riches — of those declared enemies of the state. A shrewd and well-liked leader, Crassus was successful in both the political and military arenas.

Two of his most notable victories included the defeat of the Spartacus slave rebellion and formation of the First Triumvirate, a three-way alliance between Crassus, Julius Caesar and Gnaeus Pompeius Magnus, better known as Pompey the Great.

An ongoing feud with Pompey ultimately proved to be the downfall of Crassus. Driven by this grudge, Cassus embarked on his final military campaign Parthia, a region in modern-day Iran. Crassus and his legions were defeated by the Parthian King Orodes II. Crassus was taken alive and, according to legend, executed by having molten gold poured down his throat as literal reference to his unquenchable thirst for wealth.

"This moment is so iconic because it represents the height of poetic justice in the series," says Luke Watson, founder of pop-culture site Essential TV and host of weekly live recaps of "Game of Thrones" episodes. "Viserys' entire persona and every decision he makes is built upon a foundation of entitlement, in combination with a chip on his shoulder from being denied his birthright. He makes life miserable for everyone around him in pursuit of the crown, which reveals everything about how he would rule if he ever won it."

Although Viserys' story arc is the first to be fully realized in the show, it sets the tone for the series, Watson says.

"['Game of Thrones' creator] George R.R. Martin doesn't just have a talent for murdering characters, but for doing so in a way that reinforces the broader themes of his story, which also speaks to faults that are inherently human," Watson says.  Martin has taken inspiration from real-life history for much of his fantasy, and though there's no record of him specifically drawing from this gruesome execution method of the past, it's not too much of a stretch to think he might be aware of it. "With so many characters to kill, I'm sure he has taken note of many memorable murder-methods," Watson says.

Now That's Interesting
The Torture Museum in Amsterdam provides a glimpse into the inhumane practices of the past with an international exhibition called "Punishments and Verdicts in the Middle Ages." The exhibition features more than 40 devices of torture and execution, including a guillotine and an Inquisition chair.