How did people get involved with the Underground Railroad? 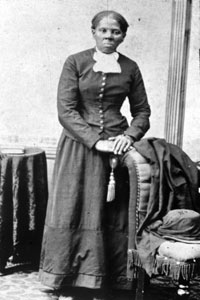 Harriet Tubman, an escaped slave herself, led many others out of the South.
MPI/Getty Images

Most who escaped slavery, especially early in the Underground Railroad's history, were men who traveled alone -- it was a difficult trek, and groups attracted more attention. But as the number of refugees increased, so did the creativity of conductors, who found ways for groups to travel. Railroad volunteers added hidden passages and rooms to their houses (one house in Gettysburg, Pa., now converted into a restaurant, still has a movable bookcase that reveals a hiding place for fugitives). They added curtains to stagecoaches and designed wagons with hidden compartments.

The people who helped slaves escape were mostly free and enslaved blacks, but some whites did participate. Religious groups, especially Quakers, were often involved -- as were others who were moved by stories of cruel masters or the sight of another human in agony. Before the 1830s, very few people knew anyone else along the route, except perhaps by reputation.

Fugitives typically trusted only other blacks, and sometimes the Quakers, who were fairly easy to recognize in their broad-brimmed hats and long coats. But as membership in anti-slavery societies increased, this changed. There was more organization, and people became more familiar with each other.