by Julia Layton
Prev NEXT
8 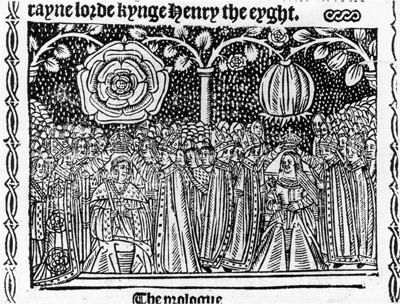 Edward Stafford carried Henry's crown at the coronation of the king and his queen, Catherine of Aragon.
Hulton Archive/Getty Images

Ed­ward Stafford was of royal blood, a descendant of King Edward III. He was powerful in Henry VIII's court, he bore the crown at Henry's coronation and he was popular with the people. Stafford also won a battle against Cornish rebels in the English countryside in 1497 [source: Luminarium] and was considered to be a great military leader. Henry VIII was not.

However, stirrings at court ended his friendship with Henry when people began to whisper about Stafford's claim to the throne. The king put Stafford on the sidelines, and Stafford fought back. He became the central figure around which many marginalized nobles gathered, and he came to be a voice of opposition against the king.

Stafford may have been simply ignored, or imprisoned, had it not been for a rumor that surfaced in 1521. People said Stafford was speaking about the king's death. Some claimed they'd heard Stafford describe visions of Henry's demise. Henry's top advisor at the time, the powerful Cardinal Wolsey, hated Stafford and encouraged the king to take the accusations seriously.

After questioning witnesses himself, Henry must have been convinced by the accusations because he had Stafford beheaded for treason that year. Henry VIII never faced another serious claim to his throne.

Threats to his policies, though, persisted throughout his reign. They became common practice once he started his quest to annul his marriage to Catherine of Aragon. One source of significant protest came from an unlikely source, a young servant who claimed to have supernatural insight. Henry didn't care for her mystical visions.