Browse the article 12 Renowned Women of the Wild West 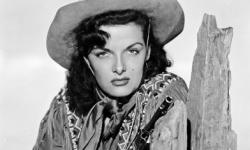 Perhaps no other time in America's history is as steeped in myth, legend, and adventure as the pioneering age of the "Wild West." Outlaws, lawmen, cowboys, American Indians, miners, ranchers, and more than a few "ladies of ill repute" emerged in this era, from 1865 to 190­0.

­Any female settler in the West was a heroine in her own right, but listed here are a few of the more famous (and infamous) women of this intriguing period.

Our list begins on the next page with "The Rose of Cimarron," whose rebelliousness runs in the family.

In a family of outlaws, it was only a matter of time before "The Rose of Cimarron" was working in the business, too. Dunn met Doolin Gang member George Newcomb and joined him as he and his crew robbed stagecoaches and banks. During a particularly nasty gunfight, Dunn risked her life to supply Newcomb with a gun and bullets and helped him escape after he was wounded in battle. Dunn died around 1950 in her mid-seventies, a respectable citizen married to a local politician.

Pearl Hart was born in Canada around 1870, but by the time she was 17, she was married to a gambler and on a train to America. She especially liked life in the West, and, at 22, tried to leave her husband to pursue opportunities there. Her husband followed her and won her back, but Hart was already living it up with cigarettes, liquor, and even morphine. After her husband left to fight in the Spanish-American War, Hart met a man named Joe Boot, and they robbed stagecoaches for awhile before she was caught and jailed. Hart is famous for saying, "I shall not consent to be tried under a law in which my sex had no voice in making." She was eventually released, but the rest of her life is unknown.

Also known as "Cattle Kate," this lady of the West made a name for herself in the late 1800s when she was in her mid-twenties. Watson worked as a cook in the Rawlins House hotel and there she met her true love, James Averell. The two were hanged in 1889 by vigilantes who claimed Averell and Watson were cattle rustlers, but it is now believed that their murder was unjustified, the result of an abuse of power by land and cattle owners.

One of the most famous madams in history, this red-haired siren was born in Indiana around 1860 and made her way to Colorado during the Silver Panic of 1893. De Vere told her family she was a dress designer, but in fact rose to fame as the head of The Old Homestead, a luxurious brothel in Cripple Creek, Colorado. The price of a night's stay could cost patrons more than $200 -- at a time when most hotels charged around $3 a night! The building was reportedly equipped with an intercom system and boasted fine carpets and chandeliers.

Before Britney and Christina, even before Tonya Harding and Nancy Kerrigan, there was the rivalry between this sharpshooter and her nemesis Annie Oakley. Born in 1871, Smith joined Buffalo Bill's show at age 15 and was notorious for bragging about her superior skills, wearing flashy clothes, and cursing like a sailor. When the show went to England in 1887, Smith shot poorly and was ridiculed while Oakley rose to the occasion. This crushing blow put Smith behind Oakley in the history books, and she died in 1930, a relatively obscure relic of the Old West.

Like many women of the Wild West, Etta Place's life is shrouded in mystery and legend. Was she a schoolteacher who left her quiet life for the drama of the outlaw life? Was she Butch Cassidy's girlfriend? Was she in love with the Sundance Kid or were they just friendly cousins? Evidence seems to indicate that Place was born around 1878 and became a prostitute at Fanny Porter's bordello in San Antonio, Texas. When the Wild Bunch came through, Place went with them to rob banks. She wasn't with the boys when they were killed in South America in 1909, and some believe she became a cattle rustler, but no one really knows for sure.

More commonly referred to as "Rose of the Wild Bunch," this outlaw was born around 1876 in Knickerbocker, Texas, and learned the outlaw trade by observing her bank-robbing father. Eventually hooking up with Butch Cassidy and his Wild Bunch, Bullion fenced money for the group and became romantically involved with several members. Most of those men died by the gun, but "The Thorny Rose" gave up her life of crime after serving time in prison and died a respectable seamstress in Memphis, Tennessee, in 1961.

A smolderingly good-looking actor born in 1861, Marcus came to Tombstone, Arizona, while touring with a theater group performing Gilbert & Sullivan's HMS Pinafore. She stuck around to marry sheriff John Behan, but when Wyatt Earp showed up, her marriage went cold, and she and Earp reportedly fell in love. This young lady was supposedly the reason behind the famous gunfight at the OK Corral -- a 30-second flurry of gunfire involving Wild West superstars Doc Holliday, the Clayton Brothers, and the Earps. She passed away in 1944 and claimed until her dying day that Wyatt Earp was her one and only true love.

Born Martha Jane Canary in Missouri around 1856, Calamity Jane was a sharpshooter by the time she was a young woman. She received her nickname, Calamity Jane, when she rescued an army captain in South Dakota after their camp was attacked by Native Americans. Jane was said to be a whiskey-drinking, "don't-mess-with-me" kind of gal. She is reported to have saved the lives of six stagecoach passengers in 1876 when they were attacked by Native Americans, and she joined Buffalo Bill's show in the mid-1890s. Though she married a man named Burk at age 33, when Jane died in 1903, she asked to be buried next to Wild Bill Hickock. Rumor has it that Hickock was the only man she ever loved.

Times were rough for ladies in the Wild West, so this crackerjack stagecoach driver decided to live most of her life as a man. Born in 1812, Parkhurst lived well into her sixties, in spite of being a hard-drinking, tobacco-chewing, fearless, one-eyed brute. She drove stages for Wells Fargo and the California Stage Company, not an easy or particularly safe career. Using her secret identity, Parkhurst was a registered voter and may have been the first American woman to cast a ballot. She lived out the rest of her life raising cattle and chickens until her death in 1879. It was then that her true identity was revealed, much to the surprise of her friends.

in 1848. Frank and Jesse James's gang hid out at her family's farm when she was a kid, and from then on she was hooked on the outlaw life. Later, when her husband Jim Reed shot a man, the two went on the run, robbing banks and counterfeiting. Starr, who was known to wear feathers in her hair, buckskins, and a pistol on each hip, was shot in the back while riding her horse in 1889. It's still unclear whether her death was an accident -- or murder.

Probably the best-known woman of the Wild West, Annie Oakley was born Phoebe Ann Oakley Moses in Dark County, Ohio, in 1860, and she was shooting like a pro by age 12. Germany's Kaiser Wilhelm II trusted her with a gun so much that he let her shoot the ash off his cigarette while he smoked it. Oakley is the only woman of the Wild West to have a Broadway musical loosely based on her life (Annie Get Your Gun), which depicts her stint in Buffalo Bill's famous traveling show. When she joined the show, Bill touted her as "Champion Markswoman." When she died in 1926, it was discovered that her entire fortune had been spent on various charities, including women's rights and children's services. 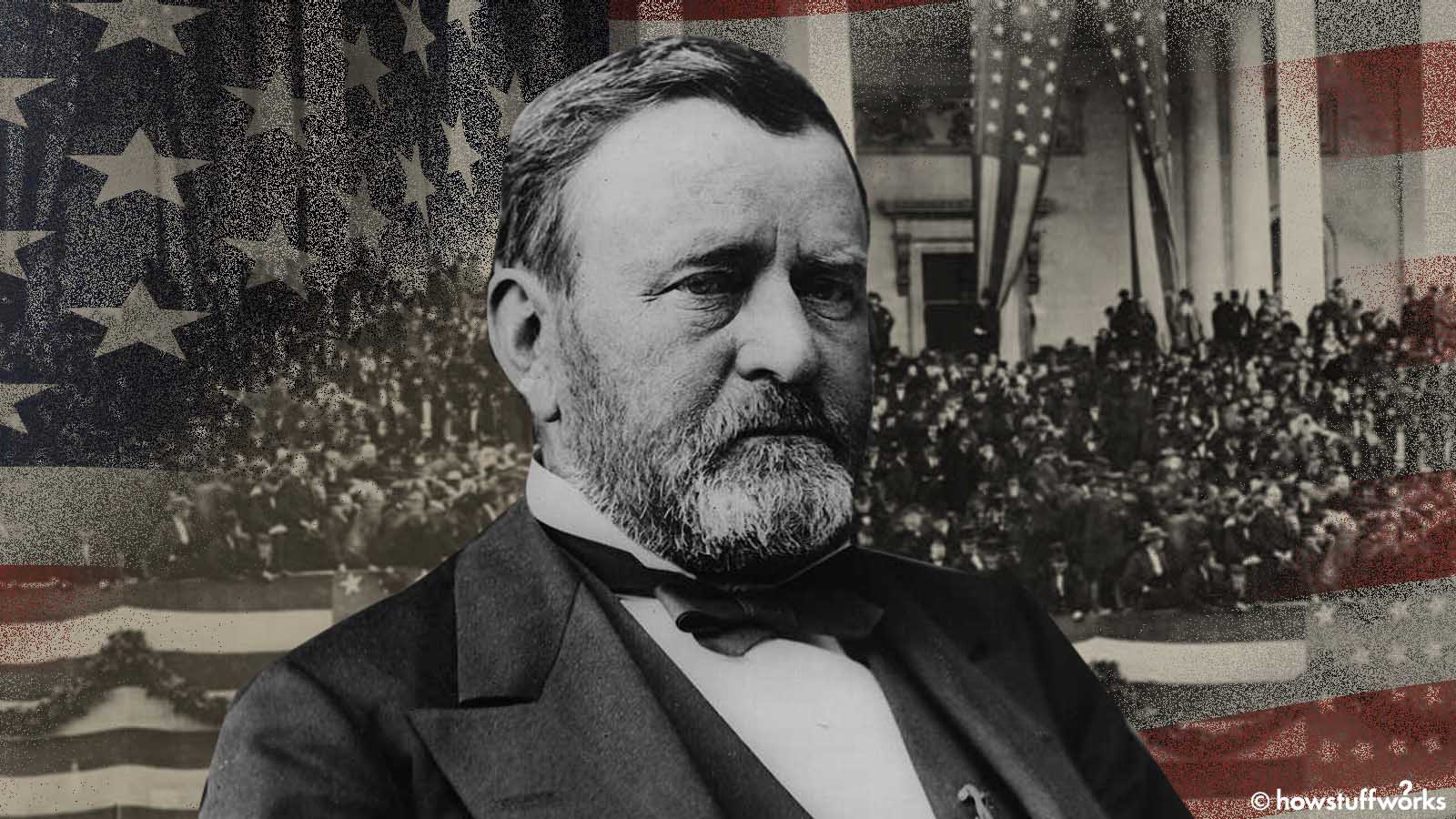 As the commanding general of the Union Army, Grant helped save the United States during the Civil War. But how was he as the 18th U.S. president?