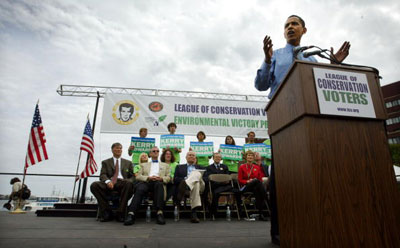 Throughout the 2008 primary campaign, Obama -- like his rival candidates -- has revealed his presidential platform. Read about what Obama says he would do as president on the next page.