by John Donovan Aug 8, 2019
The Georgia Institute of Technology in Atlanta is home to more than 25,000 undergraduate and graduate students, including one who doesn't exist. Wikimedia Commons (CC By-2.0)

Student life at the Georgia Institute of Technology in Atlanta — known familiarly as Georgia Tech — is not for the delicate of heart or the weak of mind. Tech is a serious school for serious students who take classes like applied combinatorics, deformable bodies, quantum information and quantum computing, and multivariable calculus. That last one, the school catalog says, covers "[l]inear approximation and Taylor's theorems, Lagrange multiples and constrained optimization, multiple integration and vector analysis including the theorems of Green, Gauss, and Stokes."

Is that even English?

But it's also in this place that the big-hearted practical jokester George P. Burdell lives and flourishes. At GT, where the nerd quotient is admittedly and proudly high — and the academic pressures absurdly higher — it's important to have an alumnus like ol' George as a beacon.

George, you see, has made it through GT and then some — the man is a practical legend around GT.

Check that: George P. Burdell is, in fact, a literal legend at Georgia Tech. And that's where things get interesting.

For the past 25 years, Marilyn Somers has been running the Living History Program at Georgia Tech, designed to collect, preserve and present stories of the institution, which opened its doors to students in 1888. Somers has supervised, for posterity, more than 1,100 on-camera interviews with alumni and others with a connection to the school.

And nobody, but nobody, knows more about George P. Burdell than Somers.

The naturally reclusive Burdell, Somers says, has several degrees from Tech, according to his resume. Somers has the diplomas to prove it. Burdell's first, a Bachelor of Science in General Science, was awarded in 1930.

Since then, Burdell has never strayed far from Tech. According to Somers, he was registered for more than 3,000 hours of classes in 1969 and, in 1975, was registered for every class in the spring semester. He was named a Regents' Professor in 1971. Throughout the years, he's been named host of countless balls and dances on campus. He's evidently lettered in both football and basketball. There was a time — even recently — when you couldn't find a petition at Tech that didn't have George P. Burdell's name on it.

Outside of Tech, he reportedly was involved in several flight missions in World War II and in the Korean War, Vietnam, Operation Desert Storm and in the conflicts in both Iraq and Afghanistan. His name has appeared on the membership rolls of just about every church and synagogue in the greater Atlanta metro area.

He is such an outsized legend now at dead-serious Tech that his story is told to everyone who attends FASET, the orientation program for first-years, exchange and transfer students and their families. He has become, at this point, as much tradition as legend.

"I would say that he is a Georgia Tech legend," Somers says. "The tradition comes from keeping him alive."

Time for a Spoiler Alert?

Since Georgia Tech is a tech school, it's probably important to point out that George P. Burdell, technically, never was alive.

Somers kindly admits that George sprung into being, as it were, through the "whim" of a real live student, William Edgar "Ed" Smith, in 1927. Smith had an extra application for the school — known then as the Georgia School of Technology — and proceeded to fill it out with the name of his high school principal, a University of Georgia alum by the name of George Phineas Butler.

"Nothing could be more amusing than to register him as a Tech freshman," Smith wrote in the Atlanta Constitution on Sept. 11, 1977, "but I lost my nerve after writing George P. and finished with Burdell."

Burdell was the maiden name of his best friend's mother. It also was, it seems, the family cat.

Smith's creation "took" all the classes that Smith did, with Smith (and friends in on the prank) helping with homework and tests. Eventually, Burdell earned his first degree. When Smith graduated in 1930 — the same year George P. earned that initial degree — other students took up where Smith left off. George P. Burdell became part of Tech lore.

The Legend Lives On

Somers tells the story of a Tech military alum, returning bone-tired from duty overseas, who heard this welcome at the airport once he got home: "George P. Burdell, please contact the concierge." She has endless stories like that. George P. has been paged in airports and restaurants and in sporting venues all over the world. At the 1991 Florida Citrus Bowl in Orlando, as Tech was on its way to winning a share of the 1990 national football championship, George P. was being called over the public address system.

Tech students, past and present, all know and share in his exploits. When Time magazine conducted an online poll in 2001 for its Person of the Year, Burdell edged his way toward the top of voting until someone at the magazine got wind and shut down his candidacy. New York mayor Rudolph Giuliani was honored that year.

George's name still finds its way onto wedding registers all the time and, whenever Somers can get her way, onto the guest books at the funerals of GT alums.

In this pressure-packed school, though, the name "Burdell" is most synonymous with good-hearted, mostly harmless pranks. (Unless, that is, you're a local businessman, who have grown wise to his tricks.) Back in the day, it was said, Burdell had furniture delivered to rival frats and to campus offices, cash-on-delivery. He has signed up for countless magazine subscriptions, online rebates, sweepstakes entries, surveys, you name it.

He's on LinkedIn. On Facebook. Twitter has several accounts in his name. He has a great record on Rate My Professors ("You can't make up how good this guy is"). He's listed under the faculty section in Tech's school of mechanical engineering.

President Barack Obama gave him a shoutout during a packed speech at McCamish Pavilion on the Tech campus in 2015. ("Now, I understand George P. Burdell was supposed to introduce me today. But nobody could find him.")

He is omnipresent. Somers calls him "The Spirit of Georgia Tech." The Living History Program's endowment fund bears his name.

A few years ago, Somers sat down with George P. for the program's 1,000th interview. Still reclusive (so much so that he requested his face and voice be obscured in the video), Burdell — born, in a manner of speaking, on April Fool's Day, 1908 — described his childhood in Augusta, Georgia, his days at Tech and the world of Tech today.

These days, more than 15,000 undergraduates are enrolled at GT. As befits a place so academically rigorous, it ranks among the nation's Top 8 public schools, among the Top 4 in innovation and the Top 4 in engineering. It has graduated a president (Jimmy Carter), numerous athletic icons (including golfer Bobby Jones), several astronauts, a ton of business titans, a Southern-bred comedian (Jeff Foxworthy) ... and, kind of, one George P. Burdell, who stands today as its most famous alum.

Though, to be sure, fame can be a bit problematic these days for ol' George the prankster.

"If your name is Burdell," Somers says, "you can't order a pizza within 50 miles of Atlanta."

Now That's Romantic
A rumor circulated among Atlanta institutes of higher education back in the late 1950s that Burdell was engaged and later married to Ramona Cartwright of nearby Agnes Scott College. Somers says the union never took place, not only because of Burdell's "oft-engaged but never-married" reputation (and other more corporeal reasons), but because of a problem with Ms. Cartwright. As indicated in the Agnes Scott handbook, Ramona Cartwright never existed either.

Here's How Plant and Animal Cells Are Different 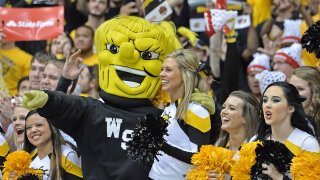 The Best, the Worst and the Weirdest College Mascots (and Why We Love Them) 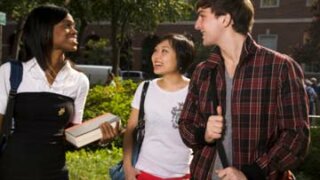 Should race still be a factor in college admissions? 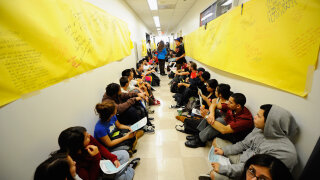 10 Reasons College Costs So Much

Searching for the Lost Horizon of Shangri-La
March 31, 2020