Ridiculous History: An Ambitious Chemist and a Poison Squad

by Candace Gibson Jan 25, 2016
Harvey Wiley, the chemist and mastermind behind the Poison Squad LIbrary of Congress

Before the contemporary, health-conscious American consumer was pulling up in a Prius at the local Whole Foods, there were Model Ts parked outside pure foods depots in major cities. Right?

Not exactly. The year was 1902. The Model T hadn't been built yet, and "pure foods" was just a buzzword used by chemist Harvey Wiley. Indiana-born and Harvard-educated, Wiley is recognized as the Father of the FDA (U.S. Food and Drug Administration). Wiley spent his early career in a Purdue University laboratory studying sugar.

At the time, the U.S. food market was unregulated by health standards, and some manufacturers put additives in their products to increase output and profit margins. Wiley's research focused on glucose being added to sugar, and it whet his appetite for solutions to regulate the "adulterants" in America's food supply. Not all of these adulterants were harmful. For example, water was frequently added to butter to reduce production costs. But ultimately, additives deceived consumers and took a toll on their wallets or their health.

Wiley left Purdue for a job in Washington, D.C. at the Department of Agriculture. That's where he found budget ($5,000) and scientific subjects (12 eager men with insatiable appetites) to conduct a groundbreaking experiment. The chemist plotted to poison these men — with their full, waived consent. They ate three meals a day laced with the likes of borax, copper sulfate, salicylic acid and formaldehyde. Wiley called his experimental meals "hygienic table trials"; the Washington Post used the extra-extra-read-all-about-it term "Poison Squad" to dig into the humanity behind the chemistry. Who were these men willingly gobbling up copper sulfate muffins and formaldehyde meatloaf?

The Poison Squad comprised clerks who'd been required to pass the civil service exam and who committed at least one year to the table trials. The men agreed they'd consume only the food prepared by the test kitchen, and they signed documents guaranteeing they wouldn't hold the government accountable for any lasting health problems or death. Preliminary screenings ensured that the men were healthy, sober and reliable. Subsequent weekly screenings of their weight, fecal matter, urine and hair sought to determine the effects of various additives in their highly regulated diets.

Wiley wasn't poisoning these men with wild abandon. Rather, he was dispensing carefully measured dosages of the additives regularly included in American products to vivify color in canned and frozen foods, tighten the flesh of languishing meat and supplement main ingredients to decrease production cost. The chemist conducted the trials purportedly to write about digestion and other health matters; some historians assert he had aspirations of regulating the food industry. While he planned his meals and grew his ambitions, the Poison Squad reported throbbing heads and aching stomachs — and endured some pretty gross meals.

The table trials lasted from 1902-1907, and in 1906, during the Theodore Roosevelt administration, Wiley's research and appeals to Congress were significant enough to culminate in the Pure Food and Drugs Act. This held manufacturers accountable for food adulteration, which included mislabeling food and adding substances to mask flawed or nearly expired products.

Good Housekeeping magazine took a shine to the "Watchdog of the Kitchen," as one newspaper headline dubbed him, and he was later employed by the publication. He developed the Good Housekeeping seal for products that exemplified high-quality standards, and he continued to fight for transparent labeling as it pertained to active ingredients and serving sizes. The chemist was ahead of his time and would have been right at home in the aisles of Whole Foods and similar markets, nodding with satisfaction at concise food labels.

But the fight for consumer clarity is far from over. Michelle Poling, M.S., R.D., correlates Wiley's pure foods crusade with today's nutritional recommendation to "eat foods as close to their whole (more natural) form as possible. This may be as obvious as choosing an apple over a frozen, packaged apple pie filling. ... Whether pure, clean or whole, the message remains the same: less is more when it comes to food."

And there's still deception in food labeling, even after Wiley's best efforts to eradicate harmful, ineffectual and cost-cutting additives from the marketplace.

"The government, along with other interested parties (lobbyists, food industries), have all worked to set limits, procedures and qualifiers around food production to help protect Americans from ... poisons and cheap substitutions ... but the FDA can only stretch so far, and America churns out new products every day," Poling says via email.

The food business is a booming one, and as Poling points out, many of the additives in contemporary food products still serve the manufacturer rather than the consumer — exactly what Wiley was combating. Poling cites produce as an example. In some cases, "pesticides [are] sprayed on crops to keep bugs from destroying produce ... [then] dyes are injected into fruit picked before it is ripe. Consumers see the brighter colors and assume they must be the best choice."

Similarly, Poling goes on, hormones and antibiotics may be given to livestock to ensure larger yields of meat and milk, and stabilizers can be folded into baked goods so that breads and cakes can sit on shelves for longer before sellers have to declare them spoiled.

These examples aside, Poling says that on a broad level, "there are still loopholes that exist and allow some questionable ingredients to enter our foods even today ... 'questionable' because many of these ... are still under the microscope to prove a significant and direct relationship between health problems and the additive at hand."

Not content to wait for the next round of Poison Squad trials, many consumer have taken matters into their own hands by growing their own produce, keeping livestock in their yards to (very, very) locally source milk and eggs, and even baking their own bread. Is a food healthier — purer? — if it doesn't have a label? Some Americans are willing to bet their borax it is.

Scientists Solve the Weird Physics of How Bats Land Upside Down

Feeling Sick? Snuggling With Pets Won't Hurt Them, Could Help You

Stuff You Missed in History Class Podcast: The Affair of the Poisons

Stuff You Missed in History Class Podcast: The History of Halloween Candy 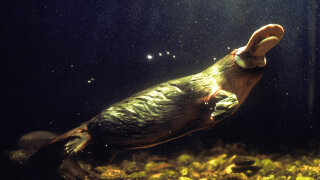 Could a platypus poison me?