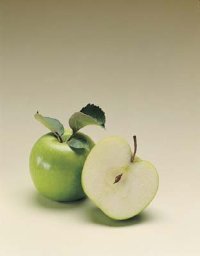 ­Scholars agree that Eve didn't eat an apple in the Garden of Eden -- it was more likely a fig or grapes.
2008 HowStuffWorks

Don't belie­ve everything you read in the history books. Many events that for centuries have been pa­ssed do­wn as true have eventually been proven false. Some­ were originally based on fact, but all became twisted and em­bellished as they were told and retold like a game of telephone.

None of the following really happened. Trust us... would we lie to you?

Check out the next page to start learning about some historical misconceptions.

Benjamin Franklin did not discover electricity when his kite was struck by lightning in 1752. In fact, electricity was already well known at the time. Instead, Franklin was trying to prove the electrical nature of lightning.

During a thunderstorm, as Franklin flew a silk kite with a metal key near the end of the string, he noticed the fibers on the line standing up as though charged. He touched the key and felt a charge from the accumulated electricity in the air, not from a lightning strike. This was enough evidence to prove his theory that lightning was electricity.

Had the kite been struck by lightning, Franklin would likely have been killed as was Professor Georg Wilhelm Richmann of St. Petersburg, Russia, when he attempted the same experiment a few months later.

The Great Wall of China Is Visible from the Moon

You can see a lot of things while standing on the moon, but the Great Wall of China isn't one of them. In his 1938 publication, Second Book of Marvels, Richard Halliburton stated that the Great Wall was the only human-made object visible from the moon. However, the Great Wall is only a maximum of 30 feet wide and is about the same color as its surroundings, so it's barely visible to the naked eye while orbiting Earth under ideal conditions, much less from the moon, which is about 239,000 miles away.

She probably said a lot of things she later regretted, but Marie Antoinette never suggested hungry French mothers who had no bread should eat cake. In 1766, Jean Jacques Rousseau was writing his "Confessions" when he quoted the famous saying of a great princess, which was incorrectly attributed to Marie Antoinette, Queen of France and wife of Louis XVI. But Marie Antoinette couldn't have made the statement because in 1766, she was only 11 years old.

Historians now believe that Rousseau's "great princess" may have been Marie Thérèse, the wife of Louis XIV, who reigned more than 75 years before Louis XVI and Marie Antoinette.

Witches Were Burned at the Stake in Salem

Although there really were witch trials in Salem, Massachusetts, in 1692, and 20 people were put to death, none of the accused were burned at the stake. Hanging was the method of execution, although one victim was crushed to death under heavy stones.

Moreover, there's no evidence these people were practicing witchcraft or were possessed by the devil. Historians now believe that they, along with the townspeople who persecuted them, were suffering from mass hysteria. Others believe the accusers were afflicted with a physical illness, possibly even hallucinating after eating tainted rye bread.

Contrary to popular belief, Abner Doubleday did not invent the game of baseball. In 1907, a committee was formed to document how baseball had originated. The committee concluded that in 1839, as a youngster in Cooperstown, New York, Abner Doubleday drew a diamond-shape diagram for a game he called "Town Ball."

A great story, but merely a myth -- especially considering Doubleday was attending West Point in 1839 and was never known to follow the game he supposedly invented.

Today, it is generally accepted that Alexander Joy Cartwright, a New York bank teller and talented draftsman, invented the game. A plaque in the Baseball Hall of Fame credits him as "the Father of Modern Baseball," while Abner Doubleday has never been enshrined.

Ask anyone and they'll tell you that Cinderella wore glass slippers to the ball, but historians say that part of the legend isn't true. More than 500 versions of the classic fairy tale exist, dating back as far as the 9th century. In each account, Cinderella has a magic ring or magic slippers made of gold, silver, or some other rare metal, which are sometimes covered with gems but are never made of glass.

In the earliest French versions, Cinderella wore pantoufles en vair, or "slippers of white squirrel fur." In 1697, when French writer Charles Perrault wrote "Cendrillon," his version of the tale, the word vair had vanished from the French language. Perrault apparently assumed it should have been verre, pronounced the same as vair, but meaning "glass." Even a wave of the fairy godmother's magic wand couldn't make that mistake disappear, and it has been passed down ever since.

Both the apple and Eve get an undeserved bad rap in the story of Paradise. According to the Book of Genesis, Adam and Eve were evicted from Paradise for eating "the fruit of the tree which is in the midst of the garden." There's no mention of any apple! Some biblical scholars think it was a fig, since Adam and Eve dressed in fig leaves, while Muslim scholars think it may have been wheat or possibly grapes.

When asked who fiddled while Rome burned, the answer "Nero" will get you a zero. Legend has it that in A.D. 64, mad Emperor Nero started a fire near the imperial palace and then climbed to the top of the Tower of Maecenas where he played his fiddle, sang arias, and watched Rome flame out. But according to Tacitus, a historian of the time, Nero was 30 miles away, at his villa in Antium, when the fire broke out.

Nero wasn't exactly a nice guy -- he took his own mother as his mistress, then had her put to death. Despite this, historians believe that the fire was set by Nero's political enemies, who were right in thinking that it would be blamed on him. Actually, Nero was a hero, attempting to extinguish the blaze, finding food and shelter for the homeless, and overseeing the design of the new city.

The story goes that Sir Walter Raleigh laid his cloak over a mud puddle to keep Queen Elizabeth I from getting her feet wet. Raleigh did catch the queen's attention in 1581 when he urged England to conquer Ireland. The queen rewarded him with extensive landholdings in England and Ireland, knighted him in 1584, and named him captain of the queen's guard two years later.

However, an illicit affair with one of the queen's maids of honor in 1592 did him in. He was imprisoned in the Tower of London and ultimately beheaded for treachery. The story of the cloak and the mud puddle probably originated with historian Thomas Fuller, who was known for embellishing facts.

Even if the Internet had existed during the Middle Ages, you wouldn't have been able to download nude pictures of Lady Godiva because she never actually rode naked through the streets of Coventry, England.

Godiva was a real person who lived in the 11th century and she really did plead with her ruthless husband, Leofric, the Earl of Mercia, to reduce taxes. But no records of the time mention her famous ride. The first reference to her naked ride doesn't appear until around 1236, nearly 200 years after her death. 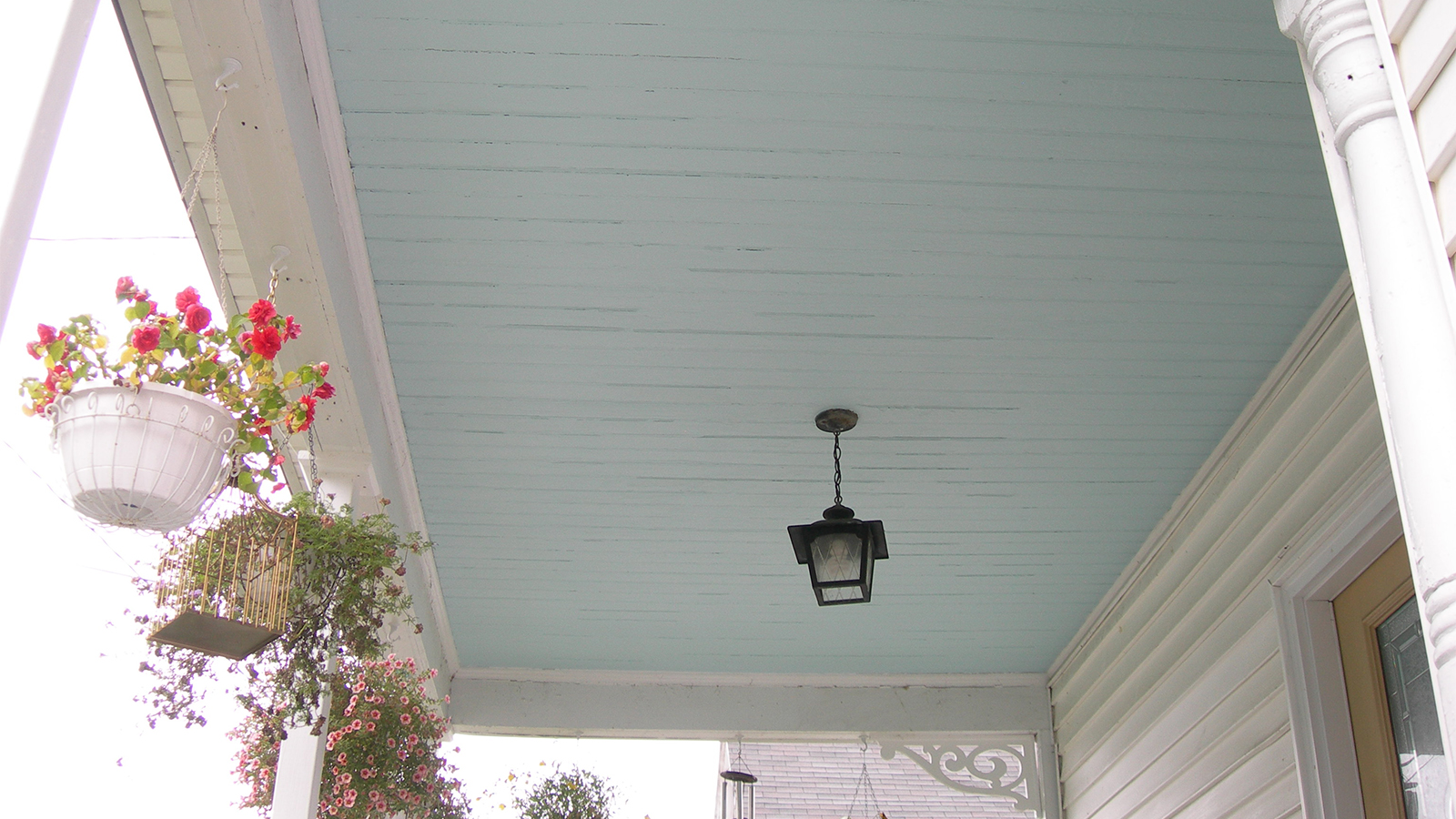 The Gullah Geechee people painted porch ceilings blue to trick haints into thinking their houses were surrounded by water, which a haint can't cross.