by Melanie Radzicki McManus
Prev NEXT
3

A Poll is Featured

Kevin McGowan, an employee with Gallup, works at one of their call centers doing a political poll. Some polls are very unscientific. Others are properly done but the media might spin the results in a way that misrepresents them. Melanie Stetson Freeman/The Christian Science Monitor via Getty Images

Polls form the basis of many a news article, and very often they're totally legitimate. After all, people are constantly trying to assess everything from our preference for political candidates to whether or not we believe in global warming. The problem with polls is that they can be misleading depending upon how the questions are phrased. Or the poll might be fine, but the results are taken out of context.

For instance, a 2012 Gallup poll got a lot of attention when it showed that 30 percent of millennials were not affiliated with any religion ("The Rise of the 'Nones'" was a typical headline). Some media took it to mean that religion was dying out among the young. Others pointed to the fact that two-thirds of the unaffiliated still believed in God as indication that it was not. Indeed, 5 percent of the "unaffiliated" said they attended church weekly, leading one to think that perhaps they misunderstood the question asked. While this was not fake news, it's an example of how a real poll can be spun in many different directions.

Another way to manipulate polls for use in stories is for a group with a vested interest to poll its readers and announce the results as if they applied to a scientific sample. For example, let's say a pit bull rescue group surveys its fans about the positive attributes of the breed. The fans overwhelmingly reply pit bulls are the gentlest of breeds, and the group then writes a story about how a new poll shows the majority of people love pit bulls and have had positive interactions with them.

The lesson? When reading a story based on a poll, check to see who conducted the poll, the number of people surveyed, how they were selected and how the survey questions were phrased. If you have that info at hand, you should have a good idea as to the reliability of the story. 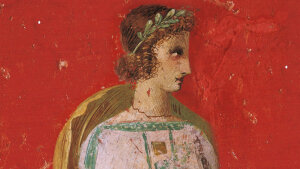