Browse the article Were ancient Egyptians the first feminists? 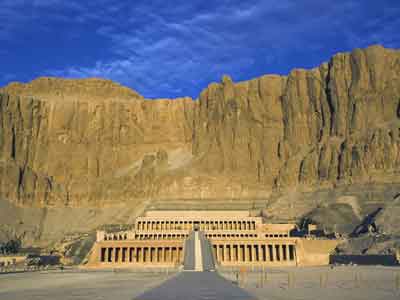 The Greek­ historian Herodo­tus trav­eled extensively throughout the lands surrounding the Mediterranean Sea, documenting their histories and cultures. When he arrived in Egypt in the fifth century B.C., he witnessed some unusual social dynamics. Whereas the Greek women in his homeland were expected to perform household duties and oversee domestic affairs only, Egyptian society permitted far more freedom for females [source: Salisbury]. Women traded agricultural goods in the marketplace while the men wove at home, Herodotus marveled.

Thanks to smoky-eyed Cleopatra, the notion of liberated, powerful women in ancient Egypt isn't that hard to accept. Even the delicate features of Nefertiti's bust exude an air of authority and confidence. In addition to Herodotus' observations, some Egyptologists have also heralded gender equality in ancient Egyptian culture. Accounts of women receiving the same pay for labor as men, details of legal rights for women and the representation of powerful female deities seem to point to a vaguely feminist culture that valued males and females uniformly. What's more, by the time of Herodotus' visit to Egypt, five women had sat on the throne (Cleopatra shared it with Mark Antony in the 1st century B.C.):

­The stories of these women's ascent to power also highlight certain limitations enforced on women in ancient Egypt. More than the others, Hatshepsut abandoned her femininity to fulfill her desire for power. The daughter of Pharaoh Tuthmosis I, became queen after marrying her half-brother, Tuthmosis II. When her husband died following a brief reign, Hatshepsut became the regent of her young nephew Tuthmosis III. Realizing that she had to strike while the metaphorical iron was hot, Hatshepsut adopted male garb and declared herself the new pharaoh. She wore a man's kilt and false beard and took on a new name, Maatkare [source: Kim-Brown]. In return, Hatshepsut left behind a legacy of success during her 20-year rule. She oversaw the construction of the Deir al-Bahri temple, one of the wonders of the ancient world. The female pharaoh also led important trade expeditions into modern-day Somalia, never before accomplished by a woman [source: Kim-Brown].

However, day-to-day Egyptian society didn't reflect this type of literal girl power. Certain areas of Egyptian life were relatively progressive in terms of women's rights, but those allowances existed within an overwhelmingly patriarchal society. Examining the rights of average women reveals that the state of Egyptian affairs might not be as gender flip-flopped as Herodotus conveyed. 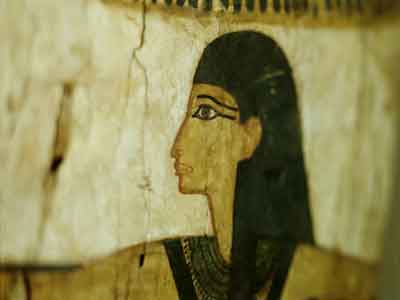 When it comes to legal rights, Herodotus wasn't completely off the mark in his assessment of Egypt as the polar opposite of Greece. In ancient Greece, women possessed no legal standing and had to appoint a male to represent them in legal affairs. Upper-class Egyptian women enjoyed far more rights. One book of instruction for ancient Egyptians written by the vizier Ptahhotep during the Old Kingdom (2686 - 2181 B.C.) even advised men to never take their wives to court [source: Johnson]. Women were able to represent themselves in court, motion for divorce, own and manage property, free slaves and sue other people. In the eyes of the law, elite men and women were virtually equal.

Marriage and divorce proceedings also were surprisingly progressive, even in comparison to today's Western standards. The most common family unit consisted of a husband and wife, the husband's widowed mother and unwed sisters. When the time came for weddings, the government and temples fulfilled no function, and the affairs remained private, relatively casual events. Nevertheless, the unions often resulted from agreements between the husband and the brides' parents [source: Johnson]. Before tying the knot, premarital sex was socially acceptable, and divorce was neither difficult to attain nor uncommon [source: Brewer and Teeter]. When a couple split up, the law didn't leave the woman high and dry, either: Divorced women took their dowry and any property they owned with them.

Although upper-class women enjoyed these legal privileges, they didn't extend to the lower ranks of the public. Egyptian law was gender-neutral -- but not class-neutral. Social status determined one's legal status in ancient Egypt. The patriarchal structure of the time dictated that a female's social status be controlled by her father while unmarried and her husband after marriage. Consequently, a woman's liberties were linked inextricably to a male counterpart somewhere along the line.

Women also had designated parts to play in society. The most common title for a married woman was "mistress of the house." Wealth afforded women more opportunities for participation in public life, such as participating in a jury or becoming a priestess; but overall, married women presided over their own households only. The closest that most royal women ever got to the throne was the position of regent, which Hatshepsut held before becoming pharaoh.

Lower-class women got out of the house more often than their upper-class peers out of necessity. They farmed the fields, produced textiles, worked as domestic servants and labored on construction sites. Poor women also held most jobs as dancers, musicians and other entertainers for royalty. Men traditionally filled all artisan jobs.

Female subservience even extended into the religious realm. Ancient Egyptians worshipped scores of gods and goddesses alike, with a Great Mother goddess in the form of Hathor or Isis. Yet, in the mythology surrounding the birth of gods and goddesses, the creator Atem first sneezed into existence the god Shu, followed by the goddess Tefnut [source: Capel and Markoe].

Ancient Egyptian society was an intriguing hodgepodge of women's progressive rights and rigorous restrictions. The popular conceptions of strong Egyptian women, especially Cleopatra, have likely promoted the curious notion of a feminist utopia along the Nile. On the contrary, archeological evidence confirms that ancient Egyptian feminism is as false as Hatshepsut's kingly beard.