Oswald Back in the States 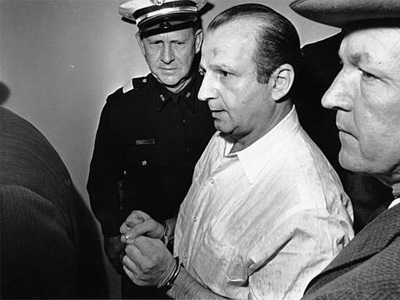 Jack Ruby, the man who shot Lee Harvey Oswald, is led away by police to his arraignment.
AP Photo

Upon his return, Oswald stayed with his brother and then his mother before securing an apartment. The FBI interviewed Oswald regarding his decision to move to the Soviet Union and subsequent decision to return to the United States. Oswald agreed to inform the FBI should any representative from the Soviet Union ask him to engage in espionage activities.

On April 10, 1963, four days after losing his job, Lee Harvey Oswald attempted to murder Major General Edwin A. Walker. Oswald used a rifle he had purchased through mail order using a false name. The attempt failed, and the Oswalds decided to leave town before the authorities could identify the assailant. The two left Texas for New Orleans.

In Louisiana, Oswald tried to establish a chapter of the Fair Play for Cuba Committee. Oswald was the sole member of the chapter, though he attempted to hand out flyers and give interviews as though it were a large organization. In September 1963, Marina left New Orleans to live with Ruth Paine in Texas. Meanwhile, Oswald traveled to Mexico City in an effort to visit the Cuban and Russian embassies.

After several failed attempts to secure a visa to travel to Cuba and the Soviet Union, Oswald returned to the United States and moved to Dallas. He secured a job with the Texas School Book Depository on Oct. 16, 1963. A little over a month later, he would shoot the president of the United States. Two days later, Jack Ruby shot and killed Oswald as police prepared to transport him to a secure location. Oswald died in the same hospital as JFK -- Parkland Memorial.

It seems as though Oswald felt he was an outsider and was never satisfied with his surroundings. He left the United States for the Soviet Union, grew disenchanted with the realities of communism, returned to the United States and then tried to get back to the U.S.S.R. From various reports and interviews, it seems as though Soviet and Cuban officials were unimpressed with Oswald. Based on these and other numerous facts, the Warren Commission concluded that Oswald acted as the lone gunman.