Did the USSR die of natural causes? 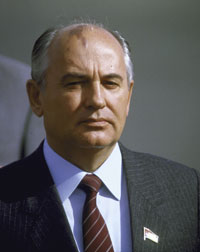 Some schools of thought insist that communism is simply unsupportable on a large scale. Therefore, the decline of the USSR was inevitable. So can anyone be declared a winner in a war if one of the opponents "kills" itself? That depends on how you look at it. The U.S. was left as the last man standing in the Cold War. And any boxing fan can tell you that the last man standing -- the "ultima hombre" -- is the one who wins.

Not everyone shares this point of view, however. Some historians believe the U.S. actually prolonged the Cold War through decades of hard-line rhetoric against the USSR [source: Huntley]. The George H. W. Bush administration provides some evidence to support this theory. As the USSR appeared to be falling apart, many in Washington wanted to see Bush excoriate the Soviets. But rather than toe the line of Cold War posturing that had become customary between the USSR and United States, Bush was reserved. While a few critics wonder why he didn't take the opportunity to fatally squelch the USSR, others credit his reserve with allowing the Soviet Union to die naturally. Without further U.S. intervention, Bush avoided driving the crumbling USSR to any desperate acts [source: Powers]. Under his administration, the USSR finally disintegrated.

Could it be that America was simply a bystander to the fall of the Soviet Union? Even those who believe the U.S. did, in fact, bring about the death of the USSR (and that it was Reagan who was largely responsible for this feat) must face the idea that without Soviet Premier Mikhail Gorbachev, the dissolution of the USSR may have taken much longer.

Gorbachev, who served as Reagan's Cold War counterpart, introduced sweeping reforms that fundamentally altered the social, political and economic fabric of the USSR. Gorbachev's perestroika ("restructuring") plan opened up the state-owned economy to some private ownership, creating the transition to a free-market economy, like the United States' [source: Ibiblio]. But the economic backlash against this radical and rapid transition was unable to sustain the Soviet Union. Widespread problems like poverty and food shortages plagued the country.

These problems may have had less of an effect on the disintegration of the USSR had it not been for Gorbachev's other major reform. Glasnost ("openness") essentially reversed the USSR's policies of brutal totalitarianism, suppression of government criticism and free speech. Under glasnost, workers could strike, journalists could publish editorials in opposition to the Kremlin and protestors could assemble. The combination of the political and economic reform of perestroika and the social freedom given by glasnost helped contribute to a grassroots revolution in the USSR that led to the replacement of a single-party communist system with a multi-party democratic system.

So if the USSR died of natural causes or essentially killed itself, who deserves the title of Cold War victor? There was actually more than one winner. Certainly, democracy won as it replaced the one-party communist system in not only the USSR but also in Soviet satellite states. The free market won, too, as did transnational corporations that suddenly had billions more customers after the fall of the USSR. And really, the entire world won, having emerged from the Cold War without suffering complete nuclear annihilation.

For more information on the Cold War and other related topics, visit the next page.