by Kate Kershner
Prev NEXT
3

William Temple, dressed as Button Gwinnett, one of the signers of the Declaration of Independence, waits in line to enter Stephens Auditorium at Iowa State University, for the Republican Party debate Aug. 11, 2011, in Ames, Iowa. Scott Olson/Getty Images

John Hancock, of course, was famous for signing his name obtrusively on the declaration so King George III could read it without glasses. As a result, his name has become synonymous with "signature."

So you'd think that John Hancock's signature would be the most valuable of all the Founding Fathers, but it turns out the honor belongs to a real wild card. If you can get your hands on the signature of Button Gwinnett, a delegate from Georgia, you might be set for life. The candidate for Declaration of Independence Signer with the Cutest Name, Button Gwinnett died in 1777 from a wound during a duel [source: Deaton]. That makes his signature rare, and in 2012 the Georgian's signature was expected to bring in up to $800,000 at auction [source: Caldwell]. For comparison, John Hancock's signature would have brought in anywhere from $6,000 to $75,000 in 2009 [source: Vujovich].

So next time you're at the bank, impress your teller by suavely explaining why you insist on endorsing a check with your "Button Gwinnett." 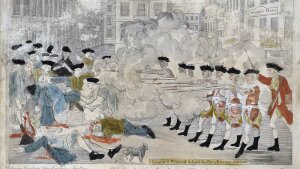