Imagine waking up one morning, getting into a canoe with a few buddies, some plants, food, and fresh water, and setting out onto the open ocean. You know you'll never return to your home, but you are not, ostensibly, a member of a suicide cult. Your job is to travel and navigate until you find land, even if you have to paddle 3,700 miles (6,000 kilometers) across the Indian Ocean until you run into an island only twice the size of California.

It seems improbable, but every bit of genetic, cultural and linguistic evidence we've got points to the fact that Madagascar, the large, lemur-infested island off the eastern coast of Africa, was colonized, not by Africans — even though they lived literally right over there, only about 300 miles (500 kilometers) over the water — but by a prehistoric Austronesian people from South Asian islands.

The genetic ancestry of the people of Madagascar is Austronesian, as is their language, which is in the same family as languages like Hawaiian, Polynesian and Samoan. They eat rice at almost every meal, rather than a lot of the indigenous African crops, and significant number of the introduced plants on the island are spices, crops and weeds native to South Asia.

The researchers found more than 2,500 carbonized seeds of Southeast Asian crops like rice and mung beans on Madagascar and the neighboring Comoros Islands, and dated them using radiocarbon. They discovered that seeds of Austronesian origin from the 8th and 10th centuries CE were concentrated on Madagascar and Comoros, whereas sites from the same period on the African continent and islands closer to the mainland contained only indigenous African crops.

"The origins of Southeast Asian settlers in Africa has long puzzled historians and archaeologists," said Dr. Mark Horton, of the Department of Archaeology and Anthropology at the University of Bristol, in a press release. "This is the first really clear archaeological evidence that they did indeed make extraordinary journeys across 4,000 miles of the Indian Ocean during the first millennium AD."

Now That's Cool
Jared Diamond, the author of "Guns, Germs and Steel," calls the Austronesian colonization of Madagascar "the single most astonishing fact of human geography for the entire world."

The Positives of Princess Culture

We'll Need Sideways Elevators to Build Cities of the Future 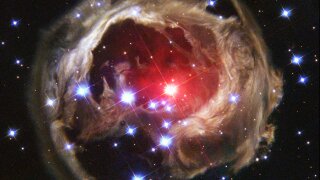 How to Use the Stars to Find Your Way 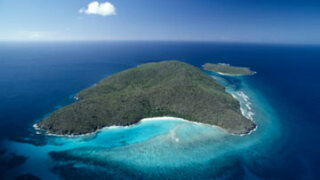 How do you buy a private island?