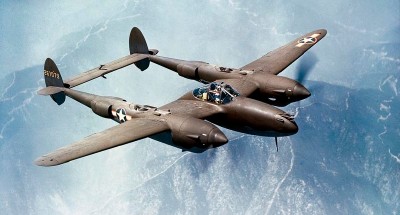 The war continued in earnest through the summer of 1943, with air strikes in Italy and new operations in the Pacific. The World War II timeline below summarizes important events that occurred during late June 1943 and early July 1943.

June 24: African American troops and American military police engage in a gun battle in the streets of the village of Bamber Bridge, England, after the MPs attempted to detain the soldiers in a pub.

June 25: The ghettoized Jews of Czestochowa, Poland, are transported to Auschwitz after the SS crushes their resistance.

June 27: Following Jewish resistance, the ghetto at Lvov, Poland, is officially closed. Most of its 20,000 residents are en route to the Belzec or Auschwitz death camps.

The Allies attack the Greek mainland with a bombing raid. They target air facilities near Athens.

June 28: The air war continues in earnest, with Allied planes hitting such targets as Livorno, Italy, and Messina, Sicily.

June 30: The U.S. launches Operation Cartwheel in the Pacific, beginning in the central Solomon Islands.

As Washington closes the books on its fiscal year, it is revealed that a full 93 percent of the federal budget was allocated to national defense spending.

July 4: Prime Minister-in-Exile General Wladyslaw Sikorski and other members of Poland's ruling elite die when their plane crashes immediately after takeoff from the airport at Gibraltar. With the Soviet Union and Axis alike potentially benefiting from Sikorski's demise, there will be no shortage of conspiracy theories in the aftermath.

July 5: A German attack on Red forces at Kursk ends with a decisive Soviet victory.

Boise City, Oklahoma, is inadvertently bombed by a B-17 pilot who mistakes the lights on the town square for his training target.

More World War II highlights and images related to events in 1943 appear below.

The reliable, versatile P-38 sees action worldwide: The P-38 was designed to meet a 1936 U.S. Air Corps specification for a twin-engined interceptor. Lockheed's first military aircraft, the P-38 faced teething problems and went through numerous modifications before and after deliveries began in 1941. Ultimately, its reliability, exceptional range, and versatility compensated for its slightly inferior maneuverability. About 10,000 were built, including versions that carried rockets, lugged up to 4,000 pounds of bombs, and acted as ambulances and photographic aircraft. Lightnings, as the British and then Americans called them, saw action in North Africa, Europe, and the Pacific.

Three Allied cruisers damaged in the Battle of Kolombangara: Sailors examine the bow of the USS Honolulu, blasted by a Japanese torpedo in the Battle of Kolombangara. This cruiser and two others, as well as 10 destroyers, intercepted a Japanese naval force attempting to land reinforcements at the island on the night of July 12-13, 1943. U.S. commander Admiral W. L. Ainsworth relied on radar to give him the advantage, but he failed to reckon with the lethal "Long Lance" torpedoes carried by Japanese destroyers. The Japanese lost the cruiser Jintsu to naval gunfire, but severely damaged all three Allied cruisers. The Japanese landed their reinforcements as planned.

America's female pilots contribute to the war effort: Shirley Slade, with the Women's Flying Training Detachment (WFTD), appears on the cover of Life. In August 1943, the WFTD merged with the Women's Auxiliary Ferrying Squadron (WAFS) to form the Women Air Force Service Pilots (WASP). The WASPs were American civilian pilots who freed male pilots for combat duty. Some, including Slade, were ferry pilots, transporting military aircraft from factories to embarkation ports and training bases. Others served as test pilots, trainers, and combat simulators. Despite their noncombat status, they faced real dangers. Of the 1,074 WASPs active during the war, 38 lost their lives.

Navajo code-talkers help the U.S. seize Iwo Jima: Navajo Indians radio a message during fighting in the Pacific. The Navajo code-talker teams were used to relay radio and phone messages in their native dialect during combat operations. The method was fast and indecipherable to enemy eavesdroppers. At the time of World War II, the Navajo language was understood by fewer than 30 non-Navajos. The code was never broken by the Japanese, and its security has been credited with contributing significantly to the seizure of Iwo Jima in 1945. Approximately 400 Navajo code-talkers served with the six U.S. Marine divisions during the war.

Nazis kidnap Polish children: A Polish girl is chosen for inclusion in the Nazi Heuaktion (Hay Action) program. This program involved the kidnapping of "Germanic- looking" children and taking them to Lebensborn (source of life) institutions. Even though the Nazis considered Poles inferior, they took selected children with "Aryan" characteristics from their parents and raised them as Germans. Estimates of children kidnapped from Eastern countries run as high as 250,000. Only about 25,000 were returned to their families after the war. Some German families refused to give up the children, and some children refused to believe they were not originally German. Many children who did not adapt well were exterminated in concentration camps.

"War without mercy" waged in the Pacific: This photograph was taken on Tulagi, near Guadalcanal in the Solomon Islands, in July 1943. Admiral William "Bull" Halsey commanded the South Pacific Area at that time. He galvanized the tired ground and naval American forces fighting in the Solomons, and led them to the signal victory at Guadalcanal. Halsey was unconventional, but his full-blooded hatred of the Japanese was not. The Pacific conflict has been called a "war without mercy." Allied troops' ruthlessness was prompted by prewar racism and personal experience of the extraordinary viciousness of their opponents.

In the next section, see a detailed timeline of key World War II events during the first half of July 1943.