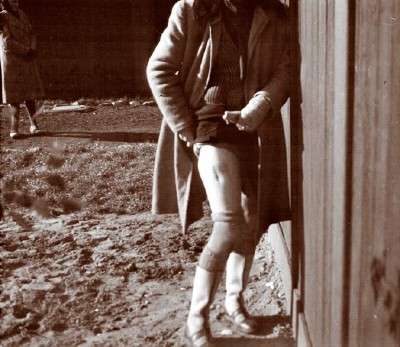 The timeline below describes day-to-day World War II events in early September 1943, including operations in Italy and the Pacific.

September: The efficacy of Allied forces in India is jeopardized by a devastating famine in the Bengal province.

September 1: The U.S. military introduces its F6F Hellcat fighter during an attack on the Japanese base on Marcus Island.

September 2: The Polish government-in-exile publishes a report detailing atrocities against concentration camp inmates. The atrocities include bizarre medical experiments on healthy inmates at Ravensbrück and human skin "tanneries" at Dachau and Buchenwald.

September 3: A substantial Allied force lands in southern Italy and captures the town of Reggio in the province of Calabria.

Italy signs a treaty with American officials in Sicily, effectively surrendering to the Allies. The treaty will be kept secret for a time, both to aid Allied operations in Italy and prevent immediate Nazi reprisals against the Italian people.

September 6: For the first time in this war, Allied merchant ships are able to safely operate in Italy's Strait of Messina.

U.S. General Joseph Stilwell, Chiang Kai-shek's chief of staff, suggests that the Chinese Nationalists join forces with the Communists to defeat the Japanese. Chiang is disgusted by the suggestion and will ask the U.S. high command to recall Stilwell.

September 7: Corsicans take up arms against the Axis troops that have been occupying their French Mediterranean island.

Hitler permits his German troops, badly battered by the Red Army as they attempted to hold the Ukraine, to retreat to the Dnieper River.

The headlines and images below present more World War II history from 1943.

Gruesome experiments conducted at Ravensbrück in Nazi Germany: During the course of the war, the Nazis built concentration camps throughout Europe. Ravensbrück, a camp primarily for women from many different nationalities, religions, and lifestyles, was located about 60 miles north of Berlin. As in most of the other camps, the Ravensbrück prisoners were required to do heavy labor or work in sweatshops making military supplies. Medical experiments were also conducted on helpless inmates. Two types were performed at Ravensbrück: testing the effects of sulfanilamide drugs on infected wounds, and studying the regeneration of bones, nerves, and muscles. This picture of Polish inmate Bogumila Babinska, smuggled out of the camp, shows the effect of four deep cuts on her thigh muscles.

Anne Frank writes diary: A German Jewish girl in Amsterdam, Anne Frank was given a diary for her 13th birthday on June 12, 1942. Three weeks later, her family went into hiding to escape deportation to a labor camp in Nazi Germany. Anne faithfully kept a diary during her two years in hiding. "It's a wonder I haven't abandoned all my ideals, they seem so absurd and impractical," Anne wrote less than a month before her arrest. "Yet I cling to them because I still believe, in spite of everything, that people are truly good at heart." Anne died at the Bergen-Belsen concentration camp in February or March 1945. The Diary of Anne Frank is one of the best-selling books of all time, with more than 25 million copies published.

Reich minister of the interior Wilhelm Frick falls from power: Nazi Wilhelm Frick became Reich minister of the interior in 1933. He drafted anti-Jewish laws and other legislation that sent political foes to concentration camps. In 1943, after losing a power struggle with Heinrich Himmler, Frick was demoted to the ceremonial post of protector of Bohemia and Moravia. He refused to defend himself at the 1946 Nuremberg Trials, where he was found guilty and hanged. Frick's final words were "long live eternal Germany."

The battle for control of Italy dominated wartime operations in September 1943. See the timeline in the next section for more World War II history.

British Defeat in the Aegean Sea

In 1912 Italy seized the 12 Dodecanese islands, located in the Aegean Sea, from Turkey. By 1940 Italian and German troops garrisoned the islands, just off the Turkish coast. Italy's surrender on September 8, 1943, prompted Winston Churchill to try to seize the islands so the Allies could strike at Germany's Balkan flank.

After British officers failed to incite the Italians to disarm the smaller German garrisons, Churchill ordered British infantry brigades and special-forces units to eight of the islands and the Greek Aegean Sea island of Samos. The Germans reacted swiftly. With naval and air forces already in the Aegean, they added reinforcements from Greece and Crete. These included Luftwaffe paratroops and a coastal raiding unit of the elite Brandenburg Division.

Airpower was crucial to the defeat of the scattered British garrisons. British (and South African) planes fought a losing fight against the Luftwaffe over the islands. By early October, the Germans had recaptured Cos. They seized Leros a month later and took Samos by late November.

German losses were minimal, while British casualties included more than 4,000 troops captured and the loss of more than a hundred aircraft. Losses also included four cruisers and seven destroyers sunk or damaged (including several Greek ships). The hapless Italians and the islands' people (who had welcomed the British landings) suffered from German reprisals.

The venture exposed Allied tensions over a Mediterranean strategy. Churchill persisted in his aim, ignoring his generals' arguments against a campaign far from the nearest Allied bases (in Cyprus and Egypt). Eisenhower and other U.S. and British commanders saw the diversion from the Italian campaign as unjustified. The two-month campaign was the Allies' last defeat of the war.