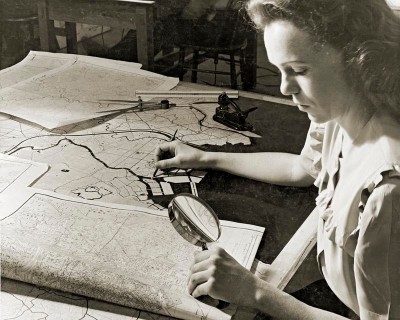 In September 1943, the Allies and Axis powers continued battling for control of Italy. The World War II timeline below has details and these and other events of September 1943.

September 9: The Allies land in Italy in full force, with the Americans establishing a beachhead near Salerno and the British landing on Italy's "heel." The city of Brindisi will fall to the British within two days, securing the region for the Allies.

Nazi Germany attacks the Allied base on the Arctic whaling island of Spitsbergen, causing considerable damage.

September 10: In answer to Italy's surrender, the German army captures Rome, taking control of the Eternal City from its former Axis partner.

September 12: Benito Mussolini, under arrest at Abruzzi's Hotel Campo Imperatore, is freed in a dramatic raid by German troops, on Adolf Hitler's order.

September 13: The Allies' position at Salerno, Italy, is in serious jeopardy, as several German divisions come within a few miles of completely repelling the Americans and British from their beachhead.

More than a month after the death of his predecessor, Lin Sen, Chiang Kai-shek is appointed president of Nationalist China.

September 17: A depleted and heavily bombarded German force begins to withdraw from the Salerno beachhead as the Americans push inland to rendezvous with the British.

September 20: U.S. forces pushing in from Salerno in the west and British troops marching from Calabria in the southeast link up at Eboli, bisecting Italy with a solid Allied force.

Check out the headlines and images below to learn about the destruction of Nazi factories, the Japanese military police, the war's effect on mapmaking, and more 1943 news.

B-17s bombers pound factories in Nazi Germany: Beginning in January 1943, Allied bombing runs focused on German wartime industries. The first mass-produced, four-engine heavy bombers were Boeing B-17s, known as Flying Fortresses. These heavily armed bombers were designed to be able to protect themselves, but a loss of one plane in every 10 was standard. Although the Allies destroyed many German factories with B-17 bombers during 1943, the Nazis quickly compensated by stepping up production in others.

Mapmaking experiences boom during World War II: World War II revolutionized mapping. Aviation and aerial photography allowed the mapping of previously uncharted regions and much more detailed maps of known areas. Here, an Army Map Service Cartographer uses a Japanese map of a city to enter man-made works, such as factories and docks, on an Army chart. These will be potential bombing targets. By the end of the war, two U.S. armed forces agencies had reportedly produced approximately 650 million copies of 50,000 different maps.

Japan's occupation currency called "Mickey Mouse money": Japanese authorities minted money, usually banknotes, for use in the territories they invaded. For example, they produced shillings and pounds for Singapore (where it was labeled "banana money") and centavos and pesos for the Philippines (where it was called "Mickey Mouse money"). Though supposedly at par with the existing local currencies, the occupation money was issued in excessive amounts and quickly depreciated. The pre-invasion currencies tended to be hoarded. The Allies made propaganda versions of the currency with persuasive messages on the reverse side. After the Japanese defeat, the "occupation currency," or "invasion money," became worthless.

Beheadings performed behind Japanese lines in New Guinea: Naval civil service officer Chikao Yasuno prepares to decapitate Sergeant Leonard George Siffleet, an Australian Army radioman caught operating behind Japanese lines in New Guinea. Siffleet and two comrades were beheaded on October 24, 1943, at Aitape after natives betrayed them to the Japanese. American troops found this film on the body of a dead Japanese man during the invasion of Hollandia in 1944. The photo received wide publicity, reinforcing the perception that the Japanese were savages who gave no mercy and deserved none. Chikao was sentenced to hang after the war, but his sentence was later commuted to 10 years in prison.

The Kempeitai (Japanese military police) doles out harsh justice: Members of the Kempeitai pose with British POWs. Though the Kempeitai's authority over Japanese civilians was limited, the organization had free rein in the occupied territories, where harsh military justice prevailed. The Kempeitai dealt severely with anti-Japanese efforts in occupied territories. It was also responsible for travel permits, labor recruitment, rear area security, counterintelligence, operating POW camps, and providing "comfort women" to military brothels. Though the Kempeitai is sometimes equated with the Gestapo or secret police, that description is more accurately applied to the Kempeitai's civilian counterpart, the Tokkou keisatsu, which combined criminal investigation and counter-espionage functions.

Continue to the next section to learn about critical events in World War II's Pacific and Atlantic operations from late September 1943 to early October 1943.