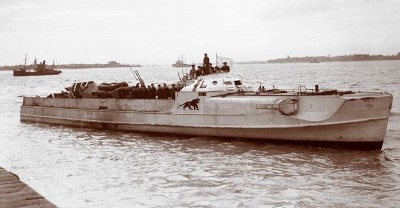 Nationalist Chinese general Chiang Kai-shek led his troops in a major offensive against the Japanese occupation in May 1942. Learn about this and the other important World War II events that occurred during 1942 below.

April 30: By the end of the month, the squalor of the Warsaw Ghetto has claimed the lives of nearly 4,500 Polish Jews.

May 1: A strategic error by Britain allows the Japanese to take Mandalay by penetrating the Royal Army's exposed left flank.

May 2: Aid is promised to both Iran and Iraq under the provisions of the U.S. Lend-Lease Act.

May 4: The USAAF Flying Tigers shift their base of operations to Kunming, China, and out of Japanese-occupied Burma.

May 4-8: The Battle of the Coral Sea, the first carrier-to-carrier battle in history, results in a tactical Japanese victory, since they sink a major American carrier. But it marks a strategic Japanese reverse since the Japanese are unable to seize New Guinea and thus isolate Australia.

May 6: After 27 days of artillery barrage, the Americans surrender to the Japanese at Corregidor in the Philippines.

May 8: Japan's ability to produce fuel from its captured oil fields in the Dutch East Indies is seriously crippled when the ship carrying skilled production workers to the fields is sunk by an Allied torpedo.

May 10: Winston Churchill sternly warns Nazi Germany against engaging in chemical warfare on the Russian front.

May 11: An Allied personnel transport ship is struck by a Nazi German U-boat that managed to make its way up Canada's St. Lawrence River undetected.

Below are more details that outline the events of World War II, including the Japanese capture of the island of Corregidor.

The Red Cross Blood Bank offers blood: In February 1941, the American Red Cross began a blood donor service in anticipation of America's entrance into the war. By September 1945, the Red Cross had collected 13.4 million pints of blood from 6.6 million donors. The system for storing blood plasma was pioneered by African American physician Dr. Charles Drew, who was appointed the first director of the Red Cross Blood Bank. He resigned, however, when the organization excluded black blood donors. As the war progressed, the Red Cross began accepting "black blood" but restricted its use to black GIs.

Nazi German E-boats patrol English Channel: The Nazi German fast patrol and torpedo-carrying Schnellboot was dubbed "E-boat" by the Allies. The MTB and PT boats were the Anglo-U.S. equivalents. E-boats were used extensively in the English Channel and North Sea littoral region for raids on Allied shipping, routine patrols, clandestine operations, and rescue of downed aircrew. By 1944 about 40 E-boats were operating in the Channel area. One of their most significant successes was on April 28, 1944, when two flotillas attacked a D-Day landing exercise in the Channel off Slapton, Devon, sinking two LSTs and killing 749 men of the U.S. Fourth Infantry Division.

Germany's premier admiral, Erich Raeder, battles with Nazi leaders: In 1933 Admiral Erich Raeder became the architect of German naval rearmament. A committed Nazi, he planned to provide Nazi Germany with world-class surface and subsurface fleets by 1949. The outbreak of war in 1939 forestalled this aspiration. Nevertheless, he successfully oversaw the operations of the Kriegsmarine as its commander-in-chief until 1943. That year, his friction with Hermann Göring over airpower priorities, and the increasing divergence of his maritime policy views from those of Adolf Hitler, resulted in his enforced retirement. Found guilty on three counts at Nuremberg, Raeder was sentenced to life imprisonment. He was released in 1955 due to ill health.

Massive warfare at Kharkov, Ukraine: Nazi German troops surrendered to Red Army soldiers near Kharkov, Ukraine, on May 4, 1942, following four relatively uneventful months near the city that the Nazi Germans had captured the previous October. Much more activity occurred in May around Kharkov, which Adolf Hitler had selected for the launch of the Nazi German spring offensive. Joseph Stalin ordered a major offensive there by Marshal Timoshenko's Southwest Front beginning May 12. Initially, Timoshenko's armies struck deep, with two tank corps pushing rapidly to seize Kharkov. But then, on May 17, the Nazi German Sixth and First Panzer armies counterattacked, trapping more than 250,000 Soviet troops and 1,200 tanks by May 28.

Japan takes Corregidor, Philippines: At first, Japan struggled to capture Corregidor. Though supported by powerful artillery, the confident invaders landed in disorder on May 5, 1942. The cornered Americans, including Army and Navy personnel, fought back fiercely, inflicting hundreds of casualties. The Japanese ran dangerously short of ammunition and landing craft, but the arrival of tanks and continuous artillery bombardment eventually proved decisive. On May 6, General Wainwright sought terms.

Corregidor's Malinta Tunnel used as U.S. headquarters: To make full use of Manila Harbor after the surrender of the American and Filipino troops on Bataan, the Japanese had to first take control of the nearby island of Corregidor, which the U.S. military occupied. Beneath the surface, the U.S. built the Malinta Tunnel, which housed headquarters, communications, service staff, refugees, and casualties. Reinforced concrete walls rendered Malinta Tunnel impervious to the bombardment that destroyed the island's above-ground defenses. However, as conditions worsened outside, crowding, vermin, odor, heat, dust, noise, and lack of water made conditions oppressive. To protect 1,000 wounded men and other defenseless occupants of the tunnel from slaughter, General Jonathan Wainwright surrendered.

Learn about the other key World War II events that took place during May 1942 in the next section.