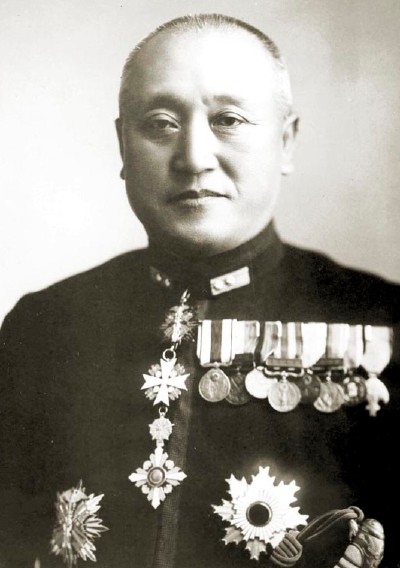 On February 15, 1942, Great Britain surrendered Singapore to the Japanese. Learn about this and the other important World War II events that occurred during the month of February 1942 below.

­Japanese aviators inadvertently dive-bomb their own troops in a raid on the Bataan Peninsula in the Philippines.

February 14: The British government directs the British Royal Air Force (RAF) to begin a campaign that targets German civilians, shifting the focus away from exclusively bombing military and production facilities.

February 14-16: The Japanese score an important strategic victory with the seizure of the oil-rich island of Sumatra in the Dutch East Indies.

February 15: In a stunning defeat for the Empire, the British surrender Singapore to the Japanese, who will raise the rising sun flag over the governor's residence the following day.

February 19: The Canadian Parliament approves a resolution calling for a military draft.

In just one day, the unstoppable Japanese attack Bali, Mandalay, and Timor. They will install occupation forces in both Bali and Timor the following day.

February 22: The Allies launch a campaign against Japanese shipping when they seed the mouth of Burma's Rangoon River with 40 British magnetic mines dropped from USAAF B-24 bombers.

President Franklin D. Roosevelt reassigns General Douglas MacArthur, pulling him from his post in the Philippines and naming him commander of Allied forces in Australia.

Below are more highlights and images that outline the events of World War II, including the involvement of Burma in the war.

Kondo Nobutake among Japan's top commanders: Vice Admiral Kondo Nobutake ranked among Japan's most out­­standing fleet commanders in 1941 and 1942. He led the naval forces that supported the invasion of Malaya, Java, and Singapore, and spearheaded the main "covering force" in the Battle of Midway. He later commanded the Second Fleet in the bitter -- and ultimately unsuccessful -- struggle to dominate the waters off Guadalcanal from August to November 1942. Following that defeat, he served as deputy commander of the Combined Fleet and briefly as commander following Admiral Yamamoto Isoroku's death in 1943. Kondo survived the war and died in 1953.

Kozo Nishino's swears revenge on California: In the late 1930s, a Japanese tanker docked near the Ellwood oil field outside of Santa Barbara, California, for refueling. As its commander, Kozo Nishino, walked along a path from the pier, he slipped and fell on a prickly pear cactus. Several workers on a nearby oil rig laughed at Kozo's misfortune. Humiliated, he reportedly swore revenge. On February 23, 1942, a Japanese submarine fired several shells at an Ellwood oil rig. Although the shells did minimal damage, they raised the anxiety level of civilians anticipating a Japanese invasion. The skipper of the enemy submarine was none other than Kozo Nishino.

President Roosevelt approves funds for testing bat bombs: In January 1942, dental surgeon Lytle Adams submitted a plan to the White House that, he claimed, would bring the blazing effects of war to Japanese civilians. Upon review, President Franklin Roosevelt released funds for testing. Adams's plan called for the delivery of a large number of bats carrying small incendiary bombs over enemy cities. The bombs would be set to ignite after the bats took daylight refuge in surrounding buildings. Testing began in March 1943 with limited success. Approximately $2 million was spent on the project before it was scrapped in early 1944.

Allies scorch Rangoon, Burma, before departing: Smoke billows over Rangoon on March 6, 1942, as British forces prepare to abandon the city to the advancing Japanese. As Burma's capital and major port, Rangoon served as a major Allied supply point. Determined to leave nothing of value for the Japanese, the Allies evacuated the city and declared a general scorched-earth policy. Oil storage tanks, refineries, port installations, cars and trucks, stockpiles of tires, and even stocks of blankets and bed sheets were destroyed. The main power station was blown up on March 9 as the last defenders left. The Japanese entered the ravaged city the following day.

Chinese try to help in Burma: Chinese troops arrive in Burma in early 1942 to join the British in the battle against invading Japanese. Concerned about the loss of their Lend-Lease supply routes, the Chinese offered assistance soon after Burma was invaded by the Japanese. The British accepted their help only after the Japanese had broken through toward Rangoon. By late February, two Chinese armies had joined the campaign, but they proved to be little match for the Japanese. The British withdrew to India and the Chinese units returned to China as best they could, some as an undisciplined mob of refugees.

Divided loyalties between British and Japanese in Burma: Burmese civilians trudge north to escape the advancing Japanese in March 1942. Many Burmese resented British colonial rule and supported the Japanese in hopes of obtaining independence. Others, particularly groups such as the Karen and Kachins, remained loyal to the British and organized resistance units to fight the Japanese. They suffered severely from both the Japanese and the puppet Burmese Independence Army. They later provided invaluable aid when the Allies recaptured Burma in 1944-1945.

Check out the next section for a timeline of major World War II events in late February and early March 1942.