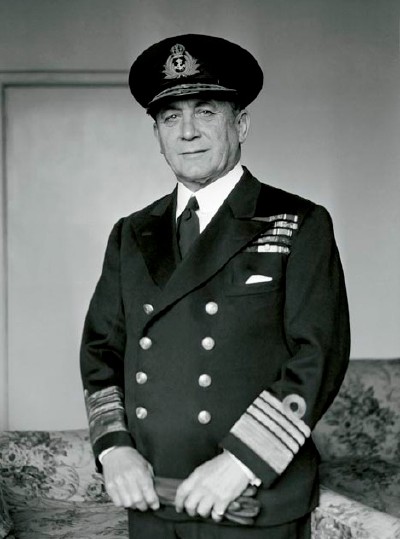 April 1943 found the Allies redoubling their efforts against Axis powers in the Mediterranean. The timelime below analyzes this and other major World War II events.

April 5: The German SS murders 4,000 Jews at the Ponar Woods near Vilna, Lithuania.

U.S. Army Air Forces (USAAF) pilots staging a raid on a Luftwaffe facility in Antwerp, Belgium, miss their targets by more than a mile and kill more than 900 Belgian civilians.

The Allies launch their most intense air raid to date on both sides of the Mediterranean, hitting Axis targets in Italy and North Africa.

April 7: A downcast Benito Mussolini meets Adolf Hitler in Salzburg to discuss the string of recent Axis defeats and to lobby for a separate peace with the Soviet Union, but Hitler convinces him that their setbacks are temporary.

The British government releases the Keynes Plan, named for economist John Maynard Keynes, which calls for the establishment of a world bank.

April 12: Thousands of bodies -- Polish army officers massacred by the Soviet secret police -- are found in Russia's Katyn Forest. The grim discovery is seized upon by German propagandists and denied by the Soviet Union.

April 14: Joseph Stalin's oldest son, Yakov, dies in a German POW camp. Captured in 1941, he was offered back to Russia in a prisoner trade, but Stalin declined.

The U.S. high command is reorganized, as General George Patton is needed to plan the American portion of the invasion of Sicily. General Omar Bradley will take Patton's place as the commander of the U.S. Second Army Corps.

More headlines and images detailing the events of World War II and the developments of 1943 are below.

British Admiral Sir Max Horton's ideas lead to success in Atlantic: Late in 1942, British admiral Sir Max Horton, commander-in-chief of the Western Approaches Command, changed antisubmarine strategy. He sent groups of fast "hunter-killer" ships away from their convoys to attack German U-boats, preventing the formation of "wolf packs." By spring 1943, those tactics had successfully reopened the North Atlantic to merchant and military shipping. As a WWI submarine commander, Horton had responded to an admiral's assessment of all submariners as "un-English" and "pirates" by flying the "Jolly Roger" (skull and crossbones flag) after his sub sank two German ships. WWII British and Australian submariners took up the Jolly Roger as a signal of success.

Next is a World War II timeline listing major events from April 1943, including the courageous Warsaw Ghetto uprising.

On May 16-17, 1943, the British Royal Air Force (RAF) launched Operation Chastise. With a new type of bomb, the RAF attacked three dams (the Möhne, Eder, and Sorpe) that supplied water to the German industries of the Ruhr.

Invented by aeronautical engineer Barnes Wallis, the cylindrical "bouncing bomb" needed to be released precisely and at a very low level. The bomb needed to "skip" across the lake surface to slide down the dam wall and explode.

The bombs were delivered from specially modified Lancasters, which were crewed by experienced (and very brave) British and dominion airmen. A newly formed 617 Squadron, led by Wing Commander Guy Gibson, trained over the dams of England, perfecting the technique, which needed to be performed in the face of intense flak. Of the 19 attacking aircraft, eight were lost. Gibson received the Victoria Cross, while his crews were decorated and celebrated. The dams, however, were repaired within months.

The dam raids boosted British morale more than they damaged the German war effort. Perhaps the most significant result was the creation of the elite 617 Squadron, demonstrating the value of giving highly trained aircrew specialized weapons. Later, 617 Squadron achieved striking success in attacking industrial targets and railroad viaducts with "Tallboy" bombs and in sinking the last German battleship, the Tirpitz, in its Norwegian fjord.