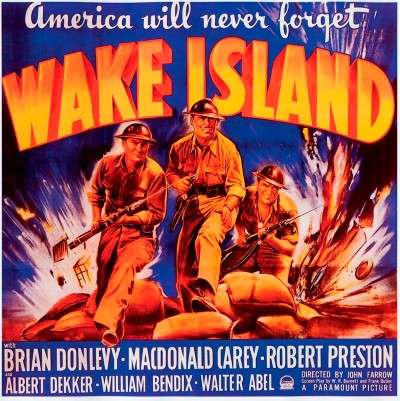 On December 19, 1941, Adolf Hitler became commander-in-chief of the Nazi German army, replacing Walther von Brauchitsch. Learn about this and the other significant events of late December 1941 in the timeline below.

Amending the Selective Service Act, the U.S. Congress requires all men ages 18 to 64 to register. Those 20 to 44 are eligible for military service.

December 20: The soon-to-be legendary pilots of the U.S. Air Force Flying Tigers engage in their first combat mission, dominating their Japanese counterparts in the skies over Kunming, China.

December 22: The 23-day Arcadia Conference begins in Washington, D.C. The United States and Britain agree that defeat of Nazi Germany is their No. 1 objective. They also agree to combine military resources under one command.

December 23: With the United States officially among the world war belligerents, American military leaders hold their first joint war council with the British. They create the Combined Chiefs of Staff to craft Allied strategy.

The last American base in the Pacific between Hawaii and the Philippines is lost with the Japanese conquest of Wake Island.

The Japanese take Jolo Island, the capital of the Philippines' Sulu province.

December 30: Most of Borneo falls to the Japanese.

Read on for details on some of the other major events of World War II that occurred near the end of 1941.

Japan takes Hong Kong: Japanese infantrymen engage in the fight for Hong Kong in December 1941. Though British strategists originally considered Hong Kong too isolated to defend, they hoped that a show of force in 1941 would deter Japanese aggression and preserve British control of the colony. This effort to save face proved to be a miscalculation.

Then, on December 5, Marshal Zhukov launched his major counteroffensive, striking Army Group Center with the 17 armies of his Western Front. They pushed the Nazi Germans back 60 miles, thereby safeguarding Moscow.

A U.S. relief force moved too slowly to reach Wake before the second Japanese attack on December 23. About 2,000 Japanese landed, supported by carrier-based aircraft and naval guns. The defenders resisted effectively, even counterattacking against immense odds, but were doomed when the relief force was recalled to Hawaii. Surrender followed.

Japan's Zero-sen aircraft outclasses Allied fighters in 1941: When the Japanese naval air force became engaged in the conflict, first against China in 1937 and then in December 1941 against the Western allies, its opponents were shocked by the superior quality of its aircraft. Typical of these was the Mitsubishi Zero-sen (Zeke), which entered service in 1940.

A light, highly maneuverable, and well-armed fighter, the Zero outclassed Allied fighters in the Pacific Theater in 1941. It maintained its technological edge into 1942, when design weaknesses such as its light armor protection and non-self-sealing fuel tanks made it increasingly vulnerable to the new types of Allied fighters.

Nazi Germans unprepared for winter on the Eastern Front: As autumn 1941 drew to a close on the Eastern Front, mud froze solid -- as did most lubricating oils. Many vehicles, weapons, and equipment became useless. For Nazi Germans soldiers, winter clothing was not generally available, as the high command had confidently planned for Barbarossa to conclude within four months.

Canadian escorts contribute to the Battle of the Atlantic: From September 1939, convoys left Nova Scotia for Great Britain every eight days. The escorts were usually comprised of a large British warship and two Canadian destroyers. At about longitude 20ºW, the escort group handed the convoy to escorts from Britain, then usually took a westbound convoy to Halifax.

Though the Royal Canadian Navy began the war with just six destroyers and five minesweepers, it expanded to more than 40 times its original size and contributed immensely to the Battle of the Atlantic.