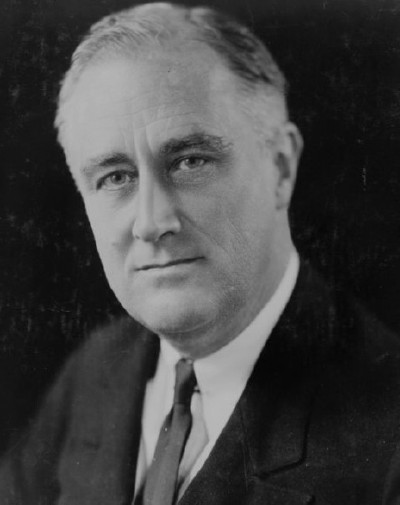 November of 1940 saw a mass execution of Polish intellectuals at Dachau, the first of many such executions by Nazi Germany. The World War II timeline below summarizes this and other important World War II events.

November 5: The tremendously popular President Franklin Roosevelt is elected to a third term, a break from the presidency's traditional, though not mandated, two-term limit.

November 8: Adolf Hitler's annual observance of his 1923 coup attempt is interrupted by an RAF air raid on Munich.

November 11: In the first successful attack by carrier-based warplanes, a flight of 20 RAF biplanes bombs Taranto, Italy, destroying or damaging half the Italian fleet.

Fifty-five Polish intellectuals are murdered in the first of many mass executions at Dachau, the concentration camp outside of Munich.

November 14: Much of the British city of Coventry, including its stunning medieval cathedral, is destroyed in a Luftwaffe raid in which 449 bombers attack the region.

In an embarrassing defeat for the Italian military, the Greek army pushes the Italians out of Greece and follows their retreat into Albania.

Below are more images and headlines detailing World War II events and the Axis and Allied movements of 1940.

President Franklin D. Roosevelt struggles with war decision: While Franklin Roosevelt guided America through the Great Depression of the 1930s, Adolf Hitler and his fellow Axis leaders constructed military juggernauts with the mission to crush the democratic nations of the world. When war broke out in September 1939, Roosevelt's attempts to aid America's allies in Europe were blocked both by Congress and a majority of American citizens committed to the policy of neutrality and isolationism. America's experience in World War I had soured many on the idea of any more "European entanglements," if only because of the great monetary cost. But FDR believed that if the Axis powers were successful in their conquests, the United States would eventually become the only surviving democracy in the world, standing alone and outnumbered against well-armed enemies.

Go to the next page for a World War II timeline detailing important events from November and December 1940, including the completion of plans for Operation Barbarossa, Adolf Hitler's scheme to invade the Soviet Union.

Questions from the Deep

What does a [merchant] steamer look like after sinking six or eight thousand feet? What happens to boats like ours [submarines] when they can no longer be kept from drowning? Are the wrecks crushed into huge compact lumps? Or do the compartments and the ruptured pressure hull flood so quickly with water that the pressure outside and in is soon equalized? Do they therefore retain their shape as they sink onto the seabed? And what happens to the men sunk along with their ships? Do corpses gradually rot in the lower depths? Are there fish that far down, to gnaw the flesh off their bones? There's no one to talk to about such things, no one to provide hard information.

Buchheim, who worked onboard the Nazi sub U-96