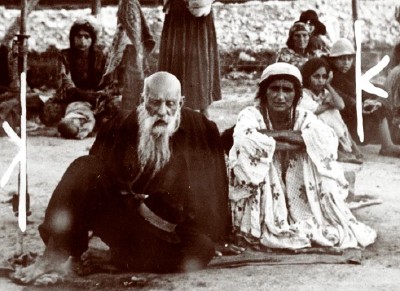 On October 21, 1942, Franklin Roosevelt approved an all-time high $9 billion tax bill. Learn about this and the other important World War II events that occurred during 1942 below.

October 16: The supply line to the Burma front is crippled by a cyclone that claims 40,000 lives and devastates India.

October 18: Adolf Hitler issues a directive calling for the execution of all British commandos who fall into Nazi custody.

October 23: The American M4 Sherman tank, equipped with high-explosive shells and capable of speeds up to 24 mph, makes its battlefield debut in the Second Battle of El Alamein in Egypt.

October 29: An overland military supply route to Alaska is opened with the completion of the 1,500-mile Alaska Military Highway through the Yukon Territory.

October 30: As a U-boat sinks, two British sailors rescue a German Enigma machine. Before they drown, the sailors pass it into Allied hands.

October 31: The cathedral city of Canterbury, England, suffers extensive damage in a retaliatory raid for the RAF bombing of the Italian city of Milan.

Some 100,000 Polish Jews from Bialystok and the surrounding area are marked for deportation to the Treblinka death camp.

Below are more highlights and images that outline the events of World War II and show the details and consequences of the Soviets repelling Hitler's forces in 1942.

Gypsies targeted for extermination by Nazis: Nazis classed the Sinti and Roma people -- nomadic groups commonly called Gypsies -- among the "inferior races." During the 1930s, Nazis arrested Gypsies, sterilizing some adults and making many children wards of the state.

In December 1942, Heinrich Himmler ordered the deportation of Gypsies and part-Gypsies to concentration camps. Scarce information on Sinti and Roma populations makes it hard to estimate how many were killed, but historians believe the number to be between 220,000 and 500,000. Pictured above is a Gypsy couple at Belzec, a camp in eastern Poland built in 1942 to carry out the "Final Solution."

Residents of Le Chambon-sur-Lignon, France, harbor Jews: "Things had to be done, and we happened to be there to do them. It was the most natural thing in the world to help these people." This sentiment was shared by the citizens of Le Chambon-sur-Lignon, a small mountain town in southern France. Under the leadership of a local minister, Andre Trocme, and his wife, Magda, the citizens of the town began hiding Jews in their homes. A network of informants warned Trocme when searches of the town were to be made. Trocme encouraged a cousin, Daniel Trocme, to run a refugee house for children, but Daniel and his wards were discovered and shipped to the Majdanek concentration camp, where Daniel died. The townspeople saved nearly 5,000 lives.

U.S. Wildcat fighter plane sees lots of action: The Grumman F4F Wildcat was virtually the only Navy and Marine fighter that opposed the Japanese air force between Pearl Harbor and August 1943. The Wildcat was slow due to its small engine, but its large, square-cut, folding wings made it agile in battle. It was also more robust than its Japanese adversaries. It required only a short takeoff, and the final model, the FM-2, was the standard fighter on U.S. escort carriers in 1945.

Adolf Hitler overextends his forces: Above, Nazi German troops advance in the Caucasus in October 1942. Adolf Hitler attempted to seize this oil-rich region while other Nazi German troops advanced on Stalingrad. His decision vastly overextended his forces; German men and tanks in the Caucasus quickly outpaced their supply lines. Moreover, they faced impossibly narrow roads and impenetrable walnut forests. In one pointless act, alpine troops scaled 19,500-foot Mount Elbrus and planted a Nazi German flag at the summit. Hitler raged at this, and in the end the Caucasus misadventure destroyed whatever respect he retained for his generals.

Oil fields burn in the Caucasus: With their eye on the region's oil reserves, the Nazi Germans began their ill-fated invasion of the Caucasus on June 28, 1942. In response, the Soviets, as they retreated, carried out the scorched-earth tactics that they had followed in 1941. When the advancing Nazi Germans captured the North Caucasus oil center of Maikop, they found themselves faced with the demoralizing spectacle of burning oil fields.

See the next section for a timeline and headlines of the World War II events from early November 1942.