In most wars, bullets and bombs tend to steal the show.

But knitting is also a weapon, and a wily one at that. And no, it's not because of the sharp needles.

Those who study encryption know that for centuries, wartime knitting has conjured shadowy powers in secret knitted codes — crafted directly into the stitches of garments — that were passed along to allies who decrypted the strands and then planned their responses accordingly.

The practice, which is technically called steganography, has actually been around for thousands of years. It refers to the act of hiding secret messages in ordinary items so as to not arouse suspicion. With enough expertise and calm nerves, a clever person could pass detailed messages right under the noses of even the most intelligent adversary.

To understand how codes are crafted into knitting, you need a bit of a handicraft background.

"Knitting is made up of different stitches, the most common of which are the knit and purl; at its simplest, relatable to binary code," says Melissa Kemmerer, co-creator of Nomadic Knits knitting and culture magazine. "Knit stitches are flat and resemble the letter 'V', while purl stitches are horizontal bumps."

In essence, that means anyone with the right skills and knitting prowess could learn to hide messages in fabric — and there are infinite ways to do so. You could conceal numbers or text as Morse code, which uses a series of basic dashes and dots to relay information.

By alternating these two stitches to produce Morse code, the knitter could send encrypted messages through something like an innocent-looking sweater, Kemmerer says. The message sender could pass along the garment to an undercover agent, who'd interpret the code and send along the message to headquarters. Non-knitters, as many soldiers tended to be, would not likely notice anything unusual about a piece of knitting.

"Knit and purl stitches are regularly used together in patterns to create a variety of common textures (picture the ribbing on the hems and cuffs of a sweater), and the odd purl bump hidden in a pattern of knit stitches could easily be overlooked, or if noticed, assumed to part of the intended patterning," says Kemmerer. "Even when more noticeable stitches were used to encode a message into the garment, it would appear to the uneducated eye to be simply a mistake. Experienced knitters can spot any variation in stitches right away, especially when knowing where to look."

But even though knitting was seemingly an easy way to create a secret message, why bother? After all, the early 20th century saw a boom in long-distance communications technologies.

Well, because knitting was a common sight during many world wars, it was the perfect cover. Women conducted their intelligence activities in broad daylight without raising suspicion.

For example, as World War I dragged on, Belgian intelligence agents made friends with elderly women who lived near railway stations. Conveniently, these women had windows in their homes that overlooked train tracks. They surreptitiously asked these women — who perhaps looked too old and innocent to be spies — to monitor passing Imperial Germany's train movements.

Those who agreed to help followed a system that required them to diligently watch for passing trains. As they knitted throughout the day, they'd purl a stitch when they saw an artillery train. Or, they'd "drop" a stitch if a troop railcar passed — meaning they'd leave a hole in the pattern.

A generation later, during World War II, those themes continued.

"Along with Victory Gardens and scrap metal drives, knitting warm clothing for the men and boys was a way to lift morale on the home front while contributing to the war effort," says Kemmerer. "Resources were scarce around the world; countless supplies and factories were destroyed, leaving soldiers to rely on donations for precious basic necessities like socks and hats."

And once again, it meant that knitting was a way for spies to hide in plain sight. So prolific was this sort of conspiratorial knitting during WWI that during the WWII, authorities took action to slow the spread of knitting patterns.

"While hundreds of thousands of knitters were tasked with practical knitting, dozens of brave women used their knitting to discreetly smuggle military intelligence and secrets. If caught, these brave women faced imprisonment or execution," says Kemmerer. "During WWII, both the United States and the U.K. banned the printing and posting of written knitting patterns, as their repetitive abbreviations could easily be ciphered into codes, but they could hardly ban the act of knitting itself."

Codes aside, knitting was also just a wily bit of subterfuge. After all, who suspects an innocent knitter of nefarious deeds? As it turns out, one of the most famous characters of WWII posed as a crafty type.

On May 1, 1944, a British spy named Phyllis Latour Doyle parachuted into Normandy. She was a highly trained agent taking part in a clandestine Special Operations Executive plan to develop resistance against Nazi forces that were occupying France.

Her weapon of choice? Not daggers or bullets, but knitting. More specifically, the detailed secret codes that she hid in her knitting.

She roamed the countryside pretending to be a teenager. Always helpful and talkative with German troops, she managed to gather many bits of information, ultimately sending 135 coded messages before the Allies finally liberated the country.

"I always carried knitting because my codes were on a piece of silk — I had about 2,000 I could use. When I used a code I would just pinprick it to indicate it had gone. I wrapped the piece of silk around a knitting needle and put it in a flat shoe lace which I used to tie my hair up," she told New Zealand Army News in 2009. Even when shaken down by suspicious German intelligence officers, her system was perfect — they never found her coded evidence.

Given the long history of whip-smart knitters and knitted codes, it's safe to say — if you're ever in a war, never trust anyone carrying a bag of yarn.

Steganography is the act of working a code into an otherwise ordinary item. The first example of this in history dates back to around 440 B.C.E. in Ancient Greece. A slave's head would be shaved, a message tattooed to his scalp, and after his hair grew back, he would be sent to the intended recipient. There, his head would be shaved again and a reply tattooed. Once the hair grew back, he'd return to the initial sender. 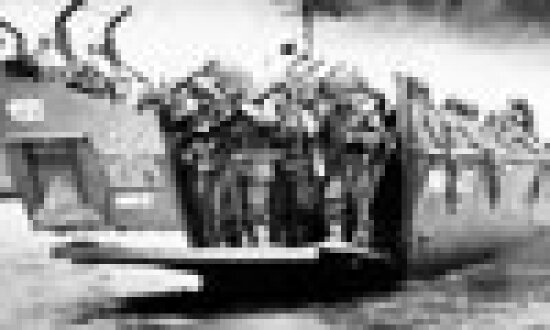 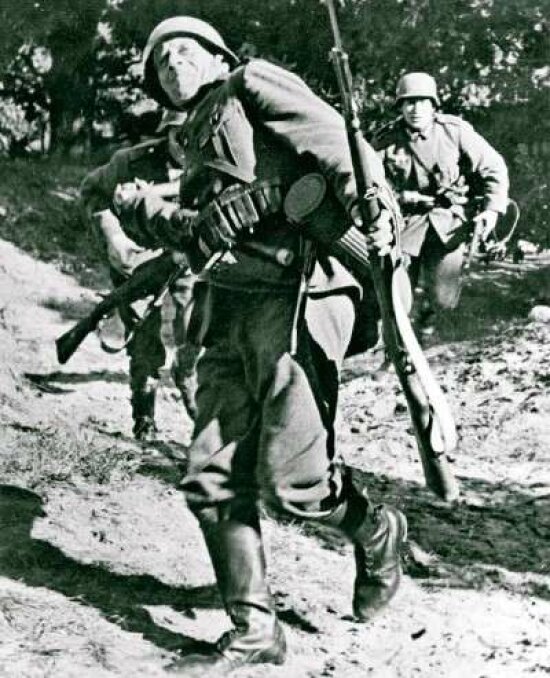 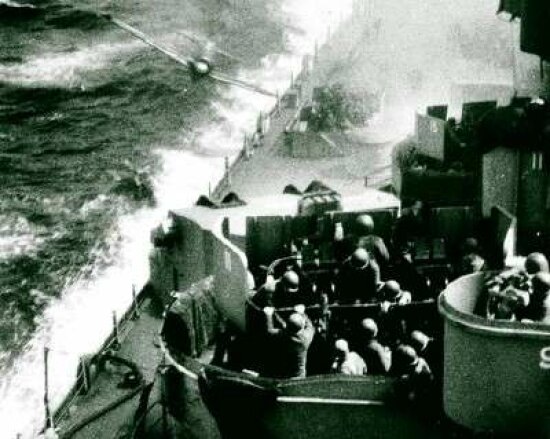