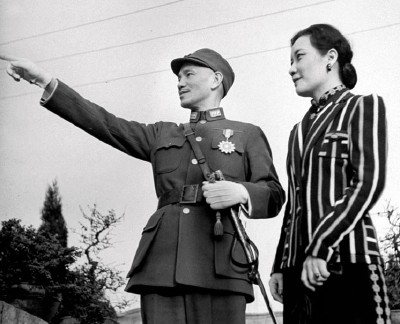 World War II developments of the early new year, 1940, was anything but promising for the Allies, as Adolf Hitler's power increased and Soviet forces attacked Finland. Below is a World War II timeline that summarizes the important events from the first week of January 1940.

January: Temperatures plunge throughout Europe during one of the coldest winters on record.

As many as 70 Jews succumb to starvation and other ills each day in the Warsaw Ghetto .

A study reveals that, in the four months since Britain instituted its policy of nighttime blackouts, traffic deaths have increased nearly sevenfold, with pedestrians comprising the majority of the fatalities.

China mines the Yangtze and Whangpoo rivers in a moderately successful effort to impede shipping by the occupying Japanese forces.

January 2: The Soviet army launches a major offensive against Finland on the Karelian Isthmus.

Rationing is imposed in Britain on such dietary staples as bacon, sugar, and butter.

January 9: Richard Hildebrandt, the SS chief of Danzig and West Prussia, tells SS Reichsführer Heinrich Himmler that he had instructed his troops to execute more than 4,000 mentally ill Polish citizens.

More than 150 die when the massive British liner Dunbar Castle founders off the English coast after hitting a German mine.

Chinese Nationalist Leader Chiang Kai-shek: Chiang Kai-shek emerged as commander-in-chief of the Chinese Nationalist forces following the death of Sun Yat-sen in 1925. During the war with Japan, Chiang and his third wife, "Madame Chiang," were viewed in the West as symbols of Chinese democracy and heroic resistance to Japanese aggression. Yet Chiang, who faced civil war with the Chinese Communists, was neither pro-democracy nor eager to fight the Japanese. He hoped to rebuild and modernize China, and came to be its key military leader after July 1937. His stature at home declined due to rampant corruption in his government. Following the war, the Communists succeeded in driving Chiang from the mainland. He withdrew his government to Taiwan, where he died in 1975.

Nazi Germany defines "degenerate music": In 1938 the Third Reich's respected "culture, art, and theater specialist," Hans Severus Ziegler, organized an exhibition called Entartete Musik (Degenerate Music). The poster seen here -- with its stereotypical Negro playing jazz while wearing a Star of David on his lapel -- crams as many symbols of supposed cultural decay as possible into a single image. The avant-garde music of modern composers, such as Arnold Schoenberg and Paul Hindemith, was regarded as especially pernicious and un-Germanic by Nazi cultural authorities. Of course, if a composer had so much as one Jewish grandparent, any music he chose to write was labeled "degenerate."

Keep reading to learn more about Nazi military operations in Europe at the beginning of World War II. The next page details more important World War II events from January 1940.