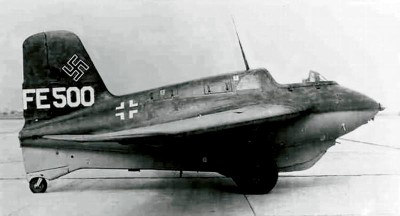 In January of 1945, Nazi forces ran out of resources as Allies continued to gain ground. The detailed World War II timeline below summarizes events in January 1945.

January: Nazi Germany begins to run out of fuel for its military. Tanks are abandoned where they stand.

The Luftwaffe launches a significant attack on Allied bases in France, Belgium, and the Netherlands, but it loses nearly half of its 800-strong air fleet.

U.S. ships en route to Luzon from the Leyte Gulf come under vigorous attack by a fleet of Japanese kamikaze pilots.

January 3: Canada sends its first group of some 13,000 draftees to war in Europe, but many of them throw their rifles overboard in protest.

The U.S. Third Fleet loses 18 aircraft in raids on Okinawa, Formosa, and the Pescadores. Japan loses 12 ships and more than 100 aircraft.

January 5: Despite opposition from British and American authorities, Poland's Lublin government is recognized by the Soviet Union.

January 6: Allied attacks have whittled the number of Japanese aircraft on Luzon to 35 -- a reduction of about 115 in barely a month.

January 12: The Red Army stages a massive assault against Nazi Germany along the Eastern Front, sending more than a million troops to face a German force that is a fraction of that size.

January 14: The Japanese launch a counterattack against British forces at the Irrawaddy River in Burma. The Japanese will not be subdued for a month.

See the headlines and images below chronicling the destruction of World War II throughout 1944 and 1945.

The Messerschmitt Me 163 Komet -- fast but flawed: World War II's only functional rocket plane, the Messerschmitt Me 163 Komet was first used as a fighter by the Luftwaffe in 1944. Its astonishing speed (a maximum of 596 mph) actually made it difficult for its pilots to target the era's much slower bombers. Also, its eight-minute powered flight time and 25-mile range were decided limitations. Moreover, the number of Me 163s destroyed in accidents greatly exceeded the number of enemy planes they shot down. Overall, the Komet was a fascinating experiment that appeared too late in the war to help the Luftwaffe.

The bastion of Bastogne is evacuated: Refugees evacuate the Belgian town of Bastogne in late 1944. When German armored forces began the push that became known as the Battle of the Bulge, many Belgians fled alongside the sparsely deployed American soldiers. But Americans were also headed into the battle. The U.S. 101st Airborne Division reached Bastogne -- a junction where seven main roads converged -- on December 19. German tanks surrounded the town, but the 101st, elements of the 10th Armored, and supporting units held Bastogne until fighting ended in January, preventing easy movement of German tanks along those roads.

Allies bomb Nuremberg: Known for Hitler's elaborate prewar rallies and later as the site of the German war-crimes trials, Nuremberg was also an important manufacturing center for the German war effort. It became a target for Allied bombing raids, and on January 2, 1945, the center of the city -- with its medieval architecture -- was attacked by Allied bombers. The raid was so successful that most of the town's center was destroyed in less than an hour. More than 1,800 residents of Nuremberg were killed and thousands were left homeless.

Hitler inspects bomb damage -- or does he? Though shaken and angered by Allied bomb attacks on German cities, Hitler rarely visited targeted areas. Nevertheless, London's News Chronicle ran this photograph in its January 31, 1945, edition, with a caption claiming that the Fuhrer "is surveying ruins of a German town, the name of which is not disclosed." The paper overlooked (or ignored) the fact that Hitler stopped wearing the swastika armband as soon as the war began. The photo is almost certainly from an official visit to a prewar natural disaster or accident.

Private Eddie Slovik executed for desertion: Private Eddie Slovik's unhappy life included several arrests during his youth, years before he was drafted into the U.S. Army. He arrived in France in August 1944 and deserted a few days later. After returning to his unit, he deserted again and refused to return to service. He was executed in France on January 31, 1945, making him the first American executed for desertion since the Civil War. Influenced by the high rate of desertion among U.S. soldiers, General Eisenhower had denied clemency for the young private.

See the next section for a detailed World War II timeline of events in late January 1945, including the liberation of the embattled city of Warsaw, Poland.