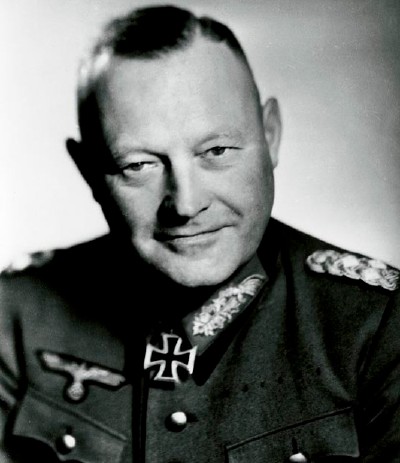 Fighting was fierce in the Pacific theater in July and August of 1944. The World War II timeline below summarizes important events that occurred during July and August 1944.

July 24: The Red Army liberates the Majdanek death/concentration camp near Lublin, Poland. For much of the world, it is their first look at the horror of the Nazis' "Final Solution" for the Jews.

July 26: President Roosevelt meets with Admiral Nimitz and General MacArthur in Honolulu. They decide that the next course of action in the Pacific Theater will be an invasion of the Philippines.

July 31: Hitler promotes a last-ditch, total-war policy that will call on German troops and civilians to destroy everything in their wake as they retreat.

Heavy fighting develops between German and Soviet Union troops as the Red Army approaches the Polish capital of Warsaw.

August: In this month alone, some 67,000 Jews from Poland's Lodz Ghetto will die at Auschwitz-Birkenau.

August 1: With the Red Army on the outskirts of Warsaw, Polish resistance activity moves into high gear.

U.S. general George Patton leads his army on a charge to take the French province of Brittany.

Japanese resistance ends on the island of Tinian.

August 2: The Kriegsmarine attacks Allied shipping in the English Channel with manned torpedoes operated by frogmen.

Below you'll find detailed information on Nazi leaders who conspired against Hitler and other important headlines from this time.

Adolf Hitler's health in decline: Hitler visited his military historian, Walter Scherff, who was wounded in the July Plot explosion. Before the assassination attempt, a brooding Hitler had isolated himself at his Prussian Wolfschanze (Wolf's Lair) headquarters. After being attacked even there, the Fuhrer descended into mental confusion, misanthropy, and hopes of yet winning the war. Although he was only slightly hurt by the blast, Hitler's physical health was also deteriorating. Some historians suspect that he had syphilis, while others cite Parkinson's disease. Many believe that Hitler's doctor exacerbated the dictator's decline with prescription amphetamines, opiates, and questionable quack "cures."

The fate of the anti-Nazi conspirators: Some German leaders realized early on that Hitler would destroy their country, but a series of assassination plans either failed or were abandoned. The July Plot was a desperate attempt that resulted in the destruction of the German resistance. General Erich Hoepner (above), an early opponent of Hitler, was arrested and tortured by the Gestapo, then executed by hanging.

Colonel General Franz Halder (above) -- not involved in the July Plot -- was arrested when searches turned up letters and diaries that implicated him in earlier conspiracies. Halder was sent to a concentration camp but survived the war.

Field Marshal Erwin von Witzleben (above) had been expected to take over command of the Wehrmacht after the coup, but was caught and hanged by piano wire.

Horrors of Nazi concentration camps revealed: As the Allies advanced on Nazi Germany from the east and west, they reached the Nazis' concentration camps and death camps, where most of the six million victims of the Holocaust perished. The Soviets became the first of the Allies to discover one of these scenes of horror when they entered the Majdanek concentration/death camp near Lublin, Poland, on July 23, 1944. Here, Russian soldiers and Polish civilians were overcome by the sights and smells of death. Approximately 360,000 prisoners, mostly Jews, died at Majdanek from gas, hanging, starvation, disease, or overwork. The Red Army discovered only 500 inmates still alive at the camp.

Marines face resistance on the island of Guam: The U.S. seized the island in July 1944 to secure additional airfields for the bombing campaign against Japan. With only 15 miles of potential landing beaches along Guam's west coast, the 18,500-man Japanese garrison knew where to concentrate its defenses and gave the attacking Marines a hot reception. The Third Marine Division landed on beaches swept by fire from the enemy-held high ground. To their right, the First Marine Provisional Brigade encountered easier terrain. However, it also ran into fierce resistance, including an enemy gun position that knocked out two dozen Marine AmTracs.

Fierce fighting on Guam between Marines and Japanese forces: Marine engineers blow up a series of Japanese dugouts during the fighting on Guam. Fierce Japanese resistance to the landings included a series of well-executed counterattacks intended to push the Americans back into the sea. In the Third Marine Division's zone, the struggle for the high ground behind the landing beaches lasted for days. The terrain included 100-foot precipices "that a trained cliff climber with line and spikes would have a hard time getting up," said one Marine.

The betrayal of Anne Frank and her family, mass suicide in the Japanese town of Saipan, and the Warsaw uprising are just some of the events covered on the timeline of World War II events in August 1944 on the next page.

Humans as Fertilizer at the Majdanek Concentration/Death Camp

[T]here was a sloping plain, on which there grew acres and acres of cabbages. They were large luxuriant cabbages, covered with a layer of white dust. As I heard somebody explaining, "Layer of manure, then layer of ashes, that's the way it was done....The SS men used to cart most of the ashes to their model farm, some distance away. A well-run farm; the SS men liked to eat these overgrown cabbages, and the prisoners ate those cabbages, too, although they knew that they would almost certainly be turned into cabbages themselves before long...."