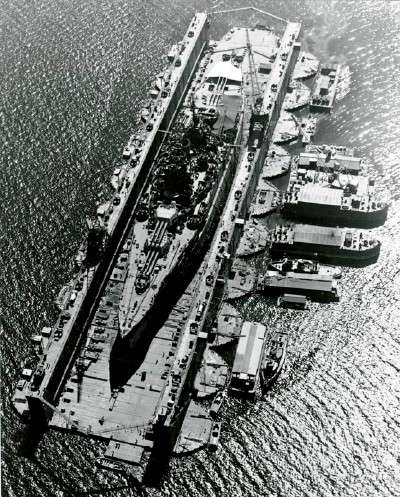 With much of France secured, Allies turned their attention elsewhere in the world in August of 1944. The World War II timeline below summarizes important events that occurred during the month of August 1944.

August 2: Despite relentless pressure from the Allies, Turkey refuses to join the battle against Nazi Germany.

August 4: After years of hiding in an Amsterdam attic, diarist Anne Frank and her family are betrayed to the German police.

The Germans retreat from Florence, the hub of the Italian Renaissance. Though the Germans destroy most of the bridges over the Arno River, which bisects the city, they spare the Ponte Vecchio, which dates to the 14th century.

August 9: With much of France under secure Allied control, General Eisenhower relocates his strategic headquarters to a Reims schoolhouse.

Officials with the Free French headquarters in Algiers, Algeria, announce the demise of Vichy France.

August 10: Hitler moves the entire 2,000-plane Luftwaffe force to Western Europe in a bid to challenge the power of the Allies' collective air strength.

The Japanese are crushed by American forces on Guam, leaving the U.S. with an additional solid forward base in the Marianas from which to bomb the Japanese mainland.

August 12: The Allies open an oil pipeline from Britain to France, greatly alleviating the crippling fuel shortages that had recently stalled offensive operations. It is nicknamed PLUTO, an acronym for Pipe Line Under the Ocean.

Audie Murphy, an American sharecropper's son who will be credited with 240 German kills and will become the most decorated soldier in American history, wipes out a force of Germans occupying a hill.

The Warsaw uprising -- and it's repercussions -- is just one of the events covered below in the WWII headlines from 1944.

The Idaho in dry docks at Guam: The battleship Idaho is lifted out of the water in a floating dry dock at Guam. These repair platforms were constructed in sections in U.S. shipyards, towed to bases, and welded together on the spot. The dry dock was partially submerged to allow a damaged vessel to be towed into place. When water was pumped out of the dry dock's tanks, the whole structure rose, bringing its big passenger up with it. Dry docks carried their own power plants, storage areas, officer and crew quarters, and antiaircraft guns.

Marine riflemen secure strategically positioned Tinian: Marine riflemen fire on the enemy during mop-up operations on Tinian. Marines had landed on the island on July 25, 1944. Located only three miles off Saipan, Tinian offered three valuable airfields for the bombing campaign against the Japanese home islands. The Marines made steady advances thanks in large part to Tinian's flat terrain, which allowed optimum use of U.S. tanks. Despite 9,000 Japanese defenders, the island was secured in nine days, five days ahead of schedule, at a cost of some 300 Marines killed and 1,600 wounded.

Mass suicide on Saipan as Marines arrive: Japanese civilians leapt to their deaths from the cliffs at Marpi Point on northern Saipan. Recognizing that Saipan was lost, two Japanese commanders -- Lieutenant General Saito Yoshitsugu and Vice Admiral Nagumo Chuichi -- committed ritual suicide on July 6. Orga­nized resistance effectively ended the following morning when thousands of Japanese troops perished in a final mass banzai attack. The subsequent U.S. advance to the northern end of the island cornered large numbers of terrified Japanese civilians. Convinced by their own propaganda that they would be tortured and murdered by Marines, hundreds of men, women, and children jumped to their deaths from the cliffs in spite of American efforts to dissuade them.

Polish soldiers rise up against Nazi forces in the Warsaw uprising: On August 1, 1944, some 40,000 Polish Home Army soldiers, including 4,000 women, rose up against German occupiers. Although the Poles captured utilities and an SS food and military uniforms warehouse, Heinrich Himmler quickly sent in more troops and began aerial bombardments. Moscow withheld the help Poles had expected from Red Army troops just outside the city. One Polish patriot wrote, "We are waiting for you, red plague/To deliver us from black death."

German forces quash the Warsaw revolt: German occupiers hung Polish citizens daily and shot groups of captured soldiers and civilians. In Warsaw, 18,000 Polish soldiers and more than 150,000 civilians were killed during the uprising, which raged for 63 days. Little help came from the outside. Much of the Allies' air supply fell into German-held areas. By September, German panzer divisions and infantry had broken the Warsaw resistance. The Home Army surrendered on October 2, 1944, but only after guarantees that Geneva Conventions would be observed for both civilians and insurgents.

See the next section for a detailed World War II timeline of events in late August 1944.