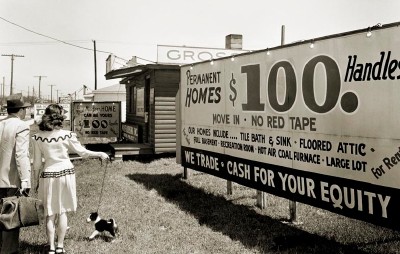 As the summer of 1944 ended, Allied forces continued to make progress against the Nazis. The detailed World War II timeline below summarizes events in late August 1944.

August 18: President Roosevelt announces that he intends to send former war secretary Patrick Hurley to China in an effort to broker cooperation between the Nationalists and the Communists.

August 19: German field marshal Gunther von Kluge, wrongly suspected of involvement with the July 20 Hitler assassination attempt, kills himself. He was on his way home to Berlin two days after being replaced by Field Marshal Model as commander of the German army in the West.

August 20: Disaster befalls the Nazi German army in Romania, as the Romanians effectively switch sides at the same time that nearly a million Red Army soldiers march on the Axis satellite state.

August 21: The Dumbarton Oaks Conference is convened in a Washington, D.C., mansion of the same name. During the six-week international meeting, the framework of the United Nations will be largely agreed upon.

August 24: The Nazis' sense of desperation is growing more apparent as Joseph Goebbels abolishes holidays, closes schools, and extends the work week, all in an effort to increase production for the war effort.

August 25: The Allies roll down the Champs Elysees, as Paris is liberated from the Nazis.

The SS murders more than 120 civilians in the French town of Maille as the Germans continue the practice of committing atrocities as they retreat.

August 26: The Axis satellite of Bulgaria announces that it is pulling out of the war and will no longer tolerate the staging of German offensive maneuvers from its soil.

Below are more headlines and images that outline the events of World War II in late August of 1944.

Ford's bomber plant workforce runs short on housing in Willow Run: When the Ford Motor Company located its Willow Run Bomber Plant in rural Michigan, prospective employees flooded the area. The Willow Run workforce would grow to 100,000, creating a demand for quick housing. This development near Willow Run promises "no red tape" for new tenants who put up $100. Although these new "modern homes" offered plumbing, heating, and other amenities, buildings such as trailers, barns, garages, stores, and at least one chicken coop were also used as living quarters. The Willow Run plant was extremely productive, turning out a bomber every 63 minutes.

Battle of the Falaise Pocket: As the Battle of Normandy neared its end, the German Seventh Army and Fifth Panzer Army found themselves encircled by advancing British, French, Canadian, and American forces. The Germans' only escape route was the Falaise Pocket, an area in northern France. The pocket was held by the Polish First Armored Division, which fiercely fought the retreating Germans. The Battle of the Falaise Pocket raged from August 12 to 21, 1944, with many thousands of German soldiers killed and taken prisoner. Vast amounts of German materiel were destroyed. However, tens of thousands of Germans escaped to the Seine, partly because the Allies' fear of friendly fire among their converging forces prevented them from fully tightening their stranglehold.

Slaves construct the Nazi V-2 rockets: Slave laborers assemble V-2 rockets in the underground Mittelwerk factory near Nordhausen, Germany. About 60,000 prisoners from the nearby concentration camp Dora were put on the production line, and an estimated 10,000 to 20,000 died from overwork in those cold, damp tunnels. Some slaves fought back by sabotaging rockets -- loosening screws, faking welds, urinating on wiring, or leaving out vital parts. Andrew Herskovits, put to work at age 14, said, "The punishment for sabotage was death by hanging -- of course almost anything could be classified as sabotage." More than 200 suspects were hanged, and the bodies of some remained on cautionary display for days.

See the next section for a detailed World War II timeline of events in August and September 1944.

Adolf Hitler believed that Nazi Germany's Vergeltungswaffen (vengeance weapons; V-weapons) would ultimately force Britain to seek an armistice. The V-1 flying bomb was initially developed at Peenemunde, but following an RAF bombing raid in August 1943, the program was moved to Nordhausen. There, slave labor excavated factory and storage facilities deep within the Harz Mountains.

While V-1s could be shot down, deflected, or tangled by barrage balloons, there was no effective defense against the V-2s. Moreover, each of these V-weapons had a powerful psychological impact upon a population that already believed the end of the war was imminent.

The V-3s, the third type of vengeance weapons, were underground cannons that fired small shells enormous distances. Slave labor was employed to construct a vast underground emplacement for these guns on the French coast. However, this was destroyed by the RAF on July 6, 1944. The guns were moved to the southeast of Trier, where U.S. forces overran the site on February 26, 1945.

Finally, the V-4 was a multistage rocked called Rhinbote, of which a few were fired in the last months of the war. The Germans also made efforts to make a multistage missile to hit the United States, specifically New York City, possibly with a nuclear warhead.