Who is the most famous person of all time? 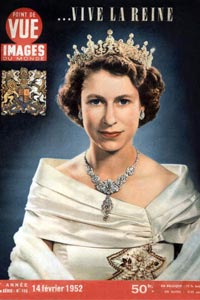 Royalty Image Gallery Queen Elizabeth II may have the most famous face in the world. See more pictures of royalty.
Apic/Getty Images

Have you ever heard of Nate Silver? Does Judith Jameson ring a bell? The editors at TIME magazine certainly hope so since the political analytics guru and director of Alvin Ailey dance troupe, respectively, both made the 2009 TIME 100, the magazine's compilation of the 100 most influential people on the planet [source: TIME]. But having an impressive sphere of influence doesn't necessarily imply fame or celebrity. Aspiring dancers would probably leap for joy at a chance to meet Jameson, for instance, while armchair pundits would prefer a lunch with Silver.

Assessing someone's fame isn't as simple as, say, measuring wealth. In 1966, when John Lennon famously said that The Beatles were more popular than Jesus, no one could judge definitively whether the rock star was off his rocker because no standard unit for fame exists. Given the hordes of screaming fans who greeted the Fab Four at every stop, who was to say that they weren't, in fact, overshadowing the Christian figure?

For one thing, Lennon might miss the mark on the basis of facial recognition. At the time, European and American youth probably recognized The Beatles instantly, but an image of Jesus Christ certainly would've been more identifiable to people around the globe.

Therefore, if we define fame in terms well-known faces, Queen Elizabeth II is certainly in the running for the most famous person of all time. With her reign approaching its sixth decade, the British Queen's visage has graced money, stamps, postcards and even an Andy Warhol screen print. In fact, aside from Jesus, she might have the most reproduced portrait in the world [source: Edwards]. On the other side of the pond, Che Guevara's iconic portrait, based on a 1960 photograph by Alberto Korda, is arguably as recognizable and reproduced. The Cuban revolutionary's somber stare shows up on T-shirts, posters and a hodgepodge of other merchandise as well [source: Holmes].

But judging on the basis of facial recognition largely disqualifies Muhammad, one of the best-known historical and religious figures. The Islamic faith prohibits depictions of the prophet as a means to discourage idolatry, and in 2005, a Dutch newspaper stirred major controversy among Muslim communities when it published cartoon images of Muhammad [source: BBC News].

In that case, we must turn to hard data in this quest for the most famous person of all time. For that, the best resource probably lies in today's instant fame machine, the Internet. 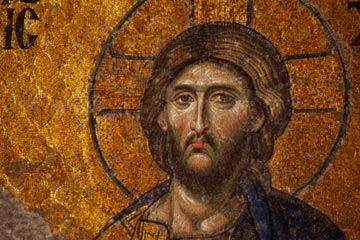 Based on Google search results, Jesus is the most famous person of all time.
Robert Harding/Getty Images

Soon after Barack Obama's inauguration, Dee Myers of Vanity Fair posited that the new president was effectively the most famous living person in history [source: Myers]. She largely attributed that theory to the power of the World Wide Web, which people around the world used to track his path to the White house. His compelling story has international roots, which broadened his appeal, she argued.

Myers' assertion isn't based on any verifiable statistics. However, Eric Schulman, an astronomer and editor of the Annals of Improbable Research, has studied how to measure fame for more than a decade. He also agrees that Barack Obama has achieved universal fame, possibly rivaling anyone else before him [source: Schulman].

In an effort to measure fame quantitatively -- something that has never previously been accomplished -- Schulman relies on Google. According to his research, the modern formula for fame boils down to the number of relevant search engine returns a person's name gets, compared to the search engine traffic of a logarithmic unit of fame (dBHa). That fame unit is derived from the Google results of a celebrity who has enjoyed a constant amount of fame over a long period of time [source: Schulman]. In 1999, when Schulman started his fame research, that unit was Monica Lewinsky. But considering that Lewinsky's fame stock has dropped significantly in recent years, Schulman readjusted his calculations and came up with Beatles guitarist George Harrison.

That switch from Lewinsky to Harrison also highlights the time-sensitive aspect of fame. Many people enjoy their clichéd "15 minutes" these days -- think YouTube personalities -- but their notoriety quickly fizzles out. Therefore, the most famous among us must also remain iconic across generations.

In February 2009, fellow Beatle John Lennon performed quite well in Google compared to Harrison, placing him in the second place of all-time A-list celebrities [source: Schulman]. And the only person to top Lennon in Schulman's experiment? None other than Jesus Christ.

But Schulman's research is limited, since it leaves out Muhammad and Siddhartha Gautama Buddha, who complete the triumvirate of the most famous men in the annals of history. Going back to Google, Jesus still edges the other two, receiving around 45 million hits, compared with 36.8 million for Muhammad and 24.6 million for Buddha.

As for John Lennon, more than 40 years after claiming popularity over Jesus, the late star only clocks in at 14 million Google returns. In history's fame game, it looks like The Beatles didn't overtake religion after all.