by Patrick J. Kiger May 8, 2019
A man panhandles for money and food on April 7, 2015 in New York City. The Great Depression and the factors that caused it are not as distant as most of us may believe them to be. Spencer Platt/Getty Images

If you didn't live through the Great Depression that started in the late 1920s and lasted until the beginning of World War II, it's hard to imagine just how rough many ordinary Americans had it. At the Depression's peak in 1933, the nation's Gross Domestic Product had been cut roughly in half, and nearly one in four American workers was unemployed. Since they didn't have money to pay their mortgages, the foreclosure rate more than doubled and people who lost their homes found themselves erecting cardboard and scrap wood shacks and living in camps known as "Hoovervilles," named after President Herbert Hoover, whom many blamed for the Depression, on the edge of towns and cities. In this 2007 interview published by the Federal Reserve Bank of St. Louis, two men who survived the Depression describe how people around them often were so desperate for food that they eagerly rooted through garbage bins at markets for discarded vegetables and spoiled chicken carcasses.

Even after Franklin Roosevelt's New Deal program eased some of the deprivation, the nation's battered economy continued to struggle, right up until the war brought a massive surge in government spending and created jobs at defense plants for those who didn't go off to fight overseas, as this article from the FDR Library explains.

Why did the Great Depression happen, and could it ever happen again? The Depression's causes have been a longtime subject of debate by historians and economists, though there seems to be a consensus that the economic disaster was the result of multiple factors — some of which led to the event, while others worsened or prolonged it. And while the nation's economy, the financial system and government regulation have changed considerably since the 1920s and 1930s, experts warn that we're still not immune to some of the same risks that contributed to the catastrophe. Worse yet, some mistakes of that era are now being repeated.

Here's a list of five factors that helped lead to the Great Depression:

Robert S. McElvaine, a history professor at Millsaps College in Mississippi and author of "The Great Depression: America 1929-1941," says that the U.S. shifted during the 1920s to an economy heavily dependent upon consumption of mass-produced goods, ranging from automobiles to radios. While sales of those products drove up profits for factory owners and retailers, most American workers' wages grew much more slowly. Eventually, he notes, "people didn't have enough money to buy more things and keep the economy going." Businesses tried to cope by extending consumer credit and allowing people to gradually pay off their purchases, but they didn't have enough income to keep buying new stuff as well.

In the summer of 1929, to avoid having inventory pile up, factories started cutting back on production and laying off workers. "That meant they couldn't buy things, and that led to more and more goods piling up." That started the economy on a downward spiral that contributed to a four-day stock market crash in late October 1929, which erased a quarter of the value of the Dow Jones Industrial Average, wiping out investors and severely damaging public confidence. Circa-1920s income inequity was exacerbated by a series of tax cuts pushed through Congress by Secretary of the Treasury Andrew W. Mellon, ostensibly to stimulate the economy. As one of the world's richest men, Mellon personally benefited from the cuts more than practically all the taxpayers in the state of Nebraska, as one political opponent of the bill pointed out, according to this 2017 Washington Post essay by McElvaine. Ninety years later, income inequality is growing, as this 2018 Pew Research Center study details, and it's a threat to an economy which depends upon personal consumption of two-thirds of its economic output. And Congress in 2017 passed a massive tax cut package, which most Americans see as not benefiting them, according to this April 8 NBC-Wall Street Journal poll.

There's a difference between investing and speculating, which Investopedia defines as putting your money into high-risk investments in hopes of making a killing. But in the 1920s, when everything seemed to be booming, investors often were a bit too trusting. "Many people think of the Dust Bowl or the stock market crash as the proximate cause of the Great Depression," says Todd Knoop, a professor of economics and business at Cornell College in Mount Vernon, Iowa, "But in reality, it was caused by the same factors that have caused financial crises throughout history, in the U.S. and elsewhere: debt-financed speculation. In other words, when people find it too easy to borrow other people's money to speculate on risky ventures—stocks, bonds, subprime housing, etc. — then people risk too much, and prices boom only to eventually bust." Decades later, unfortunately, we're still vulnerable to that psychological flaw. "Markets are prone to thinking that this time it's different, only to find out again and again that it is usually not," Knoop says.

Today, we're accustomed to thinking of the Federal Reserve, the nation's central bank, as the guardian of the economy. That's because its board can use monetary policy — control of the supply of money and credit — to stimulate the economy when it needs a boost, or to put on the brakes when inflation is starting to creep upward. But in a 2004 lecture, former Fed Chairman Ben Bernancke detailed his theory that 90 years ago, the Fed dropped the ball with policy blunders that helped cause and prolong the Great Depression. Starting in 1928, the Fed — hoping to put the brakes on Wall Street speculators who were investing borrowed money — started raising interest rates. That policy succeeded a little too well, as evidenced by the stock market's catastrophic drop in October 1929.

Even after the stock market collapsed, the Fed kept increasing interest rates, Bernanke noted. The reason was that the U.S. — like many other countries — was on the Gold Standard, meaning that the dollar was redeemable in gold and pegged to its value. (Here's an Investopedia article on the Gold Standard.) When panicked investors started trading their dollars for gold, the Fed moved to thwart them. "To stabilize the dollar, the Fed once again raised interest rates sharply, on the view that currency speculators would be less willing to liquidate dollar assets if they could earn a higher rate of return on them," Bernanke explained in his speech. But the high interest rates made it tough for businesses to borrow to weather the hard times, and many went bankrupt as a result. At the same time, according to Bernanke, the Fed also didn't do enough to protect the nation's banks, leading depositors to out their savings and hoard the cash, further worsening the economic crisis.

The U.S. wasn't the only country with such problems, according to Nathaniel Cline, an assistant professor of economics at the University of Redlands and an expert on economic history. "The gold standard helped things along by limiting the policy response of nations around the world — things like lower interest rates and government deficit spending were made much more difficult," he says. "In addition, while Great Britain provided global economic leadership before WWI, after the war the U.S. essentially refused to lead despite being the new center of the world economy." Fortunately, this is one area where policy makers learned their lesson. "In the end, countries dropped the gold standard, and many engaged in deficit spending and monetary policy, and the U.S. established its leadership under the Bretton Woods agreement." That 1944 pact created the World Bank and the International Monetary Fund, as well as eliminating the Gold Standard internationally, as this article in The Balance details.

On the other hand, as a candidate, Donald Trump said that bringing back the Gold Standard "would be very hard to do, but, boy, would it be wonderful," according to this 2016 NPR story. As President, he considered nominating to the Fed board Herman Cain, who wrote this 2012 Wall Street Journal article which advocated redefining the dollar "as a fixed quantity of gold," though in a recent interview Cain backed away from that position, and Stephen Moore, another past Gold Standard advocate, who told CNN that he now favored pegging the currency to "whole basket of commodities.” Both later withdrew from consideration in the face of political opposition.

The Smoot-Hawley Act, which was written in early 1929 when the economy was still going strong but became law after the Wall Street crash, raised U.S. tariffs by an average of 16 percent. The idea was to keep other countries from hurting U.S. manufacturers by flooding the market with lower-priced products, but when those countries responded by imposing their own tariffs, the result was a ruinous global decline in trade that deepened and lengthened the Great Depression. That bit of history worries many people today, due to President Trump's fondness for imposing tariffs in an effort to protect U.S. industries, as detailed in this May 2019 Bloomberg article. "Whichever one of these you want to blame for how bad the Depression was — the maldistribution of income or tariff barriers, the Trump administration seems to want to do both," McElvaine says.

The upshot is that many of the factors that contributed to the Great Depression are still risks. Whether they ever will combine in an economic perfect storm is a harder question to answer.

Learn more about the Great Depression in "Riding the Rails: Teenagers on the Move During the Great Depression" by Errol Lincoln Uys. HowStuffWorks picks related titles based on books we think you'll like. Should you choose to buy one, we'll receive a portion of the sale.

Now That's Interesting
Though the Dust Bowl didn't begin until after the Great Depression was underway, some of the causes that led to massive dust storms — such as neglect of soil conservation practices — actually began in the 1920s, according to the University of Nebraska's National Drought Mitigation Center.

The Devil and Robert Johnson: Did the Blues Legend Really Sell His Soul at the Crossroads?

How to Organize Your Refrigerator Shelf by Shelf 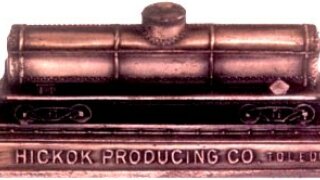 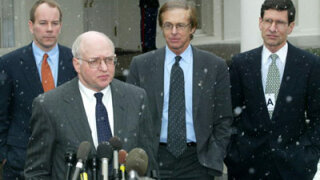 What's the difference between a recession and a depression? 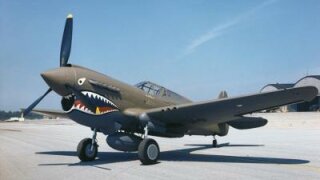 Flight in the Depression