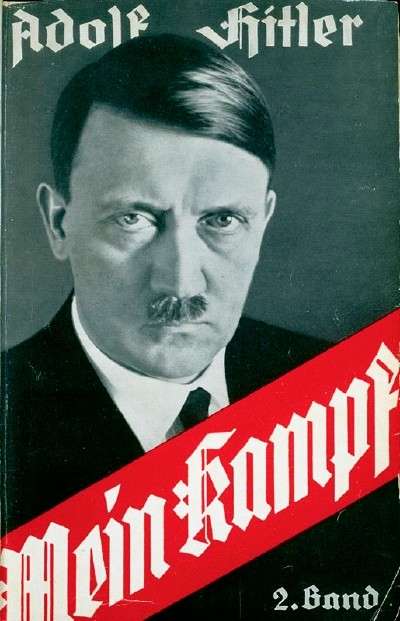 Adolf Hitler found a ready audience for his message (conveyed in his book Mein Kampf), which offered hope and a new order through National Socialism.

The threat posed by fascism lay in the future. In the 1920s, the international order was dominated by the interests of Britain and France, and there was little to menace it. In 1925 a pact was signed at Locarno between Britain, France, Italy, Germany, and other European countries that gave a mutual guarantee of the frontiers agreed upon in 1919. In 1926, thanks to the efforts of German foreign minister Gustav Stresemann, Germany was admitted to the League with a permanent seat on the Council. The willingness of the United States, despite the failure to join the League, to shore up the European economy with generous credits helped to produce a brief period of economic stability from 1924 to 1928.

The high point of the postwar decade was reached in 1928, when U.S. secretary of state Frank Kellogg and French foreign minister Aristide Briand invited the states of the world to Paris to sign a solemn declaration that they would never again resort to war as a means of settling disputes between them. The Pact of Paris was signed by more than 60 states, including the representatives of Italy, Germany, Japan, and the Soviet Union (each of which would launch wars of aggression in the 1930s).

The fragility of the existing order was exposed suddenly in 1929 by a severe economic crisis. The world economy had never returned to full health after 1919, but the buoyant American boom of the 1920s, fueled by expectations of a secure trading future, had masked the underlying problems. When the speculative share bubble broke on Wall Street in October 1929, the impact was catastrophic. Desperate American lenders tried to recall their money at home and abroad, provoking a wave of bankruptcies and widespread unemployment. The economic orthodoxy of the time preached retrenchment and cuts on spending at points of crisis. As governments tried to balance their budgets and the balance of payments, a further wave of economic crisis followed.

The downward spiral was not halted for some time. World trade fell by 60 percent from 1928 to 1932, and unemployment worldwide reached an estimated 40 million workers. The weaker economies, already hit by wartime losses and the inflation crisis, suffered most. In Germany, 30 percent of the workforce was unemployed by 1932 and industrial output was halved. Unwilling to honor debts abroad, Germany faced serious problems. It was rescued only by the American decision to suspend debt repayments for a year. By that stage, the United States faced a business-cycle crisis so severe that many observers assumed that Marx must have been right to predict that overheated capitalism was destined to collapse in revolution.

The political fallout from the economic slump was equally severe. International collaboration to avert disaster evaporated. National economies were protected by new protective walls. In the U.S. in 1930, the Hawley-Smoot Tariff Act (named after the two congressmen who introduced it) placed severe limits on imports. Two years later, Britain adopted a system of Imperial Preference, giving a privileged position to empire traders. Thus, the two largest trading economies in the world became committed to saving their own interests first in order to avoid further risk of domestic political crisis.

In Germany, politics was polarized between extreme right and left. In the 1930 parliamentary elections, both German Communists and National Socialists made substantial gains, taking almost one-third of the popular vote between them. All parties became united in hostility to the major Western countries. The economic slump inflamed existing resentments and ignited new ones. The mood of cautious optimism that had characterized the brief period of stability in the 1920s was replaced with an overwhelming sense of foreboding.