It might seem like smog is a first world problem: Glamorous movie stars in Los Angeles, say, stuck in fancy cars that spew out enough emissions to obscure the Hollywood sign. Of course, smog is actually a problem from Dhaka to Paris. And as Tracy V. Wilson and Holly Frey explain on this episode of Stuff You Missed In History Class, a smog that enveloped London in 1952 — long before cars were clogging freeways — wreaked havoc on the city.

The Great London Smog wasn't your typical "ugh, it looks gross out there" few days. "This was an environmental disaster that was worse than anything that had been documented at that point," Tracy says. "At its largest, the smog was 18 miles (30 km) around London, and before it was gone it had killed thousands of people."

It all started on December 5, 1952 when a rather more typical smog hung in the air during the day. But by nightfall, the smog had thickened to a heavy, sulfurous smelling fog. While normally warm air near the ground rises up through the cold air above it, the air in London near the ground ended up becoming cooler than the air above it — a thermal inversion. All the smoke and pollution from houses, industry, you name it — it was all trapped near the ground. When mist formed in the layer of cold air, the sun couldn't reach the ground to begin the evaporation process. The mucky pollutants were left to hang in the air, where condensed water clung to them and created an acid fog.

And it's not like the chilly December weather was doing them any favors. "It was also colder than normal, so people had to burn more coal than usual to heat their homes," says Holly. "So as the smog wore on, more and more pollution was added to this already stagnant cloud of hovering acid rain."

What resulted was five days of somewhat apocalyptic conditions. Visibility was at a meter (or about three feet) by Sunday, and people literally couldn't see their own feet. Driving was nearly impossible, so abandoned vehicles clogged the roads. "It went on like this for days until the wind finally came to the rescue and it blew the fog down the Thames and out to the North Sea on Tuesday the 9th," says Tracy.

But it wasn't exactly a quick fix. First of all, a "normal" death toll for London during that time period would've been 1,852 people. During the smog days, 4,703 people died. And death tolls stayed at elevated levels for months afterward, as those with lung conditions or health problems continued to be affected by the incident.

Join Holly and Tracy as they tell you even more about the Great London Smog, its atrocious conditions and the fallout on this episode of Stuff You Missed In History Class.

NOW THIS IS INTERESTING
According to the Met Office, 1,000 tons of smoke particles, 2,000 tons of carbon dioxide, 140 tons of HCL acid and 14 tons of fluorine compounds were emitted every day of the smog.

8 Facts About Persian Cats, Kings of the Lap-Nappers 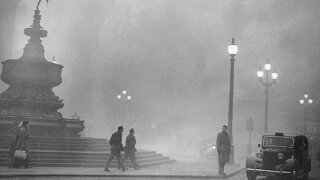 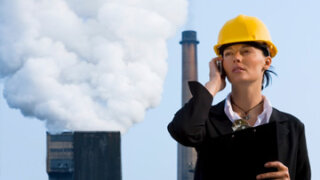 How does smog affect skin? 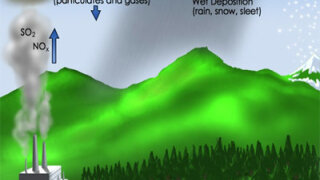