Why the Korean War Still Matters

On June 25, 1950, North Korean tanks rolled across the 38th parallel, the line that separated communist North Korea from U.S.-backed South Korea. As a top secret U.S. intelligence cable from Tokyo to Washington concluded, the incursion wasn't just a mere raid. "The size of the North Korean Forces employed, the depth of penetration, the intensity of the attack, and the landings made miles south of the parallel on the east coast indicated that the north Koreans are engaged in an all-out offensive to subjugate South Korea."

It was the start of a war that has still not ended, nearly seven decades later.

The Korean War, which ultimately would pit the U.S. against China in the first-ever confrontation between the two superpowers, would claim the lives of an estimated 2.5 million military members and civilians, including nearly 34,000 Americans. The fighting would cease with an armistice on July 27, 1953, but the Geneva Conference of 1954 failed to produce a peace treaty, and the North and South remained tense enemies.

In the U.S., the Korean War is sometimes called the "forgotten war" because it's overshadowed by the conflicts that came before and after it — the stirring victory of World War II and the lengthy, painful ordeal of the Vietnam War. "Modern Americans don't think about it much," explains Edward Rhodes, a professor on the faculty of the Schar School of Policy and Government at George Mason University in Fairfax, Virginia, and an expert in American foreign and national security policy. "Vietnam was more traumatic, and World War II was more victorious."

Nevertheless, the overlooked conflict has exerted a powerful influence that is still felt today. According to Rhodes, the war forever changed the course of U.S. foreign and national security policy, compelling the U.S. to accept a permanent military involvement around the globe, even in peacetime. It also helped drive the creation of a vast U.S. nuclear arsenal to deter possible communist aggression with the threat of annihilation, and a global nuclear arms race that still continues.

Why North and South Korea Split

All this happened, according to Rhodes, after Korea, a nation that had been occupied by the Japanese from 1910 to 1945, was split in two by the U.S. and the Russians after World War II. "It was a practical matter," he explains. "There were Japanese armies that had retreated into Korea from Manchuria, and they needed to be disarmed. We split that large task with the Soviet Union, with the understanding that the Soviets would disarm the Japanese in the north, and we would do it in the south." But as the Cold War developed between the U.S. and its European allies and the Soviets, the temporary partition turned into a permanent one, with the formation of a communist regime headed by Kim Il Sung in the North and an authoritarian pro-American government headed by Syngman Rhee in the South. Each regime saw itself as the real government of Korea and its rival as illegitimate, Rhodes explains.

Kim Il Sung decided to settle the matter by invading South Korea, and in May 1950, finally obtained reluctant approval from his patron, the Stalin regime, according to this Soviet diplomatic cable. About a month later, Kim launched a surprise attack, which initially had devastating results. "The South Korean forces just dissolved," Rhodes says.

Truman Goes to War Without Congress

The U.N. Security Council — taking advantage of a Soviet boycott of the body — then passed a measure calling for member nations to assist the beleaguered South Koreans. That mandate enabled U.S. President Harry Truman to respond militarily without having to go to Congress for a declaration of war.

Up until that point, the U.S. hadn't seen South Korea as having much strategic importance, Rhodes says. "But when the North Korean tanks rolled across the border, the image that flashed in Truman's mind was that this was a repeat of what the Nazis did," he explains. "His response is to stand up, thinking that if we had stood up to Hitler early on, the world would have been a better place."

An outnumbered contingent of U.N. forces formed a desperate line of defense around Pusan, the only part of South Korea not captured by the communists, and managed to hold off the invaders for two months. That gave Gen. Douglas MacArthur, who had been placed in overall command of the U.N. forces, enough time to make an audacious amphibious landing at Inchon, near the South Korean capital of Seoul on Sept. 15, 1950, cutting off the overextended North Koreans.

MacArthur's forces chased the invaders back north across the 38th parallel, and by mid-October had captured the North Korean capital of Pyongyang. But MacArthur, overconfident, kept pushing the North Koreans back to the Yalu River, the border with China. China then responded with a massive counterattack of between 130,000 and 300,000 troops. This time, it was the U.N. forces who were driven back. A bloody stalemate on the ground developed, as the U.S. pounded North Korea from the air. MacArthur eventually was relieved of his command by Truman and replaced with Gen. Matthew Ridgeway. The U.S. abandoned the idea of a total victory and shifted to a holding action against the communist forces.

"MacArthur embraced the idea that there's no substitute for victory," Rhodes says. "You beat the enemy, and they surrender." But after the Chinese intervention, "we're in a situation where there's got to be a substitute for victory, because how are we going to fight the manpower of China. There's a realization that we can't fight this war to victory, and it's hard for the American people to accept."

The longer the war stretched on, the more unpopular that it became back in the U.S. Many of the soldiers sent to Korea were reservists who had served in World War II. "They've got homes and families and jobs, and then they were called up and sent to fight another war," Rhodes explains. "There was a feeling that this wasn't fair."

Eventually, Truman's successor, President Dwight Eisenhower, ran on a promise that he would go to Korea and seek an end to the conflict, and actually did that a month before his inauguration in 1953, as this article from the Eisenhower Presidential Library explains.

But though Eisenhower had ended the fighting, the Korean War still shaped his policies. "Eisenhower looked at this as the wrong war at the wrong time, using the wrong weapons," Rhodes says. "He reaches the conclusion that with the Cold War going on with the Soviets, we have to plan for the long haul. We're going to sustain this kind of military deterrence." That led to resources being pumped into the development of a massive nuclear deterrent that could be used to contain the Soviets. Additionally, Eisenhower began attempting to form alliances with more and more countries, in an effort to create a unified front to hold off communist aggression.

"The U.S. was forced to take China more seriously as a military power after fighting to a stalemate in the Korean War," Charles K. Armstrong, the Korea Foundation Professor of Korean Studies in the Social Sciences at Columbia University, says in an email. "Gen. MacArthur [had] severely underestimated the Chinese military's willingness to confront the U.S. and capacity to fight, leading to a bad rout for U.N. forces in the initial months after China entered the war."

China's participation in the Korean War also consolidated Mao's rule and dashed the hopes of some Americans the communist regime could be "rolled back" and replaced by Chiang Kai-shek's Nationalists, Armstrong says.

"Mao's willingness to support the North Koreans directly, as opposed to Stalin's reluctance, helped to solidify China-North Korean relations and cause the North Koreans to be more distrustful of the Russians," Armstrong says. "For the U.S., China was seen from the Korean War onward as the primary ally of North Korea and the primary great power that was an enemy of the U.S. in Korea."

The armistice ended the fighting, but North Korea, now backed by the Chinese, remained as a belligerent enemy to South Korea. That ongoing threat meant that U.S. forces couldn't just withdraw and come home. "The North Korean invasion in the emerging Cold War convinced American policy-makers that the U.S. needed a permanent military presence in Asia and Europe in order to contain communist aggression," Armstrong notes.

Additionally, the Korean War helped set the table for another, even bloodier and more painful future conflict. According to Armstrong, Korea led directly to the U.S. decision to help the French against communist-led insurgency in colonial Vietnam, and then, after the French defeat, to intervene in support of an anti-communist regime in South Vietnam, which blocked an election called for by the 1954 Geneva Conference. That helped set the stage for the Vietnam War.

"The most lasting legacy of the Korean War for the U.S., was the establishment of a global military presence over the long term, and a commitment to confront communism throughout the world during the Cold War, and for Korea and East Asia, ideological and military confrontation that has lasted seven decades," according to Armstrong.

That's included a U.S. force stationed in South Korea as a deterrent to North Korea, which in turn has a massive array of long-range artillery and rockets equipped with chemical and biological weapons aimed at Seoul, according to this recent article from the Council on Foreign Relations. That's in addition to the nuclear weapons and ballistic missile arsenal that Trump so far has been unable to persuade the North Korean regime to give up.

Learn more about the Korean War in "The Coldest War" by James Brady. HowStuffWorks picks related titles based on books we think you'll like. Should you choose to buy one, we'll receive a portion of the sale.

Now That's Interesting
As Rhodes explains, North Korea isn't like most countries, where the state typically develops a political system with parties and organizes an army to protect it. Instead, in North Korea, "the state is a superstructure that floats on top. What's really fundamental is the party and the army."

How Many Legs Does a Millipede Really Have?

5 Reasons You Might Need to Visit the Social Security Office 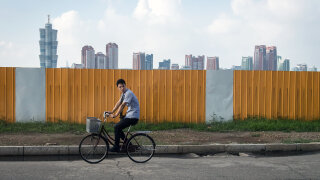 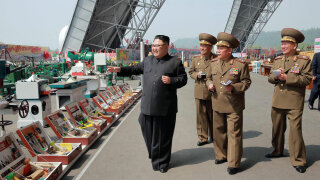 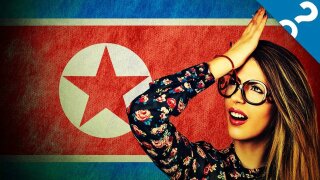