by Laurie L. Dove Nov 27, 2017
While the plague ravaged Europe in the 17th century, a Parisian fascination with lemonade may have lessened the death toll in France's capital. Print Collector/Getty Images

In the 17th century, a return of plague — also known as the black death — killed about 1 million people in France. Oddly enough, the residents of Paris were largely unaffected, despite having the same rat problem as any other large city. The rodents carried fleas that bore the plague. After the plague killed the rats, the fleas often hopped onto human hosts. In this way, the plague spread like wildfire, snuffing out life after life.

The Parisians' miraculous avoidance of the plague could have remained one of history's mysteries, but author Tom Nealon squeezed a potential explanation out of seemingly disparate events. A purveyor of rare books, Nealon is not only a connoisseur of history, but of the impact condiments and foodstuffs may have had on antiquity. His new book "Food Fights and Culture Wars" follows the sometimes-surprising influence food has had throughout history.

"Health and food were intimately connected for the longest time," says Nealon. "Early collections of recipes frequently mixed medical and cookery receipts (as recipes were called), so it's easy to start to conflate them when you are studying the period and old cookbooks. Even after they started to separate, the Renaissance 'Book of Secrets' kept elements of food and home remedies together for centuries longer."

In the case of Paris and its largely unscathed population in the 1600s, the timing of a lemonade trend and the timing of a plague coincided. "I started to wonder what a relationship between the two might be," says Nealon.

Up until the 1600s, lemons had been a rare and expensive fruit. Although lemon trees had been cultivated throughout Europe and Asia in the preceding decades, and a few recipes using lemon as an ingredient had emerged, the citrus fruit was little-used in England and France — both because of cost and the notion that eating raw lemons was harmful. Then an increase in trade and a fascination with lemonade popularized the tart fruit, so that by the mid-1600s, it was widely available.

"During the Renaissance, lemons had been bred and domesticated enough and trade had become organized enough that lemons were sufficiently inexpensive in the mid-17th century to import in bulk," Nealon said. "Lemonade was all the fashion in a number of cities in Italy at the time, especially Rome, and the fad spread directly from there."

The cookbook "Le Cuisinier François," published in 1651 and written by chef François Pierre La Varenne, is considered one of the founding texts of modern French cuisine. It included a recipe that combined lemon juice, water and sugar. This recipe also contributed to the popularity of lemonade in France — and with all this lemonade came lots and lots of lemon peels.

"Lemon peels were in the garbage, in the gutter, in the Seine," says Nealon. "Really, anywhere you find rats."

It was this fortuitous combination of rats and lemon peels that may have stopped the spread of plague. Lemon peels contain limonene, a natural ingredient that kills flea larvae and adult fleas. The more people made lemonade and discarded the lemon peels, the more the rats nibbled on the peels, inadvertently ingesting limonene and killing fleas and their eggs.

"The limonene disrupted the spread of fleas from the rats to people. Because the plague kills so quickly, the fleas needed to move from rats to people and back to rats, over and over again, to keep it going as their hosts expired," says Nealon. "Limonene, a flea killer that is still broadly used in pet treatments, killed the fleas and prevented the chain from getting going."

At the time, and for centuries after the plague subsided, the survival of Parisians was attributed to an airing out of goods — blankets, bedsheets, clothes — that had been quarantined. At the time it was mistakenly believed that the illness traveled by air, when really it was the rats and fleas traveling with the quarantined goods that were at the root of the plague. If not for the Parisians' love of lemonade, many more may have met a tragic end.

Now That's Interesting
Between 1900 and 2012 (the latest year for which data is available), there were 1,006 cases of plague in America, most of which were successfully treated with antibiotics.

The Card Game That Wants to Stop the Border Wall 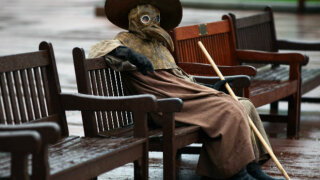 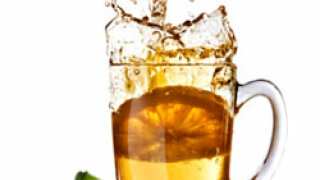 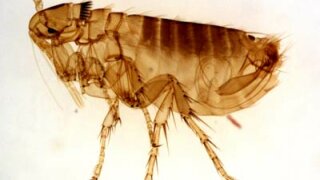