by Bryan Young Feb 29, 2016
In 1857, Oregon citizens voted to reject the institution of slavery within the state but not allow free blacks in the state. M. Angelo/Fuse/Thinkstock/HowStuffWorks

In 1857, approximately 10,000 residents of Oregon had the task of voting for their new state constitution, and they were asked three questions.

1. "Do you vote for the Constitution?" Overwhelmingly, voters supported their constitution.

"No free negro, or mulatto, not residing in this State at the time of the adoption of this Constitution [i.e., 1857], shall come, reside, or be within this State, or hold any real estate, or make any contracts, or maintain any suit therein ... "
Oregon State Constitution, 1857

2. "Do you vote for Slavery in Oregon?" And the voters of Oregon rejected the institution of slavery within their borders.

3. "Do you vote for free Negroes in Oregon?" And the majority voted no.

This wasn't an act of cognitive dissonance. David F. Walker, a writer and adjunct professor at Portland State University explains to us by email, "It was pretty simple, early settlers in Oregon didn't want black people here. It wasn't so much that they were opposed to slavery, as they didn't like blacks."

She continues, "That is why the first Exclusionary Law in 1844 outlawed slavery and also banned Black people from living here, and including the lash law, that said Black people would be whipped publicly every 6 months up to 39 lashes until they left the state. That is the brutal mechanism Oregon set in place to further its conception of this state as a white homeland."

Oregon exemplifies what was going on in the rest of the U.S. at the time, only, as Imarisha notes, the state was bold enough to write it down.

So how did it change? The laws of the land eventually made these exclusionary laws illegal, from state constitutional amendments to the Civil Rights Acts, but those didn't necessarily fix the problem. Walker offers more history to understand the context of the time: "It wasn't until World War II, when the Kaiser Shipyards needed people working on the assembly line that blacks were really allowed in the state. In the early 1900s, members of the Ku Klux Klan were deputized officers of the law in Portland. All of this still lingers in the air."

How? Imarisha cites a report released by the Portland Housing Bureau in 2015. She say the report "found that if you are Black, if you are Latino, if you are indigenous, you cannot afford to live in Portland. So in essence Portland is still a white homeland. It begs the question, if the mechanisms are different but the outcome is the same, how much have things really changed?"

But things are progressing in direct opposition to the stated goals that founded the state of Oregon.

"The very fact that Black communities exist in Oregon at all is astounding, because they were never meant to," Imarisha says. "Under the most brutal and oppressive conditions, Black people and other people of color have resisted, they have organized, they have built, and they have struggled to make Oregon a better state for everyone. Communities of color do not need saviors to tell us how it's done, we need allies."

Perhaps knowing the history of a thing like this can create more of those needed allies.

How Daylight Saving Time Increases the Risk of Having a Stroke 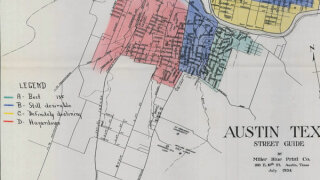 Stuff You Missed in History Class Podcast: A Brief History of Redlining, Part I 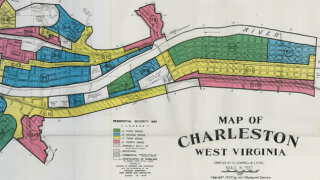 How Do Doctors' Biases Affect Your Health Care?