by Bryan Young Apr 4, 2016
This 1838 French print by the Thierry brothers imagines the landscape and inhabitants of the moon. The stories that ran in The Sun would inspire multiple artists. Notice those moon beings kibitzing in the foreground. Science & Society Picture Library/Getty Images

On Aug. 25, 1835, The Sun ran the first in a series of newspaper articles describing scientific findings from the moon, reprinted from the Edinburgh Journal of Science and recounted by Dr. Andrew Grant, a colleague of the famous astronomer Sir John Herschel. This series featured some of the most popular articles the New York newspaper ever printed and had people clamoring for the breaking scientific information of the day.

"The 'Moon Hoax' was probably one of the most successful hoaxes ever perpetrated on an unsuspecting public."
Deseret News, May 13, 1893

The one problem with this?

The articles were completely fake.

Grant didn't exist, and the findings printed had no basis in scientific fact. The articles purported to describe the flora and fauna of the moon, as well as the beings that lived there and the temples they resided in. Here's a quick (and fanciful) excerpt about those beings:

"They average four feet in height, were covered, except on the face, with short and glossy copper-colored hair, and had wings composed of a thin membrane, without hair, lying snugly on their backs ..."

They reported on the moon beings' way of life, how their societies worked and what they looked like. The telescope that allegedly saw these wondrous things was located at an observatory at the Cape of Good Hope.

These stories of life on the moon captured the imagination of the people from one end of the U.S. to the other. Newspapers couldn't print them fast enough. Artists set out to recreate the images spoken of in the articles.

People believed this. And why wouldn't they? Would you expect to encounter unlabeled satire in your newspaper of choice?

Furthermore, who would perpetrate such a thing? And why?

Following the money, it seems obvious. Richard Adams Locke was the name of the man behind the hoax, and he was an editor at The Sun. Locke meticulously went about his work of trying to make people believe the stories, dropping items in the paper beforehand and establishing the unquestionable scientific reputation of the names involved (Sir John Herschel, for example). Then, he released the articles, where they only grew in absurdity.

The Sun's papers flew off the shelf, getting reprinted all over the country and the world, with people believing Locke's fanciful satire. He claimed for a while that he hadn't intended for anyone to believe the tales and that when he wanted to go public, the owner of the paper refused to allow him. It would be many years before these ridiculous moon findings were able to be debunked in the press.

Today, the world sees this phenomenon continue on the Internet. How many times do you see an April Fools' Day article get repackaged by an outlet that doesn't do its due diligence and then you find that secondary source on your Facebook feed, shared a million times with everyone believing it as fact?

Tracy Duncan, editor of Club Jade, the popular pop culture news site dedicated to "Star Wars," told us via email, "There's no way your standard news outlet is going to knowingly report a hoax as fact these days. People are far too willing to disbelieve and discredit outlets for far less than that. And on the other side of the scale, there are still people out there who fall for stories from The Onion."

So whether you find that there are temples on the moon or "Firefly" has been revived for a second season, be sure to double-check the original source. People are liable to believe anything as long as it looks official enough.

NOW THAT'S COOL
Edgar Allen Poe claimed the Great Moon Hoax plagiarized a satire he'd written just a few weeks earlier about a man who made his way to the moon by hot air balloon. 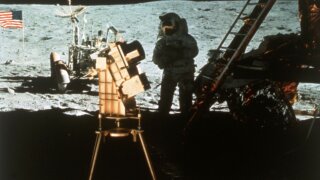 Why Do Some People Believe the Moon Landings Were a Hoax?

Here's What Scientists Just Determined About the Moon's Influence on Rainfall 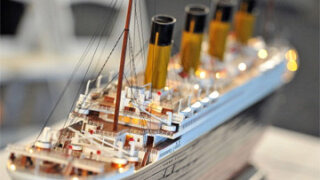 Did the moon doom the Titanic?